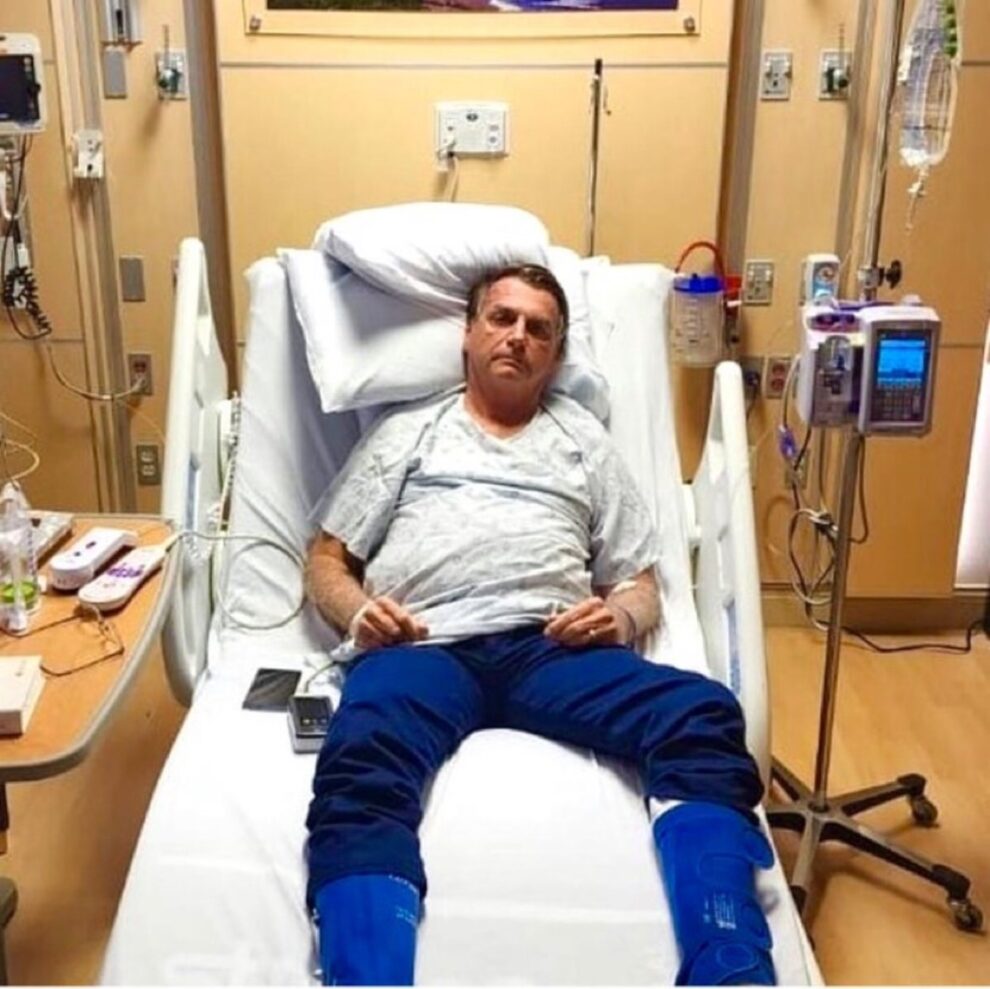 Brazilian far-right ex-president Jair Bolsonaro tweeted a photo of himself from hospital in the United States on Monday, a day after his supporters drew international condemnation by invading the seat of power in Brasilia.

Bolsonaro posted the photo showing himself in a hospital bed in Orlando, Florida, the southern US state where he travelled two days before the end of his term on December 31.

The former Brazilian leader was stabbed in the abdomen in an attack that nearly claimed his life during his winning campaign in 2018, and has undergone multiple surgeries since.

He tweeted that “Yesterday I had new adhesions” and was hospitalised “in Orlando/USA.”

“Thank you for your prayers and messages for a speedy recovery,” the 67-year-old continued.

News of his hospitalisation came the day after far-right protesters invaded the presidential palace, Congress and Supreme Court in the Brazilian capital, trashing the buildings in scenes reminiscent of the January 6, 2021 attacks on the US Capitol by supporters of then-president Donald Trump, a Bolsonaro ally.

Earlier on Monday Bolsonaro’s wife Michelle had confirmed on Instagram that the far-right leader was under observation at the hospital “due to abdominal discomfort stemming from the stabbing attack he suffered in 2018”.

The Orlando hospital did not immediately respond to an AFP inquiry.

The former leader snubbed the traditional handover of the presidential sash when the man who beat him at the polls, veteran leftist Luiz Inacio Lula da Silva, took office on January 1.

He has been staying at the Orlando home of Brazilian former mixed martial arts champion Jose Aldo, a stone’s throw from Disney World.

Bolsonaro also took to Twitter Sunday night to condemn the “pillaging” in Brasilia, but rejected Lula’s claim he incited the attacks, defending the right to “peaceful protests.”

Bolsonaro has had a series of health problems stemming from the knife attack in 2018, perpetrated by an attacker who was found mentally unfit to stand trial.