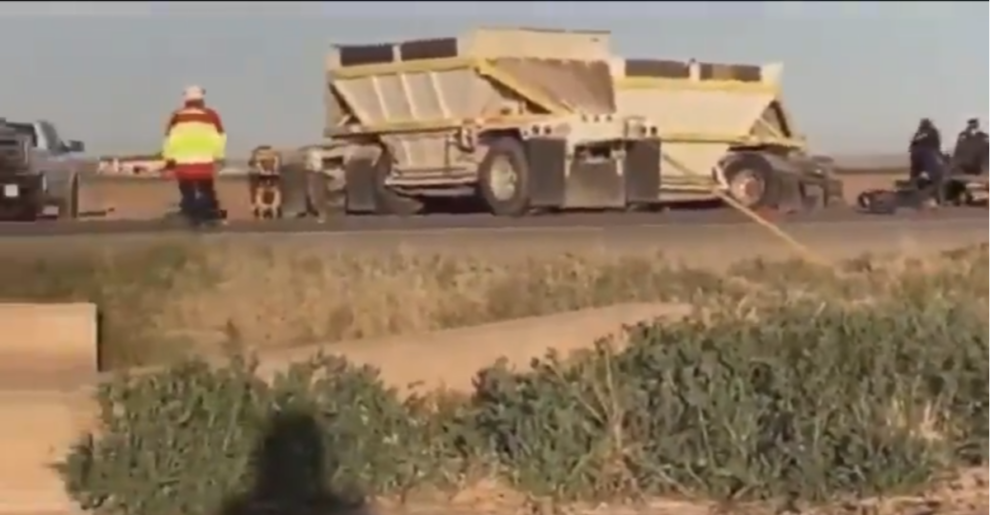 At least 13 fatalities reported and many injuries confirmed by emergency scanners in the area following a major crash involving Ford SUV and big rig truck in California, near the Mexico-USA border.

Massive emergency response is in progress. All hospitals are notified.

Earlier reports indicated that a bus was involved in the collision. However, according to ABC News it was crash between Ford SUV and big rig truck.

First video footage from the scene of the crash in Imperial County:

#BREAKING: New footage shows the scene after a bus and truck collided on HWY 115 near Holtville, California. Preliminary scanner reports suggest at least 12 people have been killed or injured. Video via Mario Gomez on Facebook. pic.twitter.com/YTtL3BwAsc

First video (courtesy of FOXLA) of the crash between two vehicles in Imperial County: