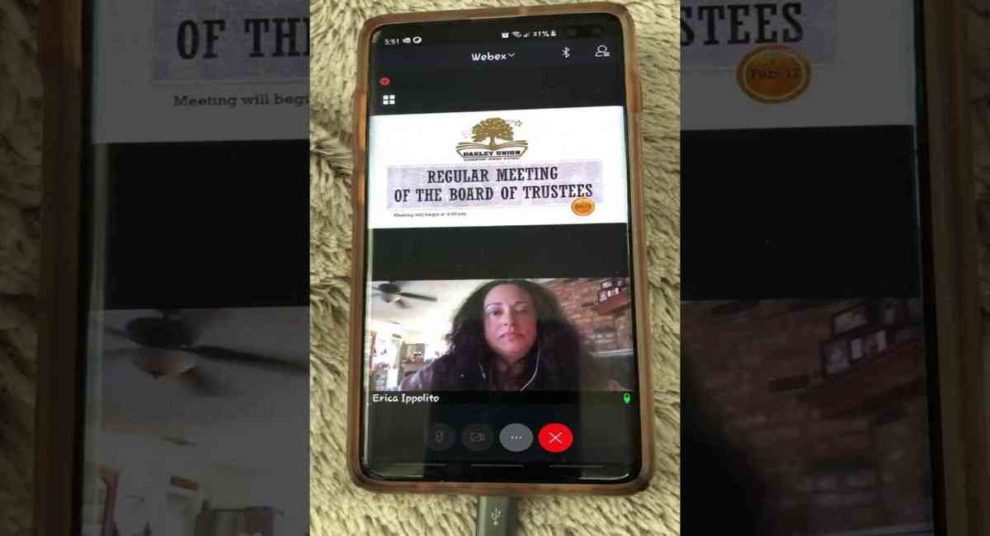 According to a leaked video, California school board members were caught making fun of parents who requested the reopening of schools for in-person classes.

The Oakley Union Elementary School Board arranged an online meeting on Webex on Wednesday afternoon. The meeting agenda was to discuss plans for their children to return to school amid the COVID-19 pandemic.

Before the meeting started, many board members allegedly thought that no parents were on the call and continued to ridicule them.

‘Are we alone?’ board member Kim Beede asked. ‘B**ch, if you are going to call me out I am going to f**k you up! Sorry! That’s just me.’ Beede jokingly threatened parents who had requested board members about school re-openings.

“They forget there are real people on the other side of those letters that they’re writing. They don’t know what we know behind the scenes, and it’s really unfortunate they want to pick on us because they want their babysitters back,” said a board member, Lisa Brizendine.

“I totally hear that because my brother had a delivery service for medical marijuana. The clientele were parents with their kids in school,” board member Richie Masadas said.

One of the California parents who joined the online meeting recorded the video.

“These board members need to resign,” Mercedes Schlapp, former Trump aide and WH Director of Strategic Communications posted on Twitter.

Superintendent apologized for the situation

The superintendent of a California school district board made an apology for “truly inappropriate comments” of the board members.

“Last night at the Oakley Union Elementary School District Regular Board Meeting there were unfortunate and truly inappropriate comments made that many people heard,” Greg Hetrick said in a statement. “The comments made were not in alignment with our vision and are definitely not what any of us stand for as leaders. I know that we lost trust in the community. I will not make excuses for what happened or why it happened.”

Hetrick further said: “I know that our students deserve better from us. I pledge to work collaboratively with stakeholders and community members to begin doing the important work that helps to rebuild community trust in our district.”

Consequently, a petition has started on Change.org with the title ‘Oakley Union Elementary School District Board Members – Resign immediately or be recalled’.

Over 2,250 people have now signed the petition and many parents posted comments on the petition page. One comment stated: ‘My kids deserve better than this violent and uncaring bunch of bullies.’

UPDATE 12:20 PM EST: Lisa Brizendine, the President of the Oakley Union Elementary School District Board of Trustees has resigned after leaked video scandal.