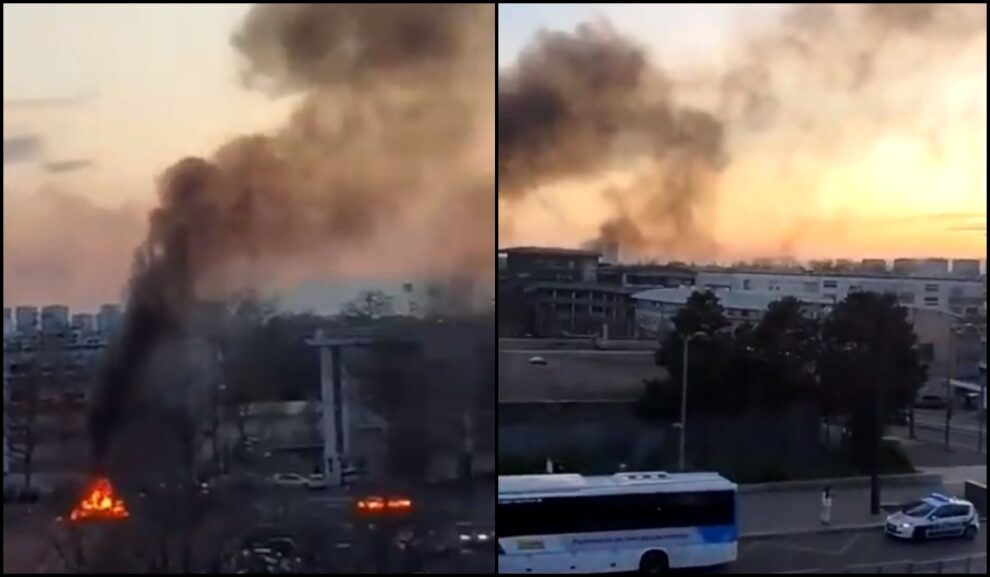 Multiple cars set on fire in Lyon, France, according to Le Progrès. Firefighters requesting for help.

This is the fourth evening in a week when urban violence has occurred in Lyon and in the metropolis, Le Progrès reported.

According to the prefecture:

“Five vehicles were burned in Feyzin by two persons. The latter was arrested.
In the Mermoz-Pinel district of Lyon, a vehicle and 5 garbage cans caught fire. No arrests have been made at the moment.
In both cases, there were no clashes. And the situation was quickly brought under control by the police.”

This urban violence started last Thursday at La Duchère with dozens of individuals acted in front of the Lycée La Martinière-Duchère. The next evening, several car fires occurred in Rillieux-la-Pape. Finally on Saturday, the commune of Bron particularly the district of Parilly were the victims of urban violence.

A post on Twitter in response to the violence said, “Gangs from “sensitive areas” build road blocks, set cars on fire and attack the police in the French city of Lyon tonight. Just another normal day in France.”

During the urban violence which happened in Bron on Saturday, a 15-year-old boy was taken to the Hôpital Femme-Mère-Enfant in serious condition, according to Le Progrès.

The La Martinière high school remained closed on Friday March 5, 2021 after the urban violence started last Thursday on the Duchère plateau, in the 9th arrondissement of Lyon (Rhône).