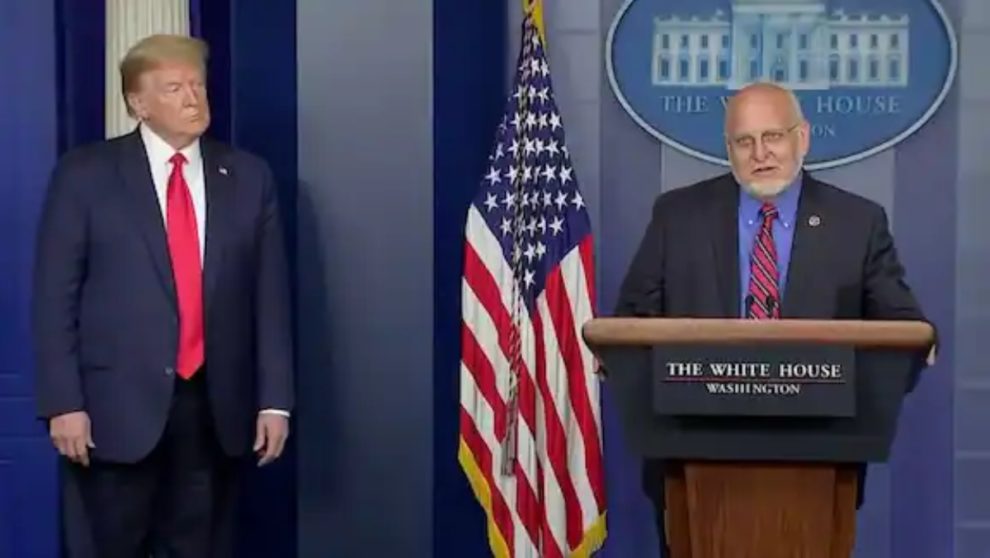 Robert Redfield received death threats from fellow scientists after backing the theory that COVID-19 could be a result of a lab leak from Wuhan in China, reports Vanity Fair.

“Certainly a lab-based origin is one possibility,” Dr Walensky told CNBC in May.

The threats, according to the former CDC director, came after a March 26 CNN interview in which he told the network, “I am of the point of view that I still think the most likely etiology of this pathogen in Wuhan was from a laboratory, you know, escaped.”

“Received death threats from fellow scientists,” Redfield told in a Vanity Fair interview published on Thursday. “After the interview aired, death threats flooded his inbox,” Vanity Fair noted. “The vitriol came not just from strangers who thought he was being racially insensitive but also from prominent scientists, some of whom used to be his friends. One said he should just ‘wither and die.’”

“I was threatened and ostracized because I proposed another hypothesis,” Redfield lamented in Thursday’s interview. “I expected it from politicians. I didn’t expect it from science.”

Robert Redfield emphasized that he was “not implying any intentionality,” but he believed a Chinese virologist contracted the virus by accident and then unintentionally transmitted it outside the lab.

Research on coronaviruses in bats

Three places in the world are doing this kind of research on coronaviruses in bats, said Dr. Richard Ebright, board of governors professor of chemistry and chemical biology at Rutgers University. Here’s what the Vanity Fair report mentioned about him:

“Dr. Richard Ebright, board of governors professor of chemistry and chemical biology at Rutgers University, said that from the very first reports of a novel bat-related coronavirus outbreak in Wuhan, it took him “a nanosecond or a picosecond” to consider a link to the Wuhan Institute of Virology. Only two other labs in the world, in Galveston, Texas, and Chapel Hill, North Carolina, were doing similar research. “It’s not a dozen cities,” he said. “It’s three places.”

The possibility that Covid-19 originated at the Wuhan Institute of Virology was briefly investigated by the media during the early stages of the pandemic. However, media outlets quickly took a more combative stance on the subject, with media organizations such as The Washington Post and National Public Radio claiming that the theory had been “debunked.” However, the revelation last month that the US intelligence community learned three of the lab’s scientists became ill with symptoms similar to Covid-19 in October 2020 — well before China began cooperating with world health officials — sparked renewed interest in the virus’s origins, prompting President Joe Biden to issue a statement.

First Covid patient, a Wuhan lab worker, may have been infected by a bat: WHO Official