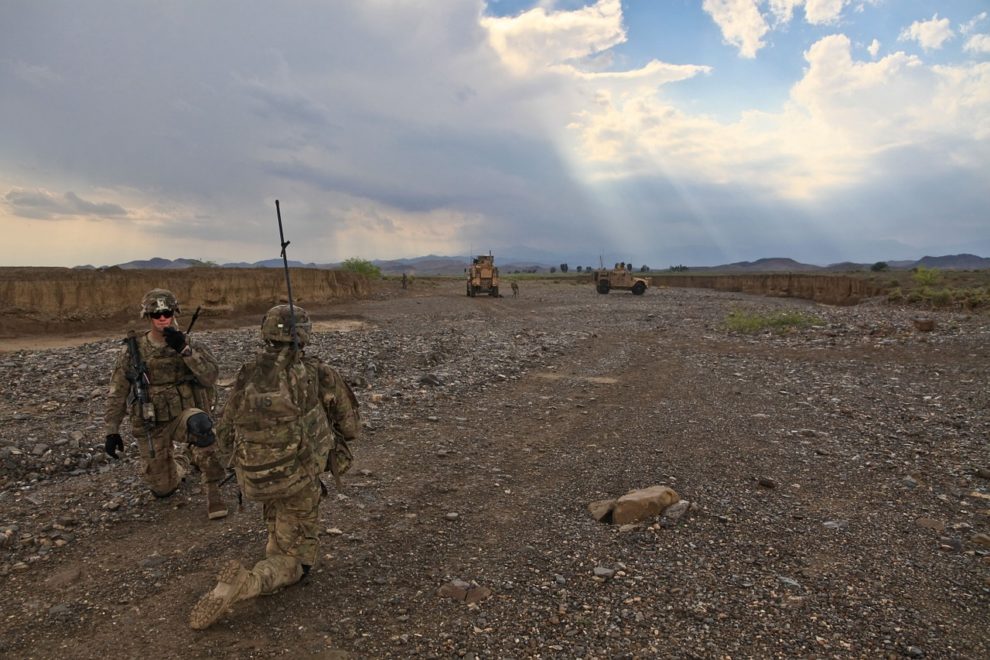 July 9 UPDATE:  – The Taliban regards China as a “friend” of Afghanistan and hopes to speak with Beijing about investing in reconstruction work “as soon as possible,” according to Suhail Shaheen, the group’s spokesman.

Suhail told This Week in Asia in an exclusive interview that the Taliban now controlled 85 percent of the country and that it would ensure the safety of Chinese investors and workers if they returned.

“We welcome them. If they have investments of course we ensure their safety. Their safety is very important for us,” Taliban spokesperson said by phone, reports South China Morning Post.

As the United States prepares to withdraw from Afghanistan, China is preparing to go in and fill the void left by the departing US and NATO troops, The Daily Beast reported.

With its Belt and Road Initiative (BRI), China is poised to make an exclusive entry into post-US Afghanistan. According to reports, Kabul authorities are intensifying their engagement with China on an extension of the $62 billion China-Pakistan Economic Corridor (CPEC), the BRI’s flagship project.

According to international media, the project involves the construction of highways, railways, and energy pipelines between Pakistan and China—to Afghanistan.

American troops left Afghanistan’s main and final US military base on Friday, and while the initial withdrawal date was set for September 11, security officials told a British newspaper that the majority of troops would be out by July 4.

One of the specific projects on the table, according to another source privy to conversations between Beijing and Kabul, is the construction of a China-backed major road between Afghanistan and Pakistan’s northwestern city of Peshawar, which is already linked with the CPEC route. “There is a discussion on a Peshawar-Kabul motorway between the authorities in Kabul and Beijing,” the source told The Daily Beast on condition of anonymity. “Linking Kabul with Peshawar by road means Afghanistan’s formal joining of CPEC.”

In other words, the Afghan government is welcoming China immediately after bidding farewell to America.

China has long wanted to expand its Belt and Road Initiative (BRI) to Afghanistan, and has been pleading with Kabul to do so for at least a decade. However, the US-backed Afghan government was hesitant to join the BRI for fear of upsetting Washington.

“There has been continuous engagement between the Afghan government and the Chinese for the past few years but that made the US suspicious of President Ashraf Ghani government,” The Daily Beast’s source said. He added that now, the engagement is growing “more intense,” as US forces are leaving and “Ghani needs an ally with resources, clout and ability to provide military support to his government.”

China intends to connect Asia with Africa and Europe via land and maritime networks spanning 60 countries as part of its BRI strategy. The strategy would not only promote inter-regional connectivity, but would also increase China’s global influence at a cost of $4 trillion. Because of its location, Afghanistan can provide China with a strategic base to spread its influence across the world, ideally located to serve as a trade hub connecting the Middle East, Central Asia and Europe.

According to The Daily Beast, a senior officer in Afghanistan’s foreign service informed him that Chinese officials met with Afghan Foreign Minister Salahuddin Rabbani about five years ago to discuss the extension of CPEC and BRI.

The minister was intrigued—until an Indian ambassador went on the offensive to oppose the deal. According to the source, the Indian ambassador to Afghanistan even approached the US ambassador in Kabul to express his concerns. Finally, the American ambassador allegedly pressured Rabbani into withdrawing from further CPEC talks with the Chinese.

In another instance, “an emotional diplomat openly accused President Ghani of siding with the Chinese and offering them Afghan resources,” the source told The Daily Beast, and the project was stalled.

However, in light of the US withdrawal, Beijing may be in a good position to pick up where they left off and push Kabul to join the BRI, especially if the US withdrawal results in the establishment of the Taliban regime. Chinese officials have reportedly been in contact with Taliban representatives on a regular basis since the Trump administration signed a peace deal with the militant group in February.

“The Taliban certainly offers a more unified partner to Chinese. But other regional countries have been trying to bring together warlords to think of resistance rather than of peace with the Taliban,” the source told to The Daily Beast.

China has launched some strategic projects in Afghanistan as part of its homework strategy, including the construction of Taxkorgan airport on the Pamirs Plateau in the northwest Xinjiang Uyghur Autonomous Region,which shares a border with Afghanistan China also constructed and operates the Gwadar seaport in Pakistan’s Balochistan province, which borders Afghanistan. Taxkorgan and Gwadar are both being developed as part of CPEC.

As China’s strategic partner, Pakistan could prove a trump card for China in the Afghan endgame. “I think China could achieve more success than the US in Afghanistan given its close ties with and enormous leverage over Pakistan,” Sudha Ramachandran, an India-based analyst on South Asian political and security issues, told The Daily Beast. “China wants to ensure that instability in Afghanistan does not impact BRI adversely, and it wants to push Afghanistan to join CPEC or BRI.”

What China really needs to extend its Belt and Road Initiative to Afghanistan is peace. Beijing has gone so far as to offer the Taliban billions of dollars in infrastructure and energy projects in exchange for peace in Afghanistan.

There is no doubt that the strategic assets in Taxkorgan, Wakhan, and Gwadar will strengthen China’s logistical infrastructure, assisting the country in achieving its long-term economic and security goals in the region. Peace, on the other hand, is the true key to China’s master plan for a post-US Afghanistan.