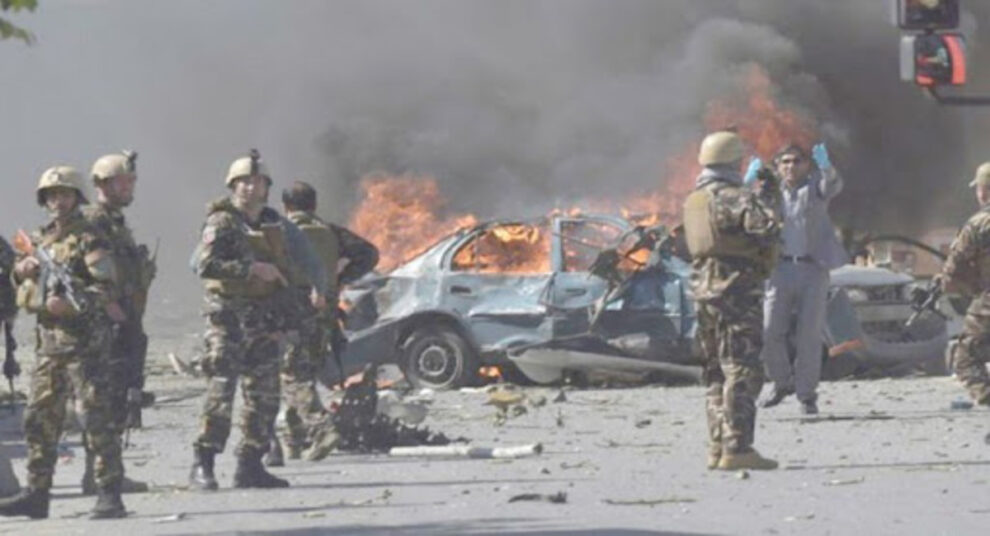 The American presence in Afghanistan appears to be far from over. Although Trump initiated the process of withdrawing US troops from Afghanistan’s soil, recent data reveals that the numbers are still alarming and that the actual number of Americans is considerably greater than the officially reported data. In the midst of this scenario, the new president, Joe Biden, still remains indecisive about the future of American policy towards Afghanistan, but his interventionist posture generates some expectations about this topic.

This week, The New York Times published an article affirming that the actual US military force in Afghanistan is greater than what is officially announced. According to the article, which cites American, European and Afghan officials, there are at least 1,000 Americans in Afghanistan more than the figures reported by Washington. The Pentagon claims that there are currently only 2,500 soldiers in that country, figures that do not include the 1,000 soldiers appointed by the media. So, there is a clash of speeches and most likely a desire by the Pentagon to omit the actual numbers for some reason yet unknown.

Certainly, the American soldiers omitted are those who are part of the special operations forces and, in this sense, the reason for the omission of the data would be for absolutely strategic reasons. According to an anonymous NYT source, these special units deployed on Afghan soil perform secret services that mutually assist the Pentagon and the CIA. This means that, despite official figures indicating a withdrawal process, American intelligence continues to act strongly on Afghan soil. It is clear that such services cannot be stopped suddenly, especially in a danger zone disputed by several militias linked to international terrorism. However, considering that the Americans have open negotiations with the Taliban which is the main terrorist group active in Afghanistan, it is difficult to speculate what activities the special forces would actually be carrying out on Afghan soil.

Still, the number of soldiers is only one factor in a major problem. Regardless of what data is real and the secret services carried out by Americans in Afghanistan, the deadline for the total withdrawal of troops is approaching – May 1, 2021 – and Biden does not have many options to consider about it. Trump initiated the withdrawal of troops against the Pentagon itself, which established a minimum number of 8,600 troops in the country to guarantee American interests. Biden, despite appearing much more interventionist than Trump, during his years as Obama’s vice president, defended the decrease of American troops in Afghanistan – an agenda that at that time did not develop. Now, as president, Biden can choose one of two paths: either follow his old desire, already initiated by Trump, or toughen up an interventionist policy (which he adopted as a speech during the election campaign) and try to manage the deal with the Taliban.

Secretary of State Antony Blinken has been trying to manage the diplomatic crisis since he took office. He recently organized a meeting between leaders of the Taliban and the Afghan government, which was protested by both of them. In short, the American desire has not changed with Biden: Washington continues to want to raise the Taliban’s status to that of a formal belligerent group, capable of negotiating with National States, ending the classification as a terrorist organization. But some data on the Taliban’s praxis complicates American plans.

Last week, the Taliban carried out an attack in the Afghan city of Herat that left seven dead and more than 50 injured. The group previously attacked and dominated the central district of Faryab province, forcing the local police to surrender and bringing terror to the population. As we can see, the Taliban has not abdicated from any of its practices. Terrorist activity remains central to the group and this puts Washington in a situation of instability in the face of the Afghan government. In fact, the day after the withdrawal of American troops, the Afghan government will be forced to seek alternative alliances to confront the Taliban. The current situation in Afghanistan, being forced to release prisoners from a terrorist group in order to comply with the terms of an agreement in which it did not even participate, is truly humiliating and this will certainly lead to the breaking of ties with the American government.

An alternative to this scenario would be to return to the US the soldiers whose presence on Afghan soil is officially reported and to keep special agents at the disposal of the Afghan government for cooperation in counterterrorism. But this does not seem to be the interest of Washington, which keeps its agents in the country and yet remains inert in the face of several Taliban attacks and insists on prioritizing this group in negotiations than the Afghan government itself. In the end, the worst-case scenario appears to be the most realistic: the US will not actually end its presence in Afghanistan but will not use it to collaborate with the local government against the Taliban.