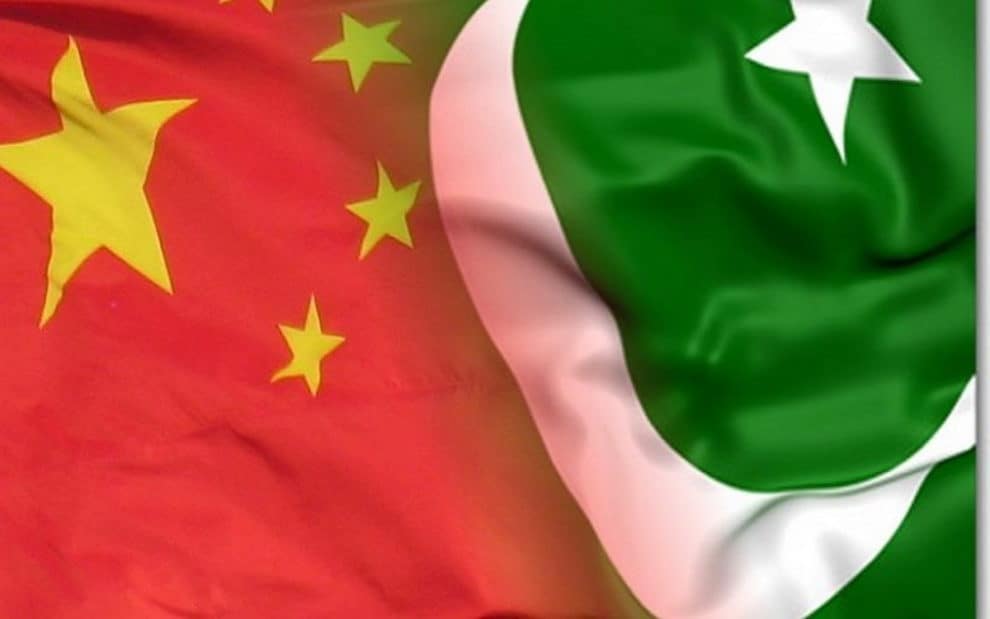 Pakistan and China established diplomatic relations on 21 May 1951. The first high-level official delegation visited China just three months after its liberation, on 4 January 1950. But the bonds of friendship go back to centuries-old trade relations when Chinese traders traveled through Pakistan on their business trips to the Middle East, Europe, and the rest of the world through the ancient Silk Road. Famous Monks Fa Xian（法显）) and Xuan Zang（玄奘）have been traveling to areas in what is now known as Pakistan more than 2000 years ago.

This relationship has built on the strength of its successive achievements and has become more formidable with each passing day and year. The leadership of both countries is committed to taking this relationship forward.

To understand the depth of this unique China-Pakistan relationship, here is a review of the milestones reached over the years:

1950: Pakistan becomes the third non-communist country, and first Muslim one, to recognize the People’s Republic of China and dispatched its high-level delegation to China on 4 January 1950.

1951: The two countries established formal diplomatic relations on 21 May 1951.

1955: Visit of Vice President Madam Song Ching Ling to Pakistan, marking the first high-level visit from the Chinese side.

1956: Visit of Prime Minister H.S. Suhrawardy to China, which was the first high-level visit from Pakistan.

1963: Pakistan and China conclude a boundary agreement through peaceful negotiations. Pakistan is the most friendly country in China’s neighborhood, with which it never has any difference of opinion or border dispute.

1964: Pakistan International Airlines (PIA) starts its flights to Beijing, becoming the first non-communist country’s airline to fly from Beijing, entering into a new era of linkages between the two countries. Pakistan was the window for China to interact with the rest of the world.

1970: Pakistan facilitates the first visit by US President Nixon to China, paving the way for the first-ever US-China official contact, leading toward the normalization of Sino-American relations.

1983: Pakistan and China sign an MoU on Educational Exchanges, which led 32,000 Pakistani students to study in China today.

1989: The two countries sign an agreement on Reciprocal Encouragement and Protection of Investments. China is the largest investor in Pakistan.

1995: Agreement for Traffic in Transit is signed between the Governments of Pakistan, China, Kazakhstan, and Kyrgyzstan, opening avenues of transit trade with other Central Asian states and the whole of Eurasia.

1995: Prime Minister Benazir Bhutto visits China as a special guest to attend the 4th Women’s Conference in Beijing, bringing the women of the two friendly nations closer to each other.

1999: The contract to jointly develop and produce JF-17s was signed, a landmark event in Pakistan’s Defense Industry.

2001: Premier Zhu Rongji visits Pakistan on the occasion of 50 years of establishment of diplomatic relations.

2001: China and Pakistan sign an agreement on Tourism Cooperation, opening unlimited opportunities in the development of the tourism Industry.

2005: Bilateral MoU on Cooperation in Information Technology is concluded. China is a leader and provides Pakistan a huge opportunity for learning from Chinese achievements.

2005: “Treaty of Friendship, Cooperation, and Good Neighborly Relations” is signed between the two countries, further cementing their ties of friendship.

2010: JF-17 inducted in the Pakistan Air Force. It is the backbone of our Air Force and is already being exported to other countries.

2013: Premier Li Keqiang visits Pakistan in May and both sides issue a Joint Statement on Deepening Comprehensive Strategic Cooperation, which became the basis of CPEC.

2013: Pakistan and China sign the landmark Memorandum of Understanding on Cooperation for the Long-term Plan on China-Pakistan Economic Corridor, a flagship project of the Chinese mega initiative, BRI.

2013: Pakistan awards a contract for the construction and operation of Gwadar Port to China. Gwadar will become the economic hub of world trade and economic activities after its completion in 2030.

2013: Both countries signed a Memorandum of Understanding on the Cooperation of Developing China-Pakistan Economic Corridor Long-term Plan and Actions, opening the flow of FDI and investment into Pakistan.

2014: The governments of Pakistan and China agree on the construction of 27 km Orange Line metro train project in Punjab

2015: Chinese President Xi Jinping undertakes a landmark visit to Pakistan, both countries signed over 50 documents, including the agreement on CPEC outlining projects worth $46 billion. The pledged investment has already risen to $62 billion.

2016: The two countries celebrate the 65th anniversary of the establishment of diplomatic relations.

2016: China and Pakistan unveil the long-term Plan of China-Pakistan Economic Corridor (CPEC), paving the way for further cooperation and collaboration.

2018: CPEC enters its Second Phase, focused on the social-economic development of Pakistan at a faster pace.

2019: Visit of the Chinese Vice President to Pakistan in May

2019: The two sides celebrate 2019 as the year of sister-cities/sister-provinces, China and Pakistan share several MoUs signed as sister cities or provinces.

2019: Pakistan hosts the Third China-Afghanistan-Pakistan Trilateral Foreign Ministers Dialogue in Islamabad, a breakthrough in the diplomacy toward resolving the Afghan Crisis.

2019: Visit of Prime Minister Imran Khan to China in October

2019: CPEC Authority has been set up to coordinate and monitor progress on CPEC Projects

2019: A CPEC Cell was also established in the Prime Minister’s Office

2020: CPFTA-II became operational from 1st January, after which Pakistan may enjoy better access to the Chinese market.

2020: Extensive bilateral coordination in the wake of the coronavirus pandemic, China is the major contributor that extended the largest assistance to Pakistan in fighting the outbreak.

2020: Visit of the President Alvi to China in March 2020, MOUs signed including MOU to established JWGs on Science & Technology and Agricultural Cooperation

Pakistan and China enjoy close and friendly relations since the establishment of diplomatic relations in May 1951. Over the years, the relationship has blossomed into an “All-Weather Strategic Cooperative Partnership”, with CPEC at its core. Pakistan considers China as one of its closest friends and partners and China considers Pakistan to be its “Iron Brother“.