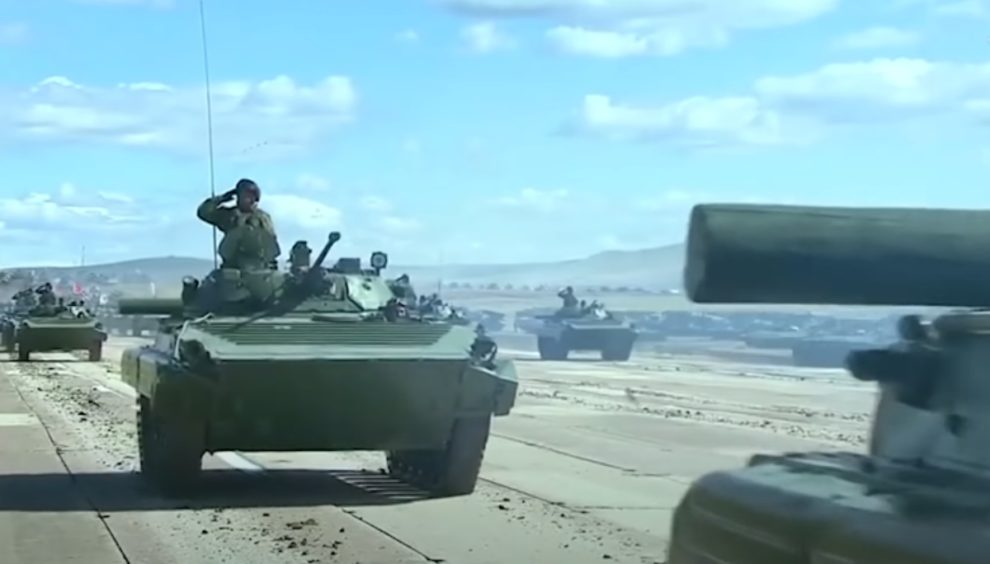 As territorial talks between the two sides failed over the weekend, the Chinese army put tank regiments through their paces near the Indian border, according to state media.

The Chinese Xinjiang military district, which faces Indian troops at an elevation of 5,000 metres (16,400 feet) in the Karakoram Mountains, has been actively improving its high-altitude tank battle capabilities, according to state broadcaster CCTV report.

Talks between Indian and Chinese army commanders to disengage troops from key friction areas along their border have ended in a stalemate, the two sides say, and have failed to end a 17-month standoff that has occasionally resulted in deadly clashes.

In a statement issued on Monday, India’s defence ministry said it made “constructive suggestions,” but the Chinese side was ” not agreeable” and “could not provide any forward-looking proposals.”

The ongoing standoff means that the two countries will keep troops in Ladakh’s forward areas for a second consecutive winter in dangerously cold temperatures.

According to another report, a brigade in western Sichuan conducted a live ammunition test-fire of grenade launchers for the first time.

According to SCMP, the PLA has also given soldiers in Xinjiang and Tibet the latest Type 15 lightweight tank, which is designed for mountainous terrain.

Two weeks ago, the Xinjiang military district conducted overnight live-fire drills with self-propelled guns and rockets on the Karakoram range in minus 10-degree Celsius snowy conditions, the report stated.