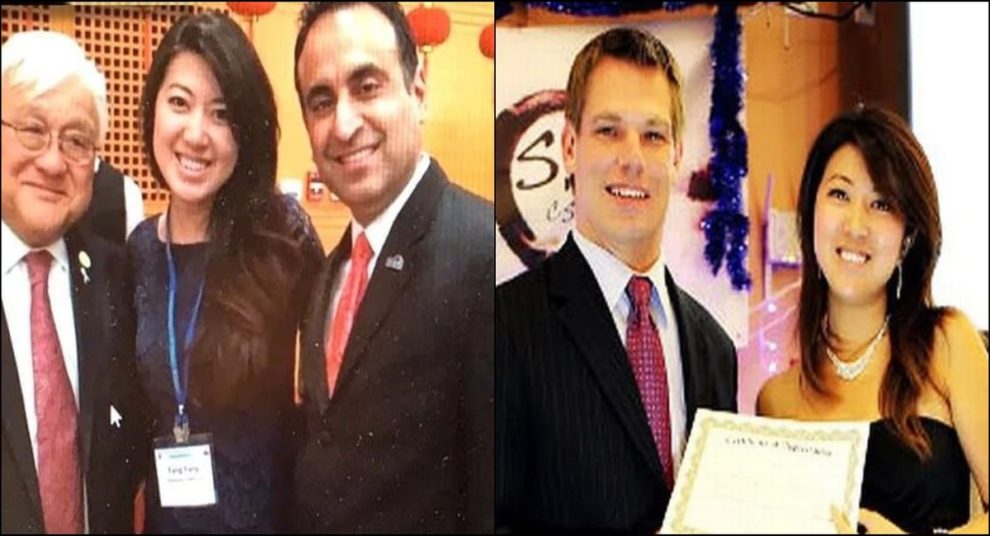 According to recent reports, an alleged Chinese spy slept with US mayors in order to gather classified information for her Chinese handlers. The suspected Chinese spy stationed in the Bay Area for the period of Obama administration grew close to Rep. Eric Swalwell. The relationship became imitate soon. Consequently, the FBI had to intervene. Reportedly, FBI officials provided Rep. Eric Swalwell with the defensive briefing. The alleged Chinese spy has been identified as Christine Fang, a Chinese national.

Christine Fang operated via campaign fundraising, extensive networking with higher officials, his charismatic personality and occasionally romantic relationships. Christine Fang targeted mainly up and coming local politicians who were located in the Bay Area. Christine also had across county targets who held the potential to be prominent on national stage. The Chinese spy allegedly slept with democratic party mayors as well.

At the moment, U.S officials do not believe that Christine passed on any sensitive information. The case was thoroughly pursued by U.S officials who examined the entire relationship via an intelligence network. The officials also included that the nature of information Christine was gathering was far from classified. She was acquainted with Swalwell at the time he was a council member for the Dublin city in California.

The Dublin city also happens to be a part of China’s long term plan of targeting officials with potential to be prominent on the national state. Christine was allegedly introduced to Swalwell via a student organization run by Chinese students. It was observed that she quickly initiated close ties with Swalwell’s office. Reports indicate that she also assisted him in bringing big donors. Political analysts feel that she was establishing a relationship of trust.

The relationship was caught on by Federal investigators who became alerted by Fang’s activities and increasing intimacy with Eric Swalwell. This is the time when Eric Swalwell was given a defensive briefing. It is also reported that after meeting the FBI officers, Swalwell immediately cut off all ties with Christine. United States intelligence maintains that Swalwell has not committed any wrong in the entire situation and has only assisted the officers.

Christine was put under strict surveillance by the FBI. During this time, Christine was primarily targeting Democratic politicians as opposed to Republicans. As the FBI continued to keep a closer eye on Christine, she abruptly left the country. She returned to China, it is reported that this was the time when she was called off the mission by her Chinese handlers.

It was also found that Fang had at least been involved in two sexual interactions with elected officials. These reports were gathered by the FBI electronic surveillance mediums. Swalwell, who happens to be married has refused to participate in this investigation.