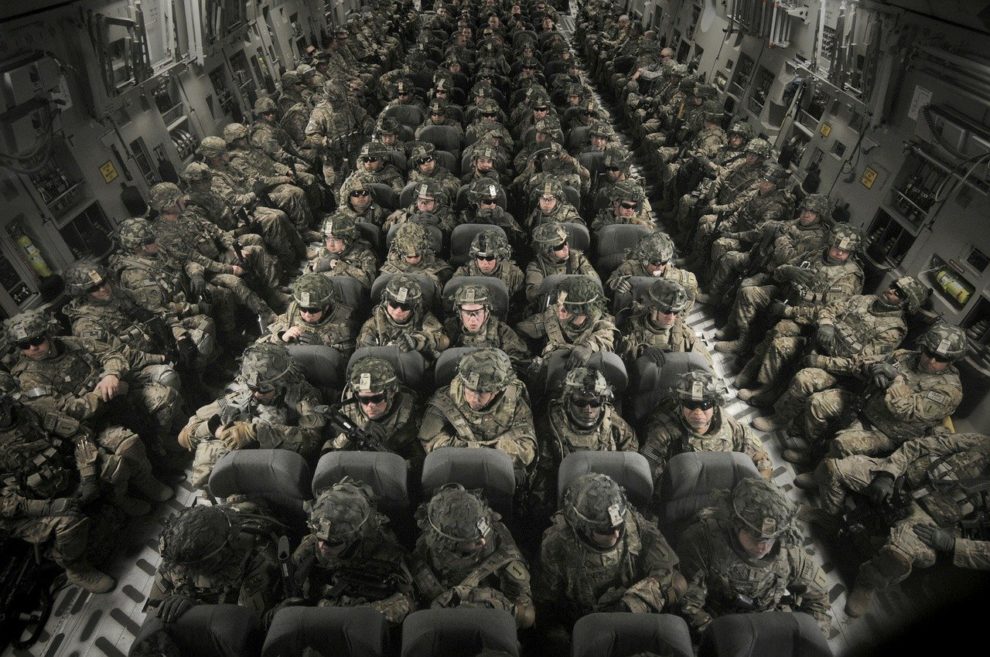 As tensions over the island remain high, China’s President Xi Jinping has stated that “reunification” with Taiwan “must be fulfilled.”

Mr. Xi stated that unification should be accomplished peacefully, but he cautioned that the Chinese people have a “glorious tradition” of opposing separatism, BBC reported Saturday.

China has not ruled out the possible use of force for unification.

“It has never ended well for those who forget their ancestors, betray the motherland, or split the country,” Chinese president said at Beijing’s Great Hall of the People. “They will definitely be scorned by the people and judged by history,” he added.

As US media reports surface about two dozen US troops present on the Taiwan Islands to train the Taiwanese military for their defense against the Chinese aggression, the Chinese Foreign Ministry claimed that they would leave no stone unturned to ensure the protection of China’s sovereign territory.

They have urged the US to understand the sensitivity of their actions against Taiwan. The Chinese Foreign Ministry Spokesperson Zhao Lijian said that the US needs to abide by the One-China principle and stop their arms dealing with Taiwan. Zhao Lijian said that the involvement of the US military with Taiwan would affect the stability of the peace in the Taiwan Straits. It might put further stress upon the China-US relations.

“The one-China principle is the political foundation of China-US relations. In the communiqué on the establishment of diplomatic relations between China and the US, the US clearly pledged to only maintain cultural, commercial, and other unofficial ties with Taiwan,” Zhao claimed.

“President Joe Biden made it clear during his phone conversation with Chinese President Xi Jinping that the US has no intention of changing the one-China policy,” Zhao added.

Are US Troops Present In Taiwan?

The Wall Street Journal reported that the US has been conducting secret training operations with the Taiwanese local troops, involving a US special operations group and a contingent of Marines. Adding on the claim, Reuter also posted a similar piece claiming that a small group of US special forces has frequently been rotating into Taiwan to conduct training operations since before the Biden administration.

Although no confirmation or denial has been received from the Pentagon in this regard, Chinese experts have claimed to confirm the presence of the US military on the islands of Taiwan. They also speculate that there will be more “less secretive” collaborations between the US and Taiwan.

However, the US secretary of the Navy, Carlos Del Toro, said that the US will not stop providing Taiwan with means of defending itself as “it’s our ultimate responsibility.”

“It is very possible for the US to send military personnel to assist the training of Taiwan forces. They may do so by not wearing uniforms and by suspending their military status, which can be resumed after they return to the US,” Chang Ya-Chung, a member of the KMT, and Sun Yat-sen School President in Taiwan said to the Global Times on Friday.

But the US transporting military individuals to Taiwan for training purposes provides China with “no real threat,” said Chang,

What Does It Mean?

In an interview with Global Times, Yuan Zheng, deputy director of the Institute of American Studies at the Chinese Academy of Social Sciences, said that the presence of the US military in Taiwan is a direct violation of the commitment made when relations were established with the Chinese mainland.

Xin Qiang, deputy director of the Center for American Studies at Fudan University, said in an interview with Global Times that Mainland China is bound to respond in a more forceful and resolute manner, as the relationship with the US continues to deteriorate. Mainland China might even review its policies to address new and old problems altogether.

On Thursday, a loud bang was heard in Changhua County on the Taiwan island, which many people thought was made by a fighter jet, Global Times reported Friday.

In the past week, about 150 sorties were conducted by the PLA aircraft, including J-16 fighter jets, H-6 bombers, and Y-8 anti-submarine aircraft, entering Taiwan’s self-proclaimed air defense identification zone in response to the provocation committed by the Taiwan.

Song Zhongping, a mainland Chinese military expert, said that all efforts to train the Taiwanese forces made by the US would prove to be futile, while  Chiu Kuo-cheng, the head of Taiwan’s defense authority, on Wednesday predicted that the mainland is likely to mount a “full-scale invasion” by 2025.

“These special-operations forces training aims at the operation which could possibly damage important ports and military installations so as to dull the PLA’s movement. However, the PLA has a complete defense system of military facilities, which cannot be disrupted by a few special-operations units from Taiwan,” Song claimed.