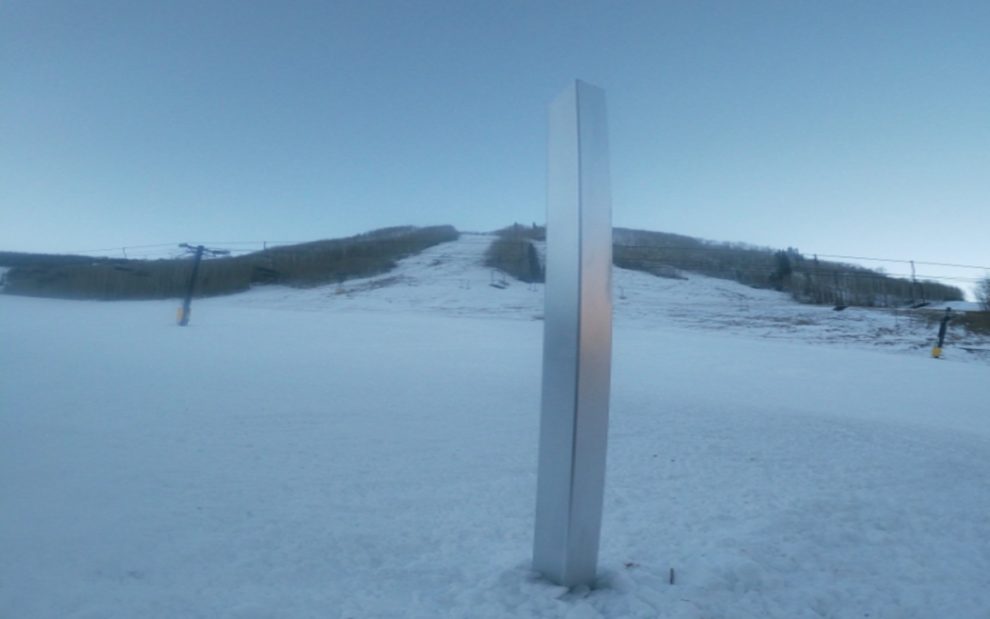 Another day, another monolith, this time the mysterious monolith appears in Colorado. Sunlight Mountain Resort in Colorado woke up to a newly installed metal structure on its mountain.

Not a first monolith in Colorado

This is the second monolith to appear in Colorado. However, the first one was not a mystery, it was built by Bill Zempel, the head mechanic at Mile High Aircraft Services, in Watkins.

Sunlight Mountain Resort official said, “We’re hopeful we can accommodate the placement, but we have torches ready if needed.”

“Another #monolith! This one at @skisunlight. It wasn’t there yesterday but it’s there this morning. Fortunately, the aliens were mindful enough not to place it were it could impede skiing and riding traffic,” said a Twitter user.

Mountain Town Magazine tweeted, “What?! There’s a monolith at Sunlight Mountain resort?! What a way to start the day @skisunlight”

Sunlight Mountain Resort is a ski area located in Garfield County in the White River National Forest, south of nearby Glenwood Springs, Colorado.

The mysterious monolith appearing, disappearing, and then reappearing halfway around the globe is a new trend. Some say it’s a marketing tactic, others say it could be aliens. Let’s see which city or country is next in line.

Monolith! Can you believe they brought us our ?
own ?
monolith! ? pic.twitter.com/LQljFniatY