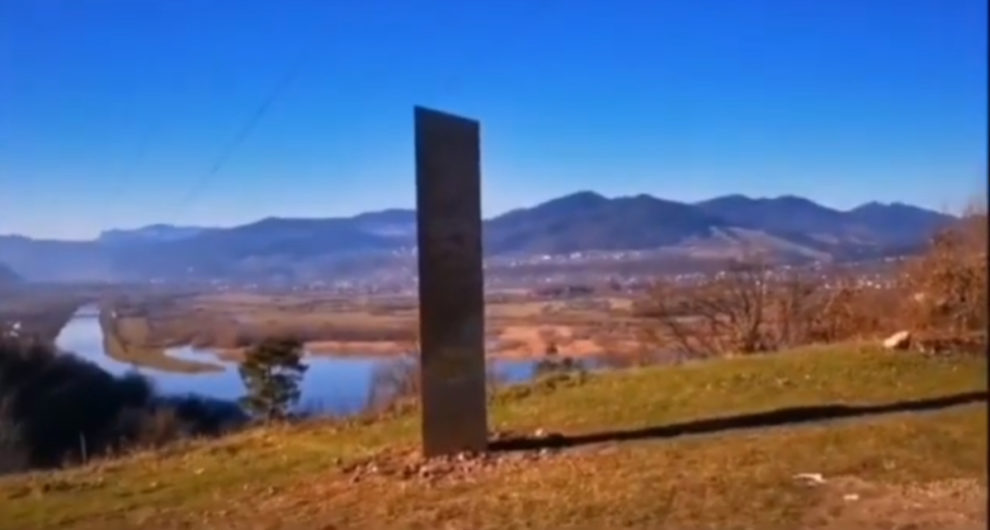 UPDATE Dec 1: A mysterious metal monolith that disappeared in Utah recently was seen in Romania, however the latest reports indicate that the monolith structure found in Romania has also mysteriously vanished.

Journalist Robert Iosub of the Ziar Piatra Neamt local newspaper, who witnessed the structure, said: ‘The 2.8 metre (9ft) tall structure disappeared overnight as quietly as it was erected last week.’

Video shows a monolith similar to the one found in Utah has now appeared on the hillside in Romania. The photos and videos of the monolith in Romania are going viral on social media sites.

The specific location of the monolith in Romania is BatcaDoamnei Hill, the hill is located in the city of Piatra Neamt at the north-eastern side of Neamt County. The structure in Romania was discovered on November 26, 2020.

The Romanian officials have launched an inquiry to find out who has placed the monolith – as they have no idea to whom it belongs to.

Neamt Culture and Heritage official Rocsana Josanu said: “We have started looking into the strange appearance of the monolith.” She further said, “Before installing something there, they needed permission from our institution, one that must then be approved by the Ministry of Culture.”

One user said, “So the #Monolith first appeared in #Utah and then disappeared yesterday. Then seemingly instantly appeared on the other side of the globe in less than 24 hours in #Romania ?!?!?”

Another said, “A monolith appears in the Utah desert then disappears. An identical one then reappears in Romania. So do we start worshiping this thing now or do we wait until it enslaves us?”

“Weird is right. But definitely funny and worth observing. Same monolith that was in Utah is now in Romania. How did that happen?” a Twitter user stated.