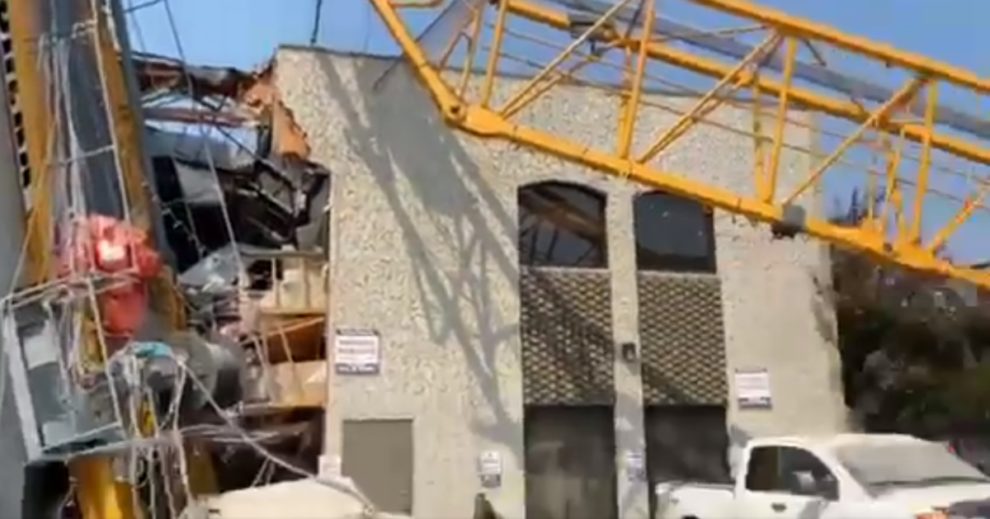 A crane has collapsed on a construction site in downtown Kelowna.

The crane’s apex fell at the Bernard Block development on Bernard Avenue and St. Paul Street.

It is unknown whether anyone was inside the crane at the time of the collapse.

According to witnesses, at least one person was seriously injured in the crane collapse.

Emergency crews are still on the scene, and it is possible that there are more people inside the building.

Due to safety concerns, the Kelowna RCMP is evacuating the area around the Bernard Block crane collapse. It is requesting that anyone in the vicinity of the St. Paul Street and Bernard Avenue intersection leave as soon as possible in a safe manner.

It is also requesting that the public avoid the area at this time.

Kelowna emergency crews responding to St. Paul and Bernard construction site where a crane has collapsed onto a nearby building. @KelownaCapNews pic.twitter.com/4jGGSckwd2