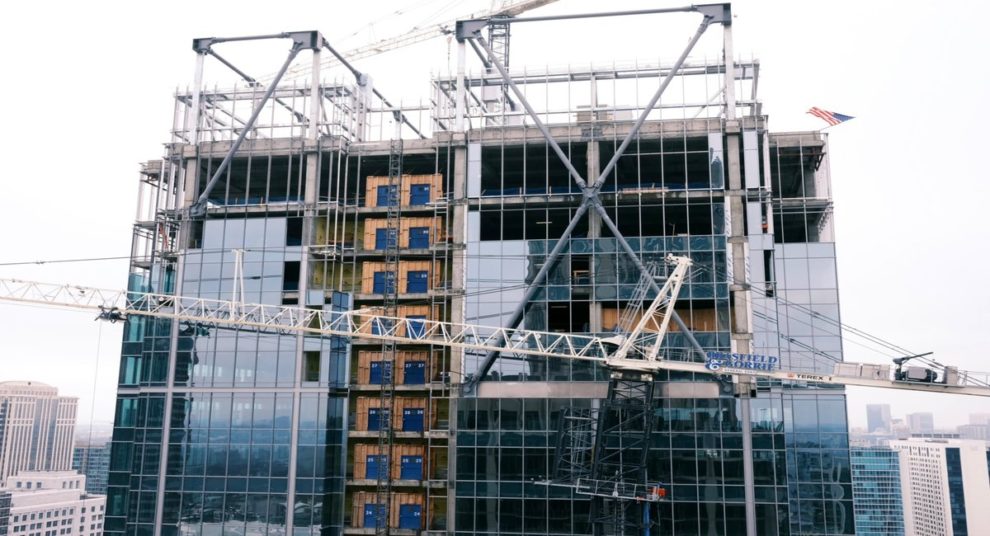 A shutdown of Midtown Atlanta road occurred due to an unstable crane Friday morning. Several buildings are also being evacuated as a precaution.

The equipment is a tower crane that is leaning and “possibly unstable,” Atlanta Fire Rescue said.

According to the officials, a tower crane is leaning at the high-rise building under construction near the 1,100 block of West Peachtree Street.

Parts of Midtown Atlanta are being evacuated — a crane is leaning and authorities are afraid it could come crashing down. – Twitter Source

There are about 4 helicopters outside and the streets are blocked in Midtown, Atlanta. I have a look outside…dangling crane!? – Twitter Source

The reason for the crane instability is unknown at the moment. Atlanta fire crews are working to stabilize the leaning crane. No injuries occurred in the construction accident, according to Atlanta fire spokesman Sgt. Cortez Stafford.

The WSB 24-hour Traffic Center is advising drivers to avoid the area while authorities are on scene.

BREAKING: Firefighters and police responding to an unstable tower crane at a high-rise building under construction in Midtown, Atlanta. This is 1105 West Peachtree St. Parts of the road are shut down. Multiple bldgs have been evacuated, acc to @ATLFireRescue. pic.twitter.com/JkeWPmah1F

Atlanta police shut down the West Peachtree Street between 11th and 14 streets after 9 a.m.

The Atlanta Journal-Constitution reported last month that construction on the office tower at 1105 West Peachtree was almost complete. The 410-foot building is likely to add 675,000 square feet of office space with two confirmed key tenants, Google and the law firm Smith, Gambrell & Russell. It is the tallest building to rise in Atlanta since the Great Recession.

This is not the first time Atlanta traffic had to shut down amid a crane-related incident.

In late 2018, a crane blocked a busy stretch of Peachtree Road in Buckhead after it was found at a construction area without permission. The machinery closed the northbound lanes of Peachtree at Pharr Road for four days. Later, the developer had to pay a fine of more than $350,000.

Atlanta: Rayshard Was Wrong, Rolfe Was Right, And The Incident Wasn’t Racist