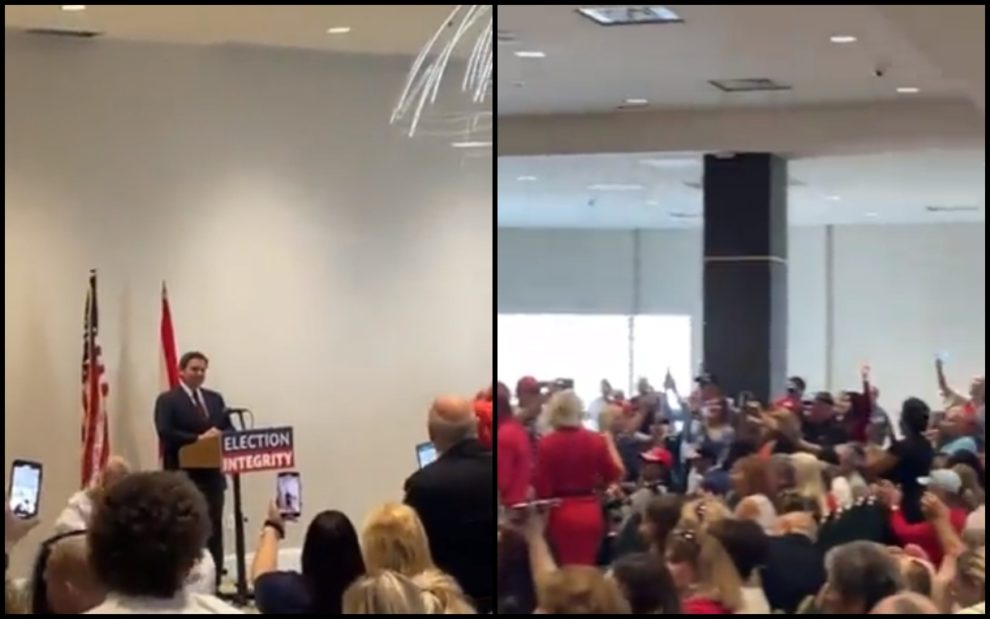 The day after the Nov. 2 municipal elections, Florida Governor Ron DeSantis spoke about election integrity in West Palm Beach and announced election reform as a major policy goal for the 2022 legislative session.

DeSantis’ new reforms will also include a provision requiring election supervisors to clean their voting rolls within certain time frames.

Ballot harvesting would be elevated to a third-degree felony from a misdemeanour, according to DeSantis.

“Unfortunately, there is a lot of people in your legislature that think differently,” DeSantis said of the need for ballot drop boxes. Nonetheless, he stated that the boxes should be more closely monitored, and that ballots cannot be dropped off after an election to avoid people “stuffing” drop boxes with ballots.

The announcement was made by the governor during a stop at the Hilton Palm Beach Airport in West Palm Beach on Wednesday morning.

The airport Hilton is where Gov. DeSantis signed the contentious elections bill last May.

The hotel is also where DeSantis held a press event to talk about election reform in Florida last February.