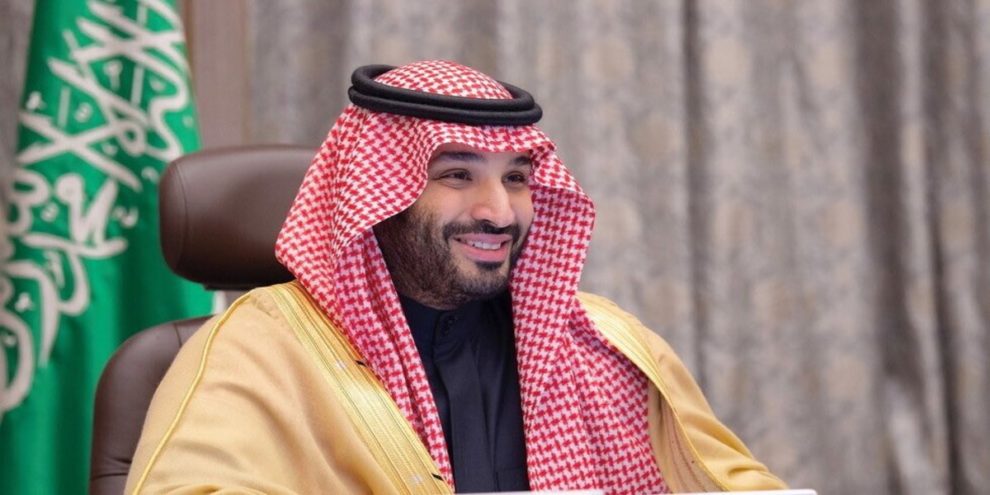 Documents obtained by the New York Times show that four Saudi operatives known to have taken part in the gruesome murder and dismemberment of journalist Jamal Khashoggi in 2018 received paramilitary training from an Arkansas-based private security firm under a contract approved by the U.S. State Department.

“When the U.S. approves training for a dictator’s soldiers and guards, the U.S. is investing in the violent henchmen of a brutal leader.”
—Sunjeev Bery, Freedom Forward

While unsurprised by the revelation given the United States‘ long history of training death squads in Latin America, the Middle East, and elsewhere, human right activists said Tuesday that the Times reporting provides further evidence of U.S. complicity in the Khashoggi murder.

According to a U.S. intelligence report released by the Biden administration earlier this year, Saudi Crown Prince Mohammed bin Salman approved the Khashoggi assassination, which took place inside the Saudi Consulate in Istanbul. The Times reported Tuesday that Saudi operatives involved in the killing received training in the U.S. in 2017 from the Tier 1 Group, a company owned by the private equity firm Cerberus Capital Management.

“The instruction occurred as the secret unit responsible for Mr. Khashoggi’s killing was beginning an extensive campaign of kidnapping, detention, and torture of Saudi citizens ordered by Crown Prince Mohammed bin Salman, Saudi Arabia’s de facto ruler, to crush dissent inside the kingdom,” the Times noted. “The company says the training—including ‘safe marksmanship’ and ‘countering an attack’—was defensive in nature and devised to better protect Saudi leaders. One person familiar with the training said it also included work in surveillance and close-quarters battle.”

While the Times emphasized that “there is no evidence that the American officials who approved the training or Tier 1 Group executives knew that the Saudis were involved in the crackdown inside Saudi Arabia,” The Intercept‘s Jon Schwarz scoffed at the notion that no one knew “that training the murderous killers of a murderous dictatorship could lead to them murdering people.”

“America training death squads will come as a huge shock to anyone who’s never heard of the past 245 years of U.S. history,” said Schwarz.

The Tier 1 Group initially received a State Department license to provide paramilitary training to the Saudi Royal Guard in 2014, during the Obama administration. According to the Times, “The training continued during at least the first year of former President Donald J. Trump’s term.”

“Exhibit #3544563 as to why the U.S. must stop protecting and enabling the Saudi regime,” tweeted Trita Parsi, executive vice president of the Quincy Institute for Responsible Statecraft. “The more complicit the U.S. is in the crimes of the Saudi (and other ‘allied’) regimes in the Middle East, the less safe the American people become.”
Sunjeev Bery, executive director of the advocacy group Freedom Forward, said that “Saudi Arabia is just the latest example in a long history of [dictatorships] whose assassins and torturers received U.S. training.”

“Dictators and monarchs use their nations’ security forces to maintain personal power and snuff out democratic opposition,” Bery continued. “When the U.S. approves training for a dictator’s soldiers and guards, the U.S. is investing in the violent henchmen of a brutal leader.”

Despite U.S. intelligence agencies’ conclusion that bin Salman ordered the operation that led to the murder of Khashoggi, the Biden administration has refused to take action to hold the Saudi leader accountable. Human rights groups and progressive lawmakers have warned that failure to punish bin Salman over the Khashoggi assassination will embolden the crown prince to continue committing grievous human rights abuses.

“The United States should stand consistently for human rights and human dignity around the world—not just when it’s convenient,” Rep. Ilhan Omar (D-Minn.) said after the U.S. intelligence report was made public in February.

In response to the Times story on Tuesday, State Department spokesperson Ned Price said in a statement that the Biden administration “insists on responsible use of U.S. origin defense equipment and training by our allies and partners, and considers appropriate responses if violations occur.”

But, Price added, “Saudi Arabia faces significant threats to its territory, and we are committed to working together to help Riyadh strengthen its defenses.”

This article first appeared at CommonDreams.org