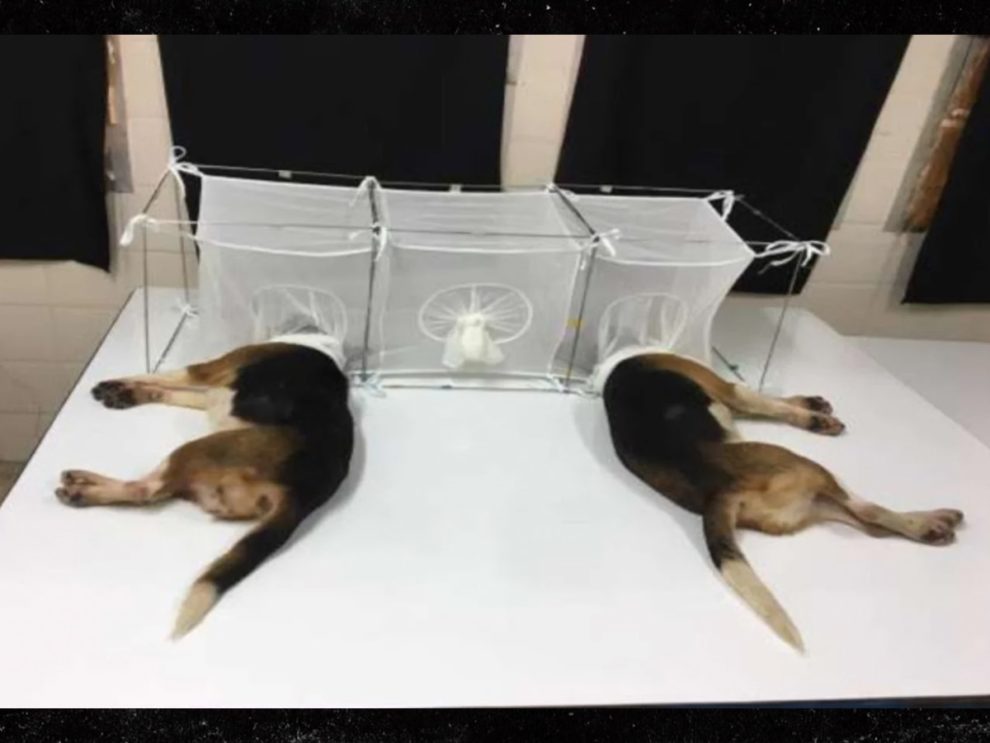 Dr. Anthony Fauci is being chastised for allegedly funding experiments in which dogs (beagles) were locked in cages with hungry sandflies ready to eat them alive.

The White Coat Waste Project, a non-profit organisation, has accused the director of the National Institute of Allergy and Infectious Diseases of funding a project in which beagles were infected with disease-causing parasites in order to test an experimental drug.

White Coat Waste claims that 44 beagle puppies were used in a laboratory in Tunisia, North Africa, and that some of the dogs had their vocal cords removed, ostensibly so scientists could work without being interrupted by constant barking.

WCW has exposed FOUR different locations where #Fauci funded wasteful & brutal BEAGLE experiments. Georgia, California, Africa… even Fauci’s own NIH lab in Maryland! What could be next? #BeagleGatehttps://t.co/XGIY3Zf64f pic.twitter.com/08eP9u7khe

“Our investigators show that Fauci’s NIH division shipped part of a $375,800 grant to a lab in Tunisia to drug beagles and lock their heads in mesh cages filled with hungry sand flies so that the insects could eat them alive,” White Coat Waste told The Hill.

“They also locked beagles alone in cages in the desert overnight for nine consecutive nights to use them as bait to attract infectious sand flies,” the group added.

Lawmakers demand answers from Fauci over cruel experiments on dogs

A bipartisan group of lawmakers is demanding answers from top infectious disease expert Anthony Fauci in response to reports that an institute led by him funded “cruel” drug toxicity experiments on dogs.

Some Democrats, including Reps. Cindy Axne of Iowa and Jimmy Gomez of California, signed the letter.

However, it was mostly signed by Republican lawmakers, including South Carolina Rep. Nancy Mace, who is spearheading the effort.

According to documents, the NIAID spent $1.68 million in taxpayer funds on animal experiments.

The White Coat Waste Project, a non-profit government watchdog, obtained the documents through a Freedom of Information Act request. According to the watchdog, this is the fourth NIAID-funded experiment on beagles that it has been able to uncover.

Lawmakers are curious as to why these tests were conducted if the FDA does not require new drugs to be tested on dogs.

U.S. legislators are also interested in learning whether the NIAID ever made the dogs available for adoption following the experiments.

They want answers by November 9.

On Monday, Gov. Ron DeSantis slammed Dr. Anthony Fauci over allegations that his institute funded research that required the abuse, mutilation, and death of puppies.

“They’re doing cruel experiments on puppies,” DeSantis said. “What they were doing with those puppies is flat out disgusting. It’s despicable. I cannot believe American tax dollars would go to treat those dogs the way those dogs are being treated.”

After reports of cruel experiments on dogs, a group of lawmakers, including prominent members of both parties, have signed a letter urging Dr. Anthony Fauci and his agency to answer questions about funding for canine testing experiments.

Yesterday, I sent a letter to Dr. Fauci regarding cruel, taxpayer-funded experiments on puppies; debarking before drugging and killing them. Thankful to my 23 democrat and republican colleagues who signed on. This is disgusting. What say you @NIH pic.twitter.com/c54SXipD9Q

The study and its accompanying images, such as the one above, “mistakenly cited support from NIAID,” according to the agency, when they were published in the July issue of PLOS Neglected Tropical Diseases, an online scientific journal, the agency told the British online newspaper.

Agency reportedly said, the NIAID-funded study did not use sedated dogs in restraints, but rather subjects who were allowed in “an enclosed open space during the day, during high sandfly season.”

“Vocal cordectomies, conducted humanely under anesthesia, may be used in research facilities where numerous dogs are present. This is to reduce noise, which is not only stressful to the animals but can also reach decibel levels that exceed OSHA allowable limits for people and can lead to hearing loss.”

This article has been updated with latest information on Oct 26, 2021.