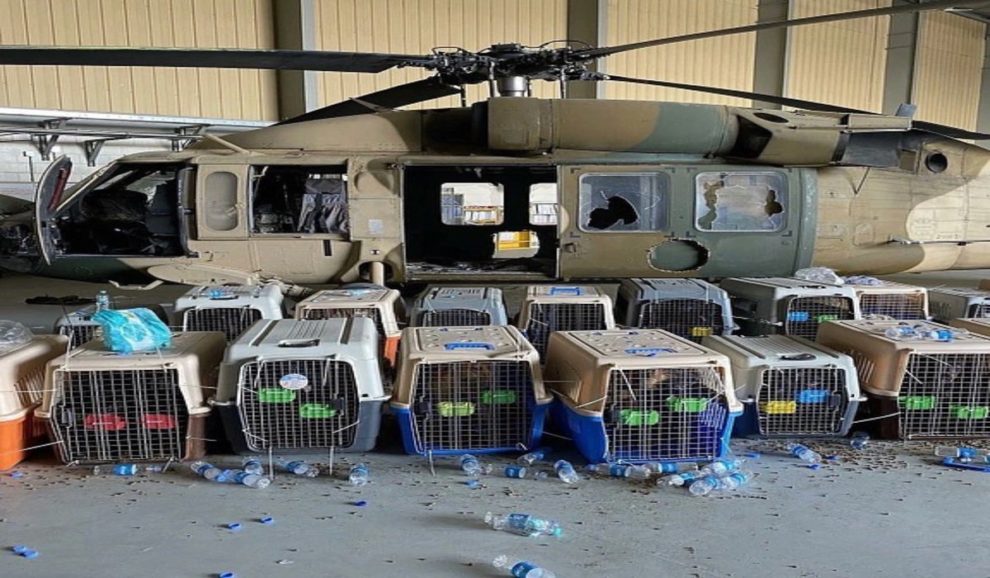 An animal rights group has criticised the Biden administration for allegedly abandoning US service dogs in Afghanistan before leaving Kabul.

UPDATE: Pentagon says the US military did not leave any service dogs in cages at the Kabul airport.

“To correct erroneous reports, the U.S. Military did not leave any dogs in cages at Hamid Karzai International Airport, including the reported military working dogs,” Pentagon’s John Kirby said in a statement. “Photos circulating online were animals under the care of the Kabul Small Animal Rescue, not dogs under our care.”

As American troops left Afghanistan at midnight on Tuesday, the animal rights organisation “American Humane” slammed the US government’s decision to keep dogs in Kabul.

“I am devastated by reports that the American government is pulling out of Kabul and leaving behind brave U.S. military contract working dogs to be tortured and killed at the hand of our enemies,” American Humane president and CEO Robin Ganzert said in a statement.

“American Humane stands ready to not only help transport these contract K-9 soldiers to US soil but also to provide for their lifetime medical care,” the US-based right’s group said in a statement.

The American government is pulling out of #Kabul and leaving behind brave U.S. military contract working dogs to be tortured and killed at the hand of our enemies. We stand ready to bring them home! Read our CEO @RobinGanzert's full statement: https://t.co/IKhBkm4B7a pic.twitter.com/ItFlthDTAi

The US move was widely criticised on social media because the dogs were left behind in Afghanistan, despite the fact that some users requested assistance.

American Humane said, “These brave dogs do the same dangerous, lifesaving work as our military working dogs and deserved a far better fate than the one to which they have been condemned.”

.@DeptofDefense has ordered ALL military working dogs to be left behind in #Afghanistan. They also said any Americans left there are free to leave whenever they want. WTFO?!?!@SecBlinken, @AmbRice46, @JoeBiden & all the top generals should be arrested now! This is not American!

Earlier this month, US ally Britain announced that the British owner of an animal shelter in Afghanistan will be allowed to evacuate around 200 cats and dogs on a charter plane from Kabul.

British defence secretary Ben Wallace had said it would be wrong to “prioritise pets over people” as thousands waited outside Kabul airport last week to fly out of Afghanistan.

The Taliban arrived at Kabul airport shortly after the last US flight had left the country and saw the wreckage of US military equipment left behind as US service members destroyed aircraft, humvees, and C-Ram defence systems.