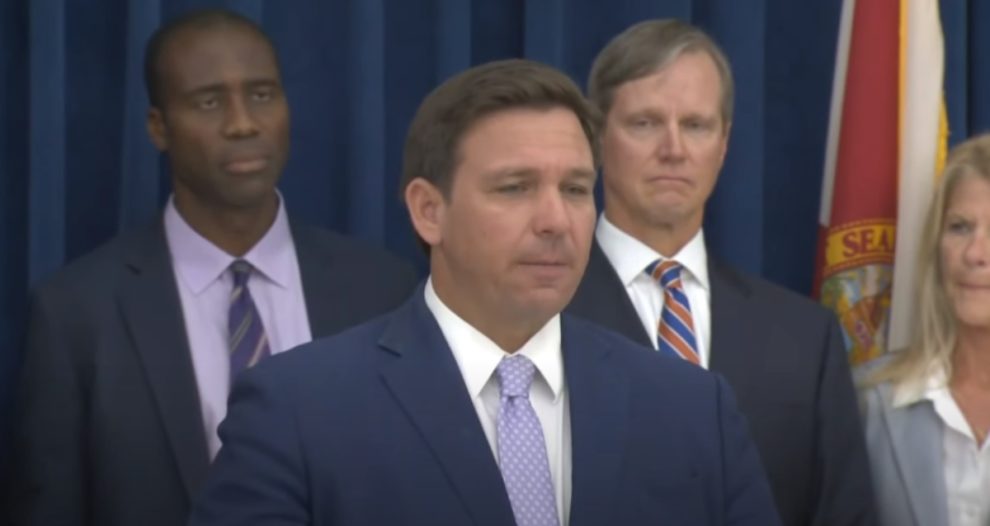 The decision follows a series of coronavirus vaccine mandates imposed by President Joe Biden’s administration. This does not sit well with Florida’s governor, who has “had enough” of federal meddling in state affairs.

The announcement was made at a press conference in Clearwater with new Surgeon General Joseph Ladapo and Attorney General Ashley Moody, where staff passed out signs saying “Don’t Tread on Florida” and “Freedom Has a Home Here.”

“We’re here to announce that we need to take action to protect Florida jobs,” DeSantis said. Biden’s government is making use of a “heavy hand … to force these injections (on) a lot of folks who believe that decision should be theirs.”

The Republican governor also stated that the state government is taking aggressive legal action to end mandatory vaccinations, but that legislative action is also required, hence the call for a separate, special session.

Following DeSantis’ announcement that he would call a special session of the Legislature, Florida House Speaker Chris Sprowls’ office released a memo he sent to members:

“This morning, Gov. DeSantis announced that he plans to call the Legislature into aSpecial Session. At this time, we have not received the dates or details regarding any proposed call. We are in communication with the Governor’s Office and our partners in the Senate, and we will share details with you as they emerge.”

DeSantis signed an executive order in April prohibiting the use of vaccine passports in the Sunshine State. In May, he signed legislation enacting the ban into law. Businesses are not allowed to require customers to prove their vaccination status under the law (pdf). It also prohibits Florida government entities from issuing such documents.

“In Florida, your personal vaccination choice will be protected, and no business or government entity will be able to deny you services based on your decision,” DeSantis said before signing the bill into law in May.