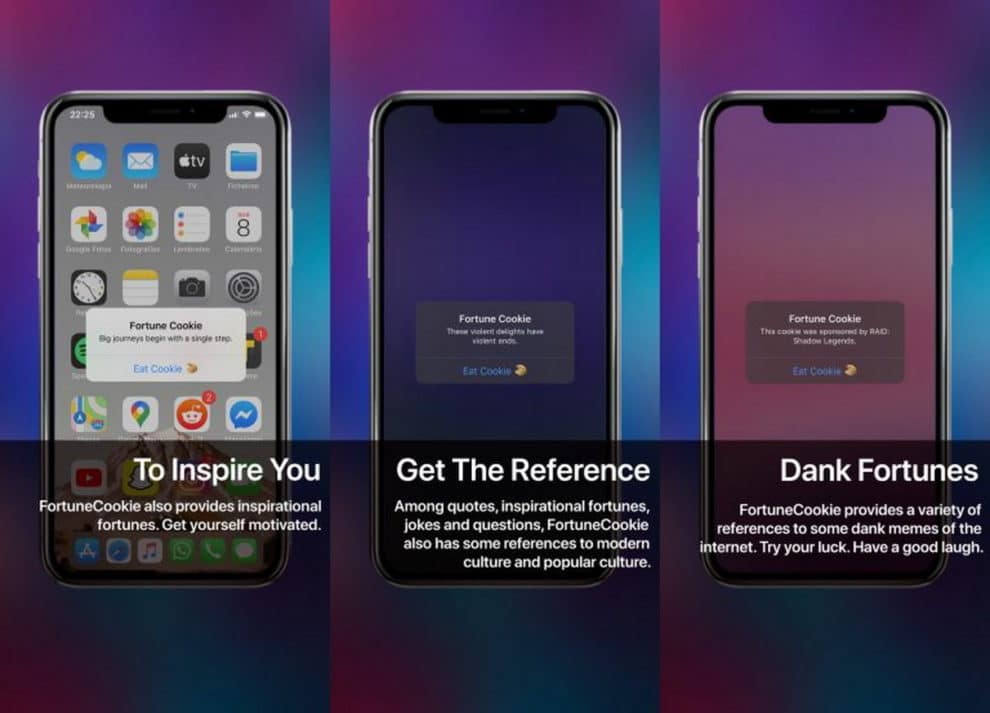 Without a doubt, you and I know that jailbreaking is a strategy embraced by most iOS users to gain access to their system directories. And the purpose of that is to help them in modifying their devices in a way to enable new unauthorized features that are not offered by Apple officially, for a better experience.

Although we have several jailbreak tweaks available out there, most of them perform different functions. There are some that offer users more functionality and allow them to do a lot more with their phones. On the other hand, there are some others that are only developed to offer a little functionality, with lots of fun and amusement. While there are many amusing jailbreak tweaks out there, there’s this particular one that has just been launched, it’s called FortuneCookie.

What is FortuneCookie and how does it work?

FortuneCookie is a newly launched jailbreak tweak by iOS developer alex_png that allows users to shake their devices to get free fortunes in the form of cookies. It does that by sending alerts with fortunes whenever you shake your iPhone. According to Alex, there are over 200 different fortunes in the cookies and all are randomized. While some are inspirational, some contain dry humor, and others are either downright stupid or insulting. So, there’s a chance of getting the same or different fortune cookies when you shake your phone. However, fun is assured.

I’m sure you’ll be wondering why it’s essential for you to get a fortune cookie on your iPhone.

Well, according to Alex, the tweak is only meant for iOS users to catch fun – especially in this quarantine period. Check out what he said below:

This wasn’t meant to be released as a tweak. In fact, this was merely a secondary project to test some features for other upcoming projects, but since I found it so damn funny, I decided to release it to the public, especially due to our current situation with the global pandemic going on. It’s always nice to have something to distract us for a moment and give us some temporary joy. Stay safe.

FortuneCookie, just like many other jailbreak tweaks, also adds a preference pane to the Settings app. However, it doesn’t require much from you apart from toggling on or off the tweak. Furthermore, FortuneCookie as a jailbreak tweak which supports jailbroken devices running iOS 7 to iOS 13.

Without a doubt, not all Apple’s iOS users will find FortuneCookie relevant, but if you are the type that finds jailbreak tweaks like this amusing, you can download it free from the developer’s beta repository.