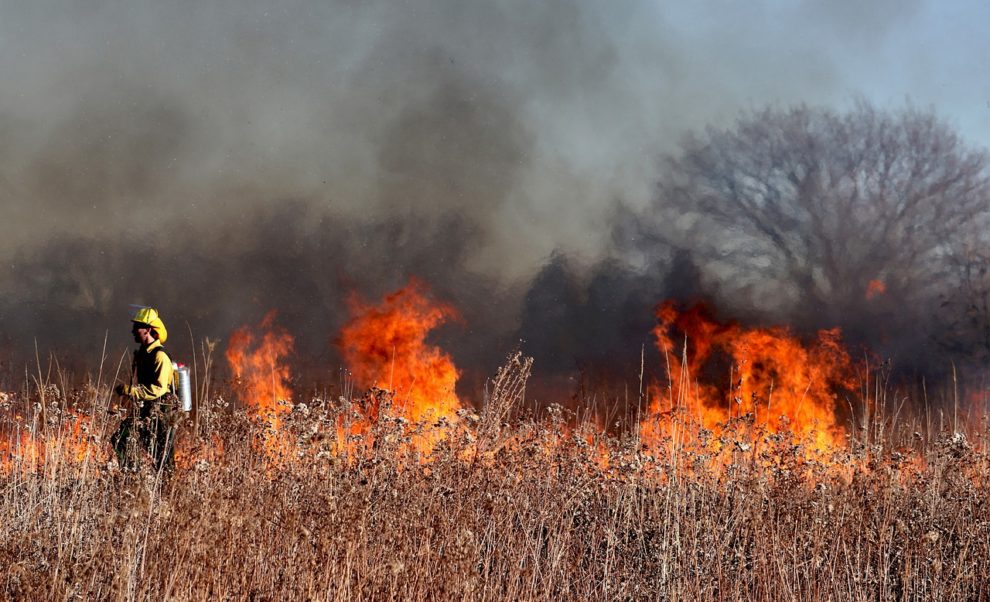 “It’s not a wildfire season anymore,” said one journalist, “it’s a wildfire year.”

Officials from the Pacific Northwest in the U.S. to Southern Europe are warning of extreme heatwaves expected in the coming days, sparking fears of even more wildfires like those that have laid waste to millions of acres worldwide in recent weeks, including in Oregon, California, Greece, Turkey, and Siberia.

The prime minister of Portugal warned Wednesday that with temperatures expected to reach 104 degrees Fahrenheit this week, officials are bracing for potential wildfires like the ones that killed more than 100 people in 2017.

In Spain, the national weather service warned that a heatwave could bring temperatures as high as 111 degrees Fahrenheit.

More than 5,000 miles away in the northwestern U.S., Oregon Gov. Kate Brown declared a state of emergency Tuesday as the state prepared for its second major heatwave of the summer, less than two months after extreme heat was linked to more than 60 deaths there. Seattle authorities were also opening cooling stations and preparing to protect bridges and roads from heat damage.

Temperatures are expected to climb into the hundreds in the typically temperate region, in “a direct result of the climate crisis” according to Oregon state climatologist Larry O’Neill.

“This would be kind of a heatwave that maybe we experience every two to three years in the past, but this will be the second strong one this summer,” O’Neill told The Guardian.

In neighboring California, the Dixie Fire, which had torn through more than 500,000 acres over the past four weeks as of Tuesday, is still active in four counties due to dry conditions, according to Cal Fire.

The wildfire is now the second-largest in California’s history and has destroyed sacred sites of the Native American Maidu community, razed nearly 1,000 homes and other structures, and decimated the historic town of Greenville, home to more than 1,000 people.

The blaze has also sent smoke and ashes more than 1,000 miles from the flames, raising fears of toxicity in the coming weeks.

On the other side of the globe in Siberia, more than 190 forest fires have forced widespread evacuations, with smoke drifting as far as the North Pole for the first time in history.

Smoke from wildfires in Siberia reached the North Pole for the first time in recorded history, says NASA.

The fires have burned 21 million acres (about the size of Serbia) in Russia's coldest region this year. Smoke covered most of the country earlier this month.

Emergency workers have given up on fighting nearly 70 additional fires that have burned through nearly 8,000 square miles, making the fires 10 times as large as the Dixie Fire and bigger than the wildfires that have raged in recent days in Turkey, Greece, Italy, and other countries combined.

Fires that have spread for nine days across the Greek island of Evia are gradually being brought under control by nearly 900 firefighters, but the Peloponnese peninsula in southern Greece faced more fires on Wednesday and authorities in Evia are now left struggling to help hundreds of newly displaced people.

As of Tuesday, an extreme heatwave like the one Portuguese, Spanish, and American officials are now warning of was contributing to nearly 600 wildfires burning in “all corners” of the country, leading to what Prime Minister Kyriakos Mitsotakis called a “disaster of unprecedented proportions.”

On the other side of the Mediterranean Sea, at least 65 people have been killed in wildfires that have burned in Algeria’s mountainous Kabyke region over the past two days.

The wildfires, driven by the climate crisis and the continued extraction of carbon-emitting fossil fuels, are also worsening the planetary emergency by releasing even more carbon into the atmosphere, according to Mark Parrington, a senior scientist at the Copernicus Atmosphere Monitoring Service.

“Already by mid July, the total estimated emissions is higher than a lot of previous years’ totals for summer periods, so that’s showing that this is a very persistent problem,” Parrington told CNN last month.

The latest fires come on the heels of Monday’s Intergovernmental Panel on Climate Change (IPCC) report on the urgent need to rapidly cut down on greenhouse gas emissions to mitigate the disastrous consequences of the climate crisis.

As Josh Saul, climate and disasters reporter for Bloomberg, said in a video he posted to Twitter on Tuesday, the prevalence of fires across the globe and in a wide variety of climates, starting weeks earlier this year than in previous years, shows annual “wildfire seasons” are a thing of the past.

“With hotter temperatures and dryer conditions lasting longer into the fall and winter than they used to, the fire season is also lasting longer,” Saul said.

“It’s not a wildfire season anymore, it’s a wildfire year,” he added.

Greece to drop most mask restrictions from June 1