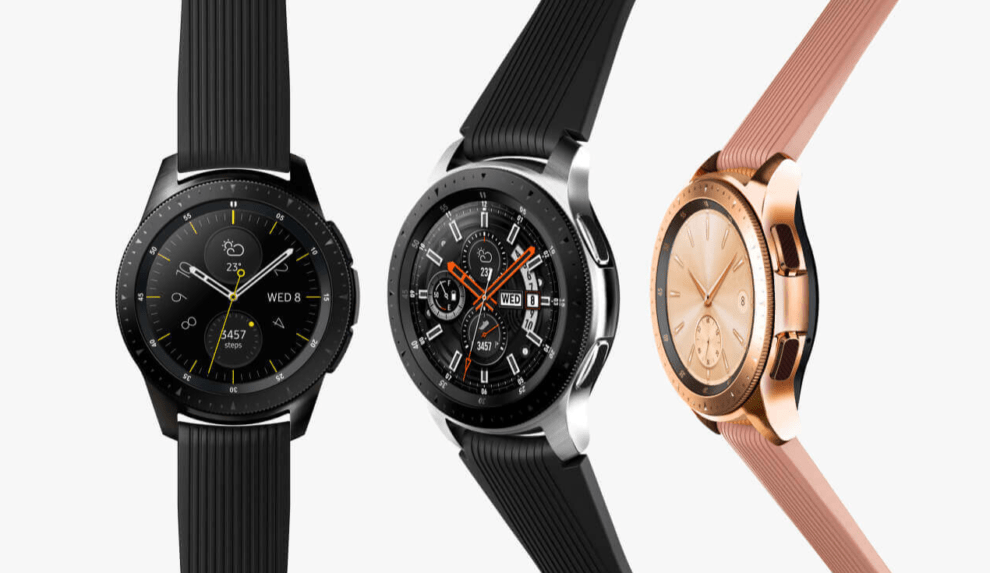 Samsung launched the Galaxy Watch almost two years ago. It was one of the best smartwatches of 2018. But soon after customers started using it, Samsung’s official Community forum was flooded with complaints about the Galaxy Watch causing skin rash, burns, blusters, and other dermatological problems. After nearly two years, you would expect the Korean company to have fixed the problem or refunded the affected users. But the problem persists to this day.

Even in 2020, both the 42mm and 46mm models of Galaxy Watch have been causing skin rashes and burns. Samsung’s forum moderators are aware of the issues, and have told many affected users to seek medical advice. But the Korean company hasn’t announced any resolution.

One user posted on Samsung’s Community forum a couple of weeks ago that their Galaxy Watch overheated and left a mark on their wrist. The device appears to have overheated again despite the user’s repeated attempts to cool it down.

Another user wrote in February this year that the Galaxy Watch Active 2 was also causing skin rashes and burns on their wrist “directly under the heart rate monitor.” 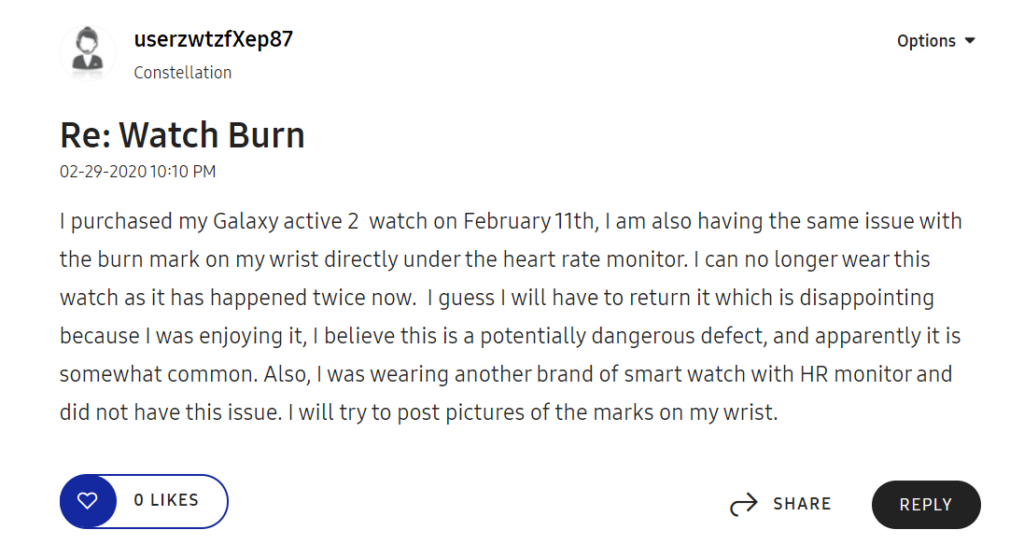 Separately, Twitter user @ItsBecks94 said her Galaxy Watch caused “infrared burns” on her wrist, which has been confirmed medically. Surprisingly, Samsung told her that it wasn’t caused by the smartwatch. There is a huge number of other reports where the Galaxy Watch owners have suffered skin rash and burns. Samsung’s other smartwatches have also been causing dermatological problems. 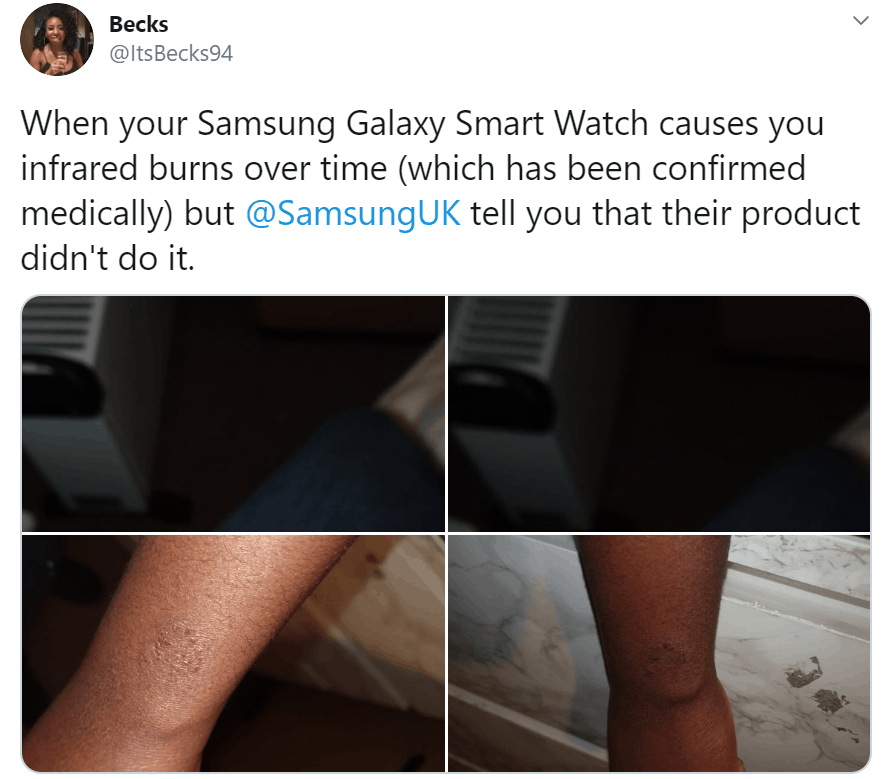 You are on your own

We don’t know if or when Samsung would fix the issues encountered by these and many more users. It’s still unclear what’s causing the skin problems. It could be the materials used in smartwatches, allergies, or the extended exposure to irritants. Some smartwatch bands contain nickel and methacrylates, which some people are allergic to. But the level of such chemicals is kept within the regulatory limits in electronic devices.

Anyway, you need to be careful if you own a Galaxy Watch. Don’t wear the smartwatch too tightly for a long time. You should also clean the device frequently to remove dust, dirt, sweat, and other particles.