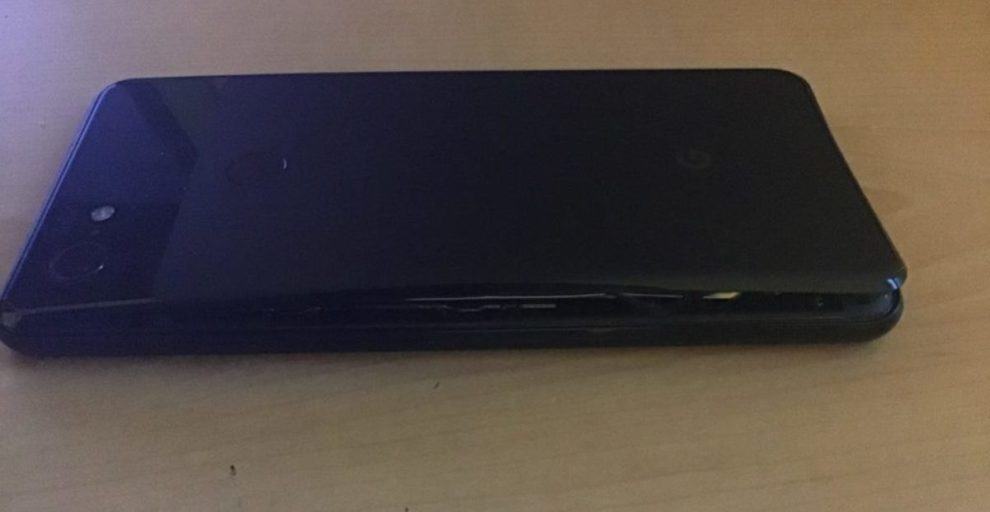 Arguably, Google Pixel 3, Pixel 3XL, and Pixel 4 XL are excellent smartphones, with impressive features and specifications in their price segments. However, they are not without their issues. In the past, we’ve seen users of these devices complaining of several problems, including battery drains and restart issues. However, according to the latest reports, several Google Pixel 3, 3XL, and 4 XL users are now reporting a battery swelling issue. If you’ll agree with us, this is really a serious problem for Google. But what is the giant company saying about the issue?

Let’s have a quick look at some of the reports so far below:

According to @BrianFeliciano, the user said the issue caused his 3XL device to overheat. Here’s a brief of what the user tweeted regarding the Google Pixel 3/3XL battery swelling issue below:

“On 8/18/2020 I was taking photos with my 3xl and the phone got burning hot (no hot phone notification) & witnessed the battery bulge take place right before my eyes. I called Google immediately and they made an exception to send a replacement device. Then things got weird..” 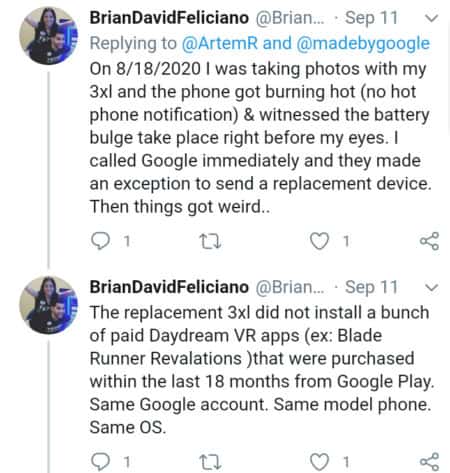 Looking at the reports so far, the battery swelling issue is largely affecting Google Pixel 3/3XL users. However, it seems to also be affecting a number of Google Pixel 4 XL users.

According to a Redditor, he said:

“Just got off the chat with Google Support and they are about to send me my FOURTH replacement phone in the last 10 months for my Pixel 4 XL. I’m pretty concerned that they appear to have a common/known design flaw (battery swelling)…” 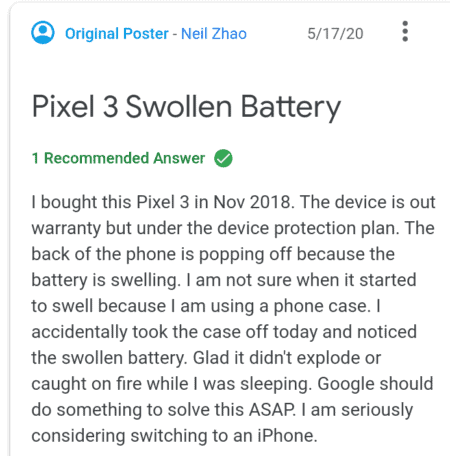 Google Is Offering Replacement For The Affected Users

In case you’re also experiencing the battery swelling issue on your Google Pixel 3/3XL/4XL device, there’s good news for you. And that is, Google has promised a replacement offer for the affected devices. Interestingly, this also extends to users that are already out of warranty. As such, for your safety, it’s advisable that you stop using the device and contact the support channel of the retailer, where you bought the phone, for a replacement.