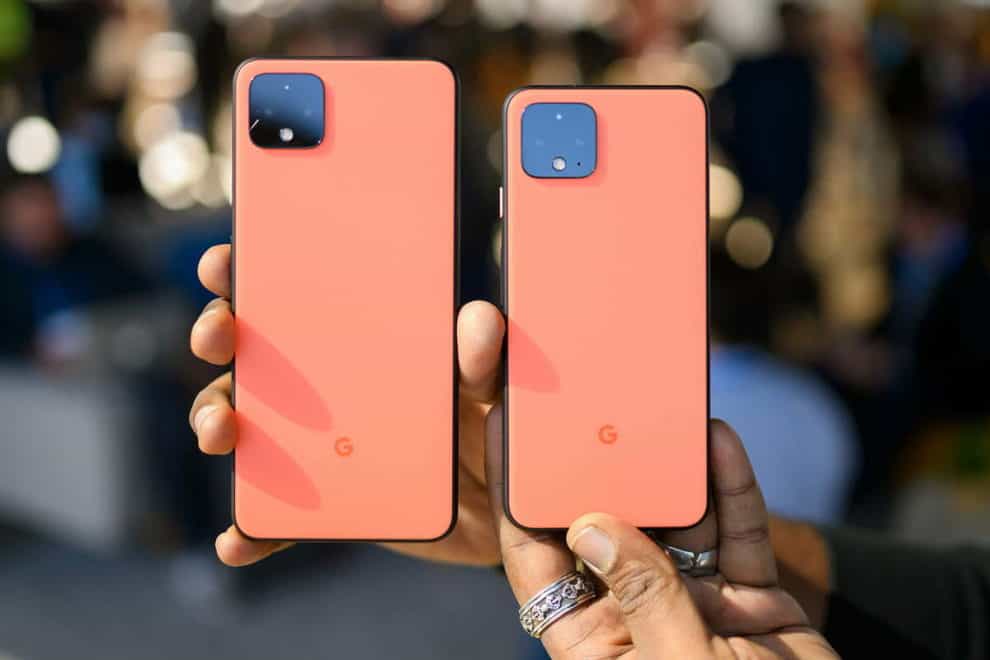 The Pixel 4 and 4 XL phones, announced last year, are some of the best Android smartphones, developed by Google. That’s because the two devices come with great features in their price segments. Not long ago, Google rolled out the new Android 11 update to its devices, including the Pixel 4 and 4 XL smartphones. Although the new update came with a host of improvements and features, it also brings several issues. Last week, we talked about how Pixel device users were complaining about a new chat bubbles issue. While Google hasn’t yet addressed it, many Pixel 4 and 4 XL users have now taken to various social media platforms to report another issue, which is related to face unlock.

It’s only a few days since the release of the new Android 11 update, but several Pixel users have taken to various social media platforms to report issues introduced by the OS.

According to the latest reports, many Google Pixel 4 and 4 XL users, who have installed the update said they are experiencing a face unlock issue. While explaining the problem, the affected users revealed that the face unlock feature on their phone stopped working after receiving the new Android 11 update. Furthermore, looking at the reports so far, the issue seems to be affecting the Pixel 4 XL more.

Let’s have a quick look at some of the Google Pixel 4 users’ complaints regarding the face unlock issue below:

According to JustDanny, the Google Pixel 4 user mentioned that the Android 11 update introduced several issues on his device. First, the user is unable to charge the Pixel device wirelessly. Apart from that, the user also added that AOD and Face Unlock features don’t work on his device anymore. Furthermore, the user also added that everything was working fine before the Android 11 update.

According to another report on Reddit, the Pixel 4 XL user also reported the Face Unlock issue. However, the Redditor added that a restart helps to fix the annoying issue.

Here’s a screenshot of what the user said about the Face Unlock issue below. 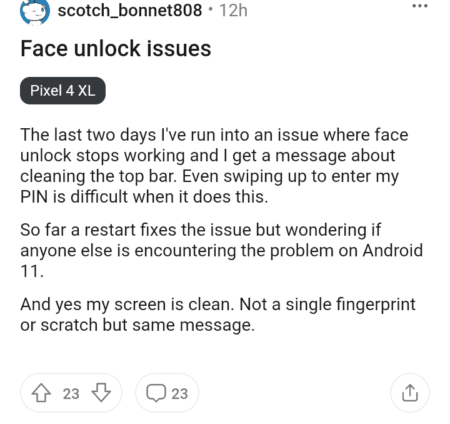 Will There Be A Fix Soon?

Although several Google Pixel 4 and 4 XL users pointed that the face unlock issue started for them after receiving the new Android 11 update, it’s worth noting that the issue has been around since May 2020. Several users have complained about the same issue before Google rolled out the stable version of the operating system.

For now, we’re not sure of the exact cause of the issue. That’s because Google is yet to release any official statement regarding it. However, according to speculations, the issue is likely to be related to a Soli radar present in the devices. Furthermore, since a lot of users have already reported the Face Unlock issue, we’re hopeful that the company will address it alongside other problems, including the chat bubbles and random reboots issues, sooner than later.