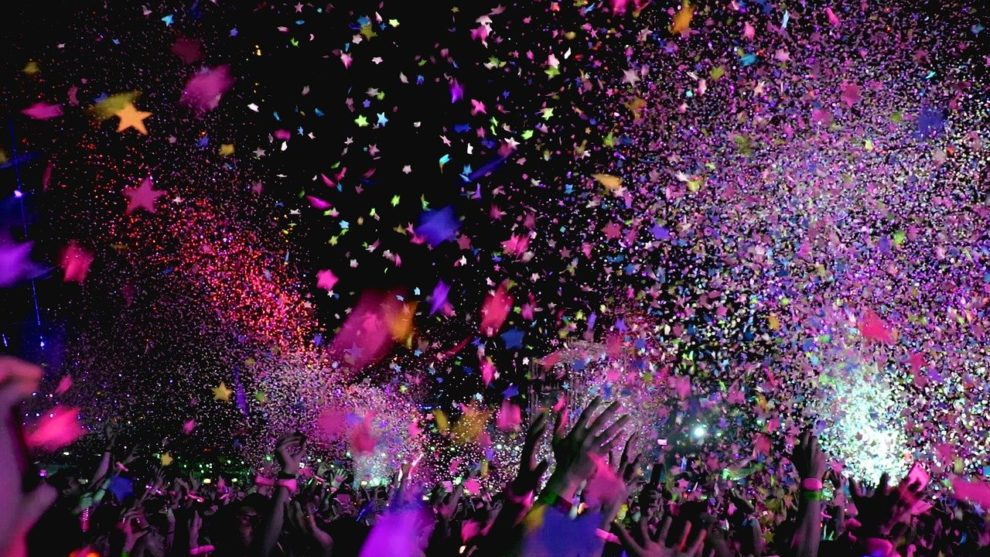 This Feb. 22, the world hits an unprecedented milestone. It’s the date itself: 2/22/22. And this so-called “Twosday” falls on a Tuesday, no less.

It’s true the number pattern stands out, impossible to miss. But does it mean anything? Judging by the thousands of commemorative products available for purchase online, it may appear to.

“Twosday” carries absolutely no historical significance or any cosmic message. Yet it does speak volumes about our brains and cultures.

I’m a social psychologist who studies how paranormal claims and pseudoscience take hold as popular beliefs. They’re nearly always absurd from a scientific perspective, but they’re great for illustrating how brains, people, groups and cultures work together to create shared meaning.

The brain has evolved a fantastic capacity to find meanings and connections. Doing so once meant the difference between survival and death. Recognizing paw prints in the soil, for example, signified dangerous predators to be avoided, or prey to be captured and consumed. Changes in daylight indicated when to plant crops and when to harvest them.

Even when survival isn’t at stake, it’s rewarding to detect a pattern such as a familiar face or song. Finding one, the brain zaps its synapses with a little shot of dopamine, incentivizing itself to keep finding more patterns.

When a number sequence seems to jump out at us, this is an example of apophenia: perceiving meaningful connections between unrelated things. The term was first developed to characterize a symptom of schizophrenia.

Another example of apophenia is astrology, which visually connects stars into constellations. These are the familiar Zodiac signs such as “The Ram,” Aries; or “The Archer,” Sagittarius. Each sign is linked to meanings associated with its respective object. For example, people born under the sign of Aries are believed to be stubborn like rams. But those signs don’t exist in the sky in any physical sense, and the system fails scientific tests.

The date 2/22/22, though striking, carries no inherent meaning beyond its function in our particular calendar. This is true for numbers in general: Their meanings are limited to measuring, labeling or counting things.

“Twosday” is a simple example of a popular form of arithmetical shenanigans: numerology, the pseudoscientific practice of attaching supernatural significance to numbers.

Numerology can be traced back 2,500 years to the Greek mathematician Pythagoras, with alternative systems appearing elsewhere, including China and the Middle East.

Numerology may look mathematical, but it’s more akin to palmistry and reading tea leaves. It has been popularized through magazines, books, movies, television programs, websites and other social media. Assessing the extent of numerology’s popularity is difficult, but the belief that certain numbers are good or bad is common. For example, nearly a quarter of Americans say 7 is lucky.

There are many kinds of numerology. The most popular form assigns numbers to names or other words, and then calculates their “root,” also known as the “destiny number” or “expression number”. It starts by assigning a number to each letter of the alphabet: A = 1, B = 2, up to I = 9, then the cycle repeats with J = 1, K = 2, etc.

For example, adding up the five numbers in my own first name – 2, 1, 9, 9, and 7 – yields 28. To find the root, add the digits in 28 to get 10, and then add up those two digits to get 1. For my middle and last names, the roots are 4 and 9. Adding the three roots returns 14; adding those digits reveals that my “destiny number” is 5, which numerology associates with being free-thinking, adventurous, restless and impatient.

I was 10 years old when I first encountered numerology. A fellow coin collector showed me a clear plastic case holding two gleaming specimens: a copper Lincoln penny and a silver John F. Kennedy half dollar. On the back of the case was a printed label with numerical “facts” linking the two presidents. For example:

6: day of the week – Friday – of both assassinations

15: letters in both assassins’ names

When you compile enough of these, it gets eerie. The experience was astonishing enough that I still recall it over a half-century later.

Are the Lincoln-Kennedy facts just coincidences? What gets overlooked is that they’ve been drawn from a pool of hundreds or thousands of numerical possibilities. Throw away the boring ones and you’ve framed the remaining coincidences in a way that gives them more credit than they deserve.

[More than 140,000 readers get one of The Conversation’s informative newsletters. Join the list today.]

Another way of drawing eerie coincidences from very large pools of possibilities was exploited in “The Bible Code,” a best-selling book in the 1990s. The author, Michael Drosnin, took the Old Testament and arranged it into a grid of text. A computer algorithm highlighted skip patterns in the grid, such as “every 4th character”, or “2 across, 5 down,” to produce a huge database of letter strings. These were then sifted by another algorithm that searched for words and phrases, and distances between them.

The method seemed to foretell many historical events, including the murder of Israeli Prime Minister Yitzhak Rabin in 1995: A particular skip pattern yielded his name near the phrase “assassin that will assassinate.”

Findings such as these can seem impressive. However, critics have proved that the method works just as well using any sufficiently lengthy text. Drosnin himself laid down this gauntlet by challenging critics to find Rabin’s assassination foretold in the novel “Moby-Dick.” Mathematician Brendan McKay did exactly that, along with “prophecies” for many other deaths – Lincoln’s and Kennedy’s included.

Which coincidences people pay attention to is largely a social phenomenon. What sociologist Erich Goode terms “paranormalism,” a nonscientific approach to extraordinary claims, is sustained and transmitted by group customs, norms and institutions. “The Bible Code” couldn’t exist without religion, for example, and its popularity was fueled by mass media – such as its author’s interviews on “The Oprah Winfrey Show” and elsewhere. In her book “Scientifical Americans,” science writer Sharon Hill makes a compelling case that popular culture in the U.S. helps to foster safe havens for individual and collective belief in the pseudoscientific and paranormal.

As for “Twosday,” I’ll conclude by plumbing its “hidden meaning.” Take the three roots of 02, 22 and 2022. We arrive at 2 + 4 + 6 = 12, and the destiny number 3. Some numerologists associate this number with optimism and joy. Though I may reject the messenger, I’ll accept that message.