A pool of water near the Dead Sea has recently turned blood red in color. According to Jordanian media, the Jordanian Water Ministry dispatched technical teams on Saturday to collect samples and determine the cause of the colour change.

According to Jordanian media, a pool of water next to the Dead Sea on the Jordanian side has turned blood red, evoking images of the Nile River in Egypt during Biblical times.

Jordan’s Water Ministry dispatched technical teams to the area over the weekend to collect pond samples, according to the official Petra News agency. The ministry claims that the small pond is completely isolated from the Dead Sea.

Geologists believe the red color is likely caused by algae, iron oxide, or chemicals that have been added to the water by humans. But there’s no confirmation yet.

According to the water ministry, the results of the samples will be released in a few days.

Photos of pool of water near dead sea 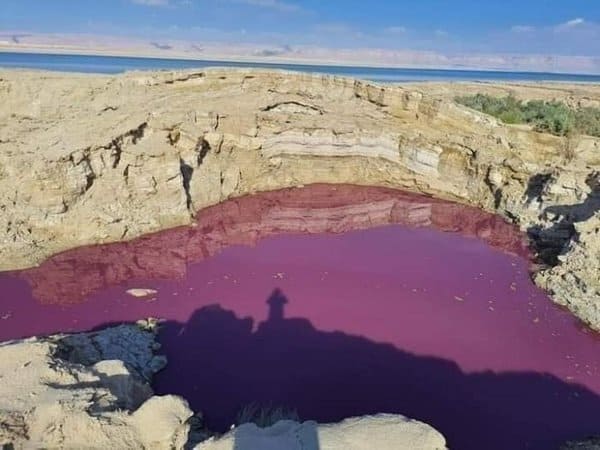 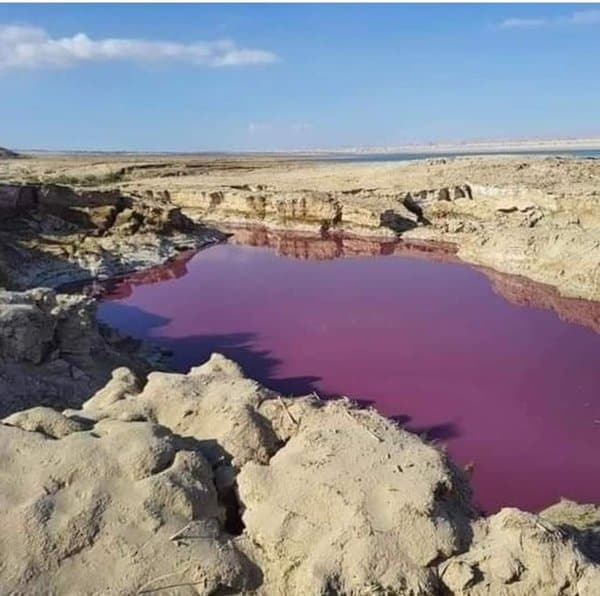 The Dead Sea is not a sea at all, but rather a landlocked lake surrounded by Jordan, Israel, and Palestine. The only water coming in is from the Jordan River, and there is no way out.