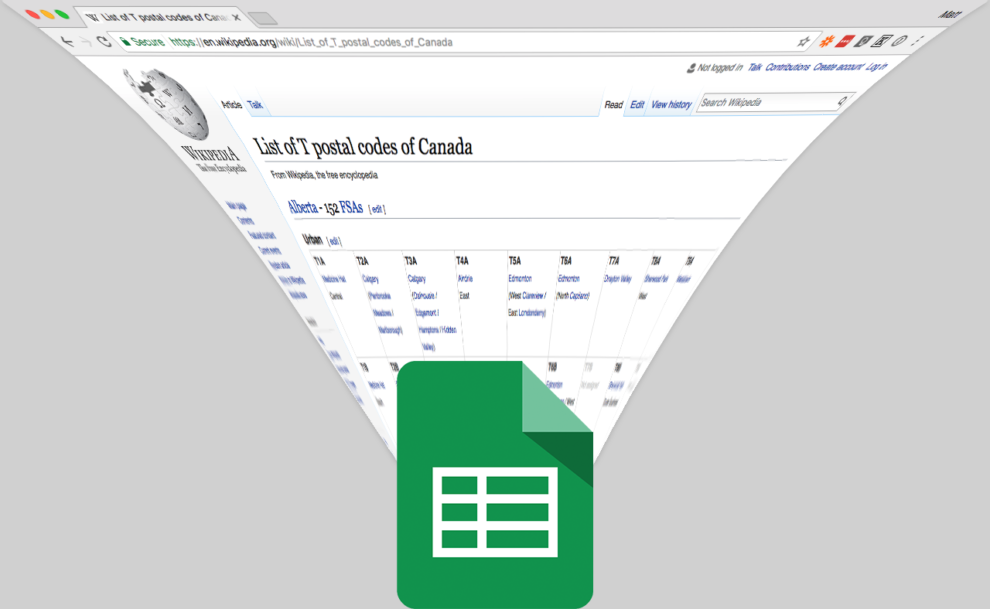 Unfortunately, several Google Sheets users now report that the IMPORTXML and IMPORTHTML functions are not working. As you read further through the rest of this article, you’ll find everything you need to know about the Google Sheets issue, including a fix.

Google Sheets is one of the most commonly used spreadsheets programs out there. Many people love using the software because it offers tons of amazing features, such as the IMPORTXML and IMPORTHTML functions.

Unfortunately, according to several reports across various social media platforms, the Google Sheets IMPORTXML and IMPORTHTML functions are currently not working. Below are some complaints about the issue:

According to Kyle Smith 740, the Google Support member mentioned the Importxml function was working perfectly well for him for 2 months but suddenly started failing. Here’s a brief of what the user said below:

“I only see an error box that says “Loading data… not the typical “unable to fetch” or formula parse error if I did something wrong. It’s just hanging. Also, two API connections I have in my sheet are doing the same thing.

You can also check here (1,2,3) for more reports regarding the IMPORTXML and IMPORTHTML issues. 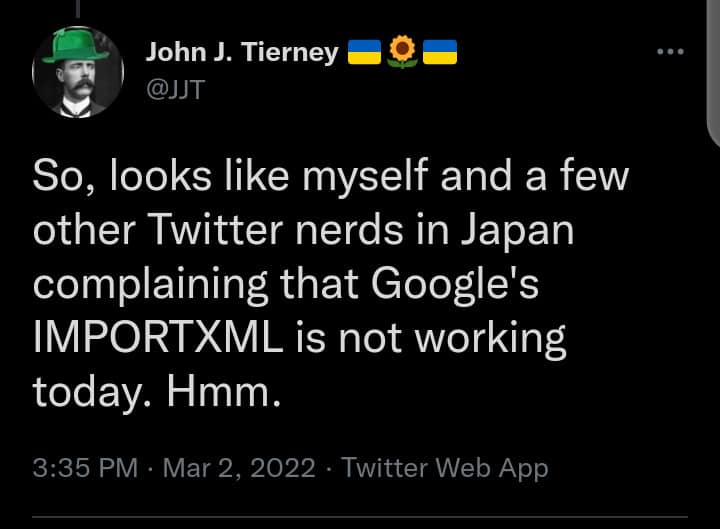 Any official fix yet?

Currently, there’s no fix yet to address the Google Sheets IMPORTXML and IMPORTHTML issues. However, with many reports of the problem on Google support, it seems the Google team is now aware of the issue.

According to a Google Employee, the team is already working on dropping a fix to address the issue. An official announcement was made by Google here; you can continue checking it for updates regarding the fix. 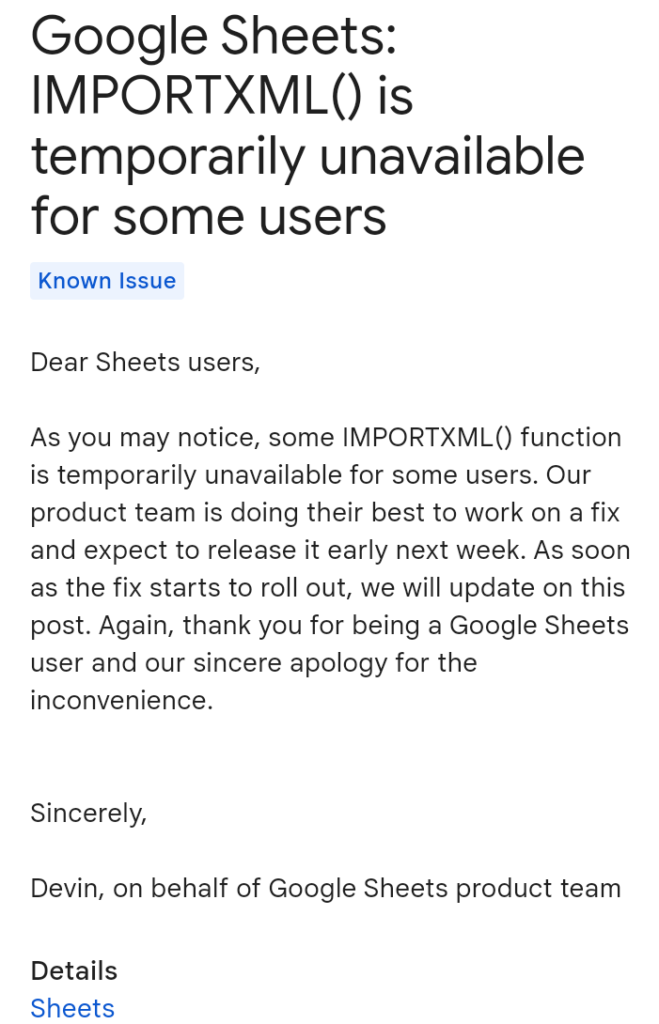