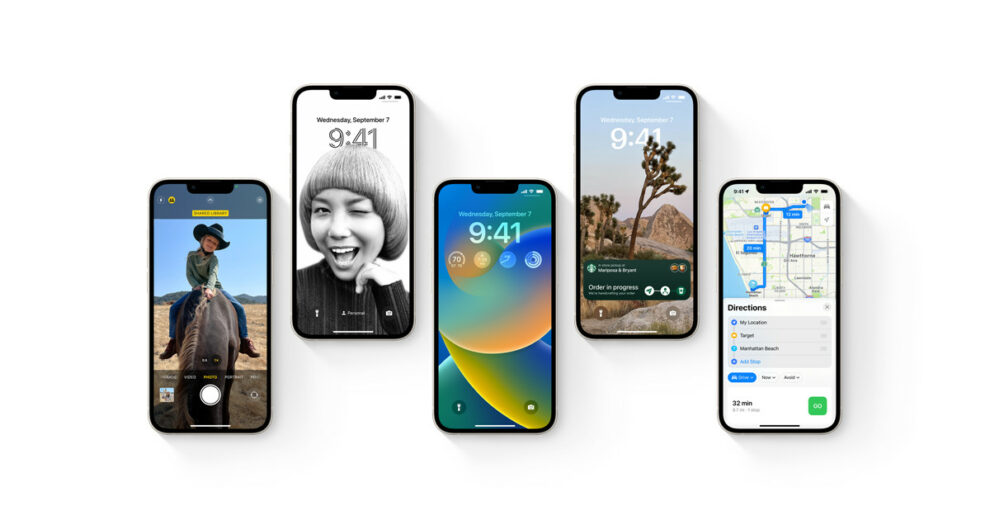 The new iOS 16 has come up with new exciting features and improved customization. But there have been some bugs that have hindered with user experience. There have been many issues such as ghost touch and battery percentage-related problems.

Multiple Reddit and Twitter reports of the Weather app displaying accurate weather predictions and temperature information on iOS 16 have come up.

“@zollotech I’ve read many complaints from Europe and myself about the Apple Weather app in #iOS16. They are showing the wrong data, which is not the same as their sources. How is it in the USA? Better or worse?” posted one user. 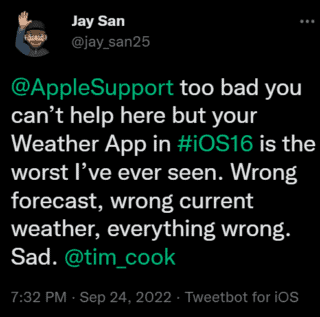 “First, I checked every official weather station in my area and it doesn’t seem Apple Weather gets data from them. Also, the weather forecast shows rain, but the hourly forecast just shows a cloud. Will Apple fix this?” posted another.

The weather information is bugged only on devices updated to iOS 16 as iOS 15 users are not facing this problem.

Affected users have tried some solutions such as deleting and reinstalling the app but it has not worked for them. Apart from forecasting incorrect weather conditions, there is also the added issue of the app crashing when a location is removed or deleted.

“I’ve been trying to remove the Cupertino city from my weather app, and it just flat out crashes. On iPhone 14 Pro,” said one user.

“Am I the only one? In iOS 16, on a new install, when trying to delete a location in the Weather app (Cupertino, where I don’t live, so want to delete it), it literally crashes the app right there,” posted another affected user.

Several users are not able to add new locations as they get removed when the app is accessed.

Apple has not acknowledged the weather app showing incorrect temperature on the iOS 16 problem. But an affected user claimed that the app crashing issue has already been resolved.

There is currently no workaround that can help fix the issue temporarily.