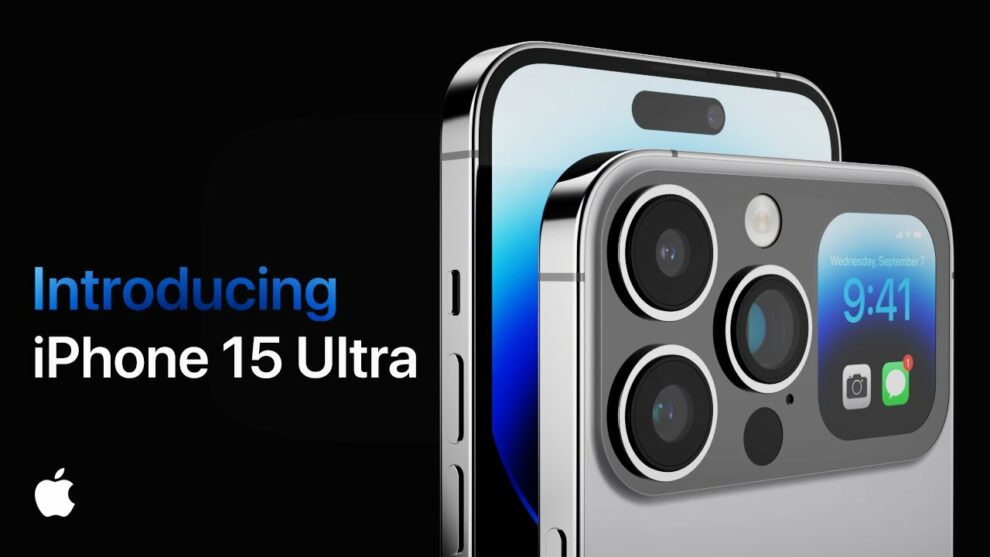 The new iPhone 14 phones are out on the market along with rumors about the 2023’s iPhone 15 model.

Apple has introduced some amazing design changes in the new iPhone 14. These include more customization options for lock screen, Emergency SOS via satellite, Crash Detection, and camera improvements. We can say that the iPhone 15 will most likely take on the new design with additional features.

Apple could adopt the following features in iPhone 14’s successor. These include a USB-C port, an iPhone 15 exclusive periscopic telephoto camera, a pill display cutout, an under-display Touch ID fingerprint scanner, as well as an official A17 chip.

Read on to discover more about the much-awaited iPhone 15 series. Of course, this will include the expected release date, features, and specifications of the 2023 iPhone models. We can’t wait to see if the expected features of the iPhone 15 are any better than this year’s phone.

There’s no official statement regarding the iPhone 15 lineup yet. However, based on previous releases, we should be able to make a pretty close guess.

The iPhone 12 series and iPhone 13 lineup launched in November 2020 and September 2021, respectively. The new iPhone 14 and iPhone 14 Pro Max launched at the Apple event on September 7 this year.

Looking at these release dates, it’s safe to say that the iPhone 15 lineup will most likely be revealed by September or October 2023.

The company is working on using the Dynamic Island feature to all iPhone 15 models, according to industry analyst Ross Young. The feature has been brought exclusively to the iPhone 14 Pro devices.

Young said he expects the feature to be available on all models of iPhone 15 in 2023. However, he does not see the probability of an LPTO display on the 2023 phones. He suggested that the iPhone 15 models will not be equipped with ProMotion support and an always-on display feature available in most Pro models.

Dynamic Island is an upgrade to the long-standing notch on the iPhone models. It is the area surrounding the Face ID sensors and selfie cameras of iPhone 14. Users can unlock their iPhones or click selfies through the Dynamic Island option. They can also check system alerts for incoming calls or Face ID prompts. Apple has integrated innovative functions along with the pill-shaped cutout for a revamped front look of the iPhone 14 phones.

Apart from the hole + pill design, rumors also have it that 2023 iPhone Pro models will feature an under-display Face ID system. The report came from the popular Korean website, The Elec. This particular rumor was recently countered by Ross Young and a few other Apple insiders.

These analysts mentioned that the under-screen Face ID system is already in its development stages but won’t be available until 2024. Young claims that the company will introduce under-display Face ID technology in the iPhone 16 Pro models, along with all models from 2025 onwards.

Interestingly, Mark Gurman of Bloomberg and analyst Ming-Chi Kuo of Apple have both released a post to back up the USB-C claims. Gurman added that Apple will likely release a Lightning to USB-C adapter for new USB-C iPhones to connect to suitable Lightning-based cables and accessories. These regulations would require Apple to produce iPhones with USB-C ports in Europe, so Apple either needs to make a worldwide design swap or develop special iPhones for sale in Europe. The USB-C port can improve charging and data transfer speeds.

Apple could be making the shift to USB-ports due to regulatory obligation to standardize ports in countries such as India and Brazil. The EU is planning to pass the legislation to pressurize Apple to adopt USB-C on all iPhones, iPads, and AirPods sold in Europe by the end of 2024.

Another rumored feature that could make it on the 2023 iPhone 15 models is the Periscope Lens technology. However, most of the rumors suggested that the technology will only be available on the Pro models of the iPhone 15 lineup. Apple’s analyst Kuo further confirmed that the 6.1 inch iPhone 15 Pro Max will likely have the periscope camera lens. This makes it possible that the feature will be available in the more expensive and high-end models of the iPhone 15.

In a periscope technology, light enters through the telephoto lens which is reflected on an angled mirror towards the sensor. The directional change of light makes room for a longer telephoto system inside phones. This allows for better zoom options without the image being blurred. Largan and Genius are rumoured to supply the lens for the iPhone 15 models.

The company’s biggest competitor Samsung has also released its smartphones with the advanced periscope lens that allows up to 4x to 10x optical zoom and over 100x digital zoom. Samsung also owns many of the technology patents used in the periscope lens.

If you’re up to date with iPhone news and rumors, you must have heard of the term “modem chips,” which Apple is currently developing in-house. Rumors have it that these chips will most likely be available in 2023. However, it is not clear if the modem chips will be ready by next year.

Kuo recently revealed that Apple’s 5G modem chip efforts were not successful so the 2023 iPhones will probably not have the company’s debut modem chips. The recent development means the company will need to rely on Qualcomm for the iPhone 15 models.

Apple generally uses Qualcomm chips but due to dispute between the two companies, Apple has been making efforts to produce its own chips. A few years ago, Qualcomm hinted that it will only supply 20% of iPhone’s chips. However, if this comes true, Apple’s production can be at risk. We can only hope that the company’s in-house chip manufacturing supply gets successful. Otherwise Apple will have to make do with the A15 chip used in the ‌iPhone 14‌ devices and use the 4nm A16 Bionic down for the 2023 models.

Rumors suggest that the 2023 iPhone models could launch with an A-series chip. This chipset will be built on TSMC’s next-generation 3-nanometer node. With the A-series 3nm chip technology, the performance of iPhone 15 models could increase by up to 15 percent. In addition, the chip will most likely also reduce power consumption by up to 30 percent.

TSMC is predicted to start 3nm chip production this year. It means that they would be ready for the 2023 launch. The update could give an edge to the iPhone 15 over other smartphones in the market.

While all these expected changes aren’t set in stone, it is quite possible that they are implemented in the 2023 iPhone. With users having so many options, it is time that Apple gets ahead in the game. The company needs to take charge of the latest technology to satisfy its loyal customers. The iPhone 14 is the most in-demand smartphone of 2022 but with its fair share of issues.

We hope that the iPhone 15 series also focuses on user experience and uses the most advanced technology for the phones. We are excited to see how many rumors are found to be true in the iPhone 15 models. Till then, stay tuned to hear more updates about the next year’s lineup.

This article has been updated with latest information on Sept. 21, 2022.