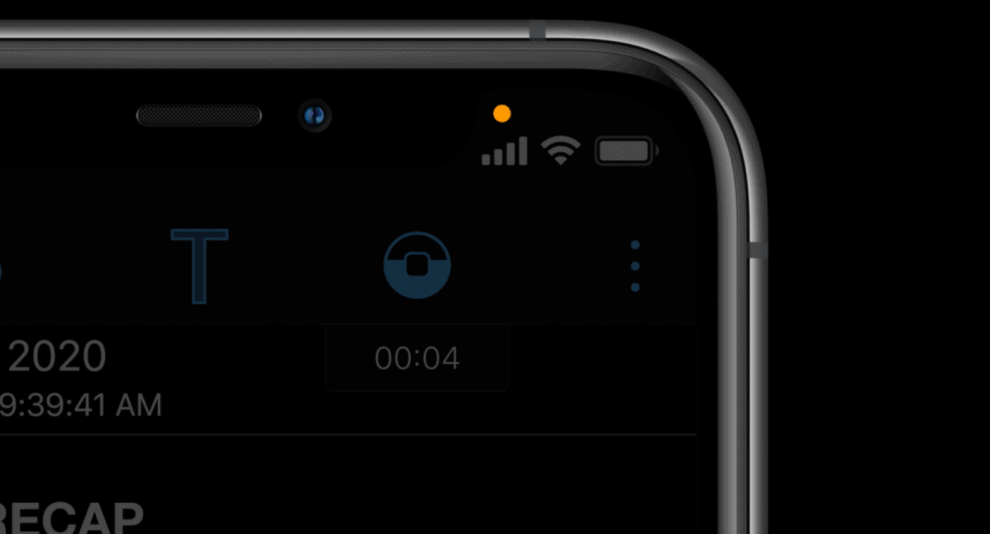 Apple has started rolling out the iOS 14 software to eligible iPhones around the world. The Cupertino company has doubled-down on user privacy with the iOS 14. The software brings tons of new features and minor tweaks. A lot of iPhone users who installed iOS 14 have noticed a green or orange dot in the status bar. They are wondering what these dots appearing next to the WiFi status and cellular signal indicators mean. Is an app spying on your iPhone?

The green or orange dot in iOS 14 is a good thing for your privacy. It’s supposed to inform you if a malicious app is spying on your iPhone so you can protect your privacy. MacBook users are familiar with the physical green LED next to the webcam. When an app accesses the camera, the LED light turns on, indicating that an app is watching through your camera. 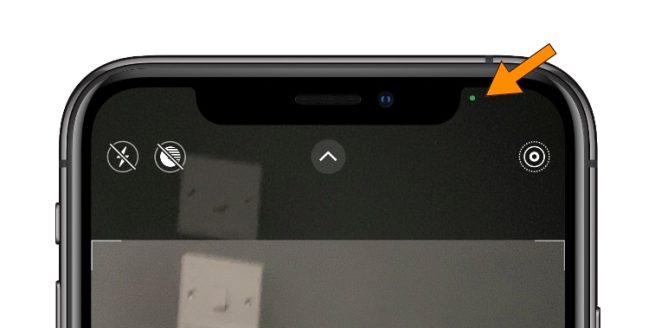 What does the green dot in iOS 14 mean?

If you see a green indicator in the status bar, it indicates that the camera or both the camera and microphone are being accessed by an app. It’s OK if the green dot appears when you are taking a photo or video.

But if an app is trying to access the camera in a suspicious way, it might be spying on your iPhone. The app could be violating your privacy. You can go to the Control Center to see which app is using the camera or both the camera and microphone. If you are not satisfied, you can contact the app’s support team for clarification.

An orange dot appears while you’re on the call

The orange dot should appear only when you are using an app that needs access to the microphone. If it shows up in a suspicious context, you should contact the app developers for clarification. Or you could uninstall the app if it seems malicious.

These are only small changes, but go a long way in protecting user privacy. Apple is giving you greater control over your data.