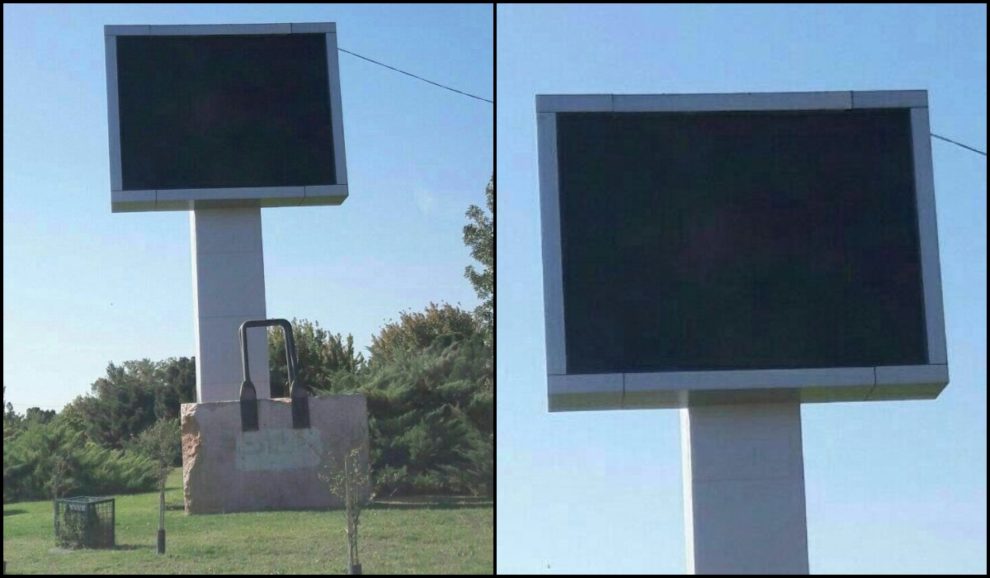 Iran’s clock, which counts down the days until Israel’s destruction, has reportedly stopped working due to power outages caused by Trump-era economic sanctions and mismanagement by the country’s government.

Power outages are causing havoc across Iran, and protests are on the rise. Pro-government media outlets have now acknowledged that outages are occurring and have warned that things could get worse.

Doomsday clock in Iran was unveiled at an anti-Israel rally attended by President Hassan Rouhani in June 2017 as part of the annual “Quds Day” commemorations, which take place during the final days of Ramadan. The clock chose a remarkably precise timeline for Israel’s destruction: 8,411 days, or roughly 23 years, matching a 2015 prediction made by the country’s top leader, Ali Khamenei.

Crowds chanted anti-Israel slogans and burned Israeli and American flags, according to reports at that time.

Rastakhiz, a Twitter account run by an Iranian immigrant in the United States, noted that, ironically, the Iranian regime’s countdown to Israel’s annihilation clock has stopped working due to power outages in the country.

Iranian regime’s countdown to Israel’s annihilation clock has stopped working because of the power outages that have swept across Iran. pic.twitter.com/1gnNVeLoRU

According to former Al-Monitor journalist Assad Hanna, the clock has apparently stopped because of nationwide power outages:

Iranian regime’s countdown to Israel’s annihilation clock has stopped working because of the power outages that have swept across Iran. pic.twitter.com/plWyIytqnl

Danny Danon, a former Israeli ambassador to the United Nations, advises Iran to focus on renewable energies, on Twitter.

“Perhaps instead of developing nuclear weapons they should concentrate on developing renewable energies,” he tweets.

According to Iran International, a Persian media outlet based in London, “large parts of the Iranian capital Tehran and Karaj, a city west of Tehran, as well as other cities were plunged into darkness Saturday night to early Sunday as a result of unannounced power cuts.”

It’s unclear whether the clock revealed in 2017 is the same that is pictured above.

President Joe Biden is attempting to persuade Iran to rejoin the 2015 nuclear deal, which then-President Barack Obama agreed to join in the months following the unveiling of the clock.

Although there has been little progress in indirect talks, Biden is offering the regime the prospect of sanctions relief.

Hackers from Iran used Facebook to spy on US military personnel

Iran is ready for all-for-all prisoner swap with US: Govt spokesman