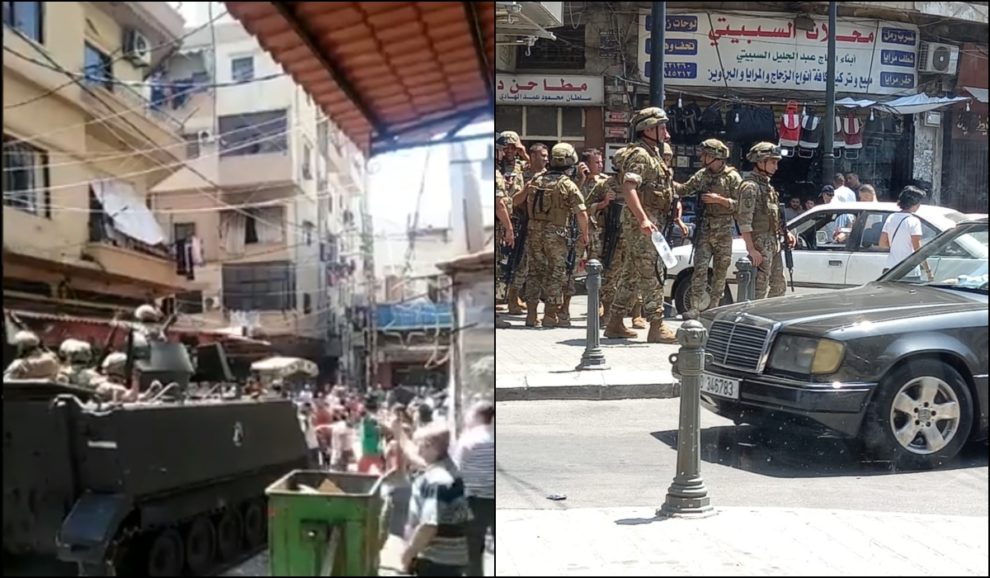 According to the Lebanese National News Agency, armed young men shot in the air in the Tripoli neighbourhood of Al-Tal, and the owners of shops and banks were asked to close in protest of the deteriorating living conditions.

The reports from Lebanese “National News Agency” indicated that “the gunmen shot in the air in the locality of Al-Tal, and asked the owners of shops, commercial institutions and banking to close in protest against the power outage, the high exchange rate of the dollar, and the crazy rise in the prices of various consumer goods.”

And the agency stated, quoting its reporters, that “other gunmen also fired shots in the air in the localities of Tabbaneh and Al-Barani neighborhood due to the loss of fuel, electricity cuts, and the outrageous high prices.”

The “Lebanon 24” website stated that “the Lebanese army has spread in the area, and that the army troops are still deployed in various neighborhoods and streets of the city, and they are carrying out their tasks to the fullest in order to preserve the security and safety of the people of Tripoli and its residents.”

Lebanese media and news websites said that “a state of extreme tension and anger prevailed in Tripoli, in northern Lebanon, following information about the death of a child as a result of a power outage from an oxygen machine,” stressing that “some roads were cut off with the hearing of gunfire and the appearance of a heavy armed man, and shops were exposed.” Commercial and banking for shooting.”

However, the claim of the death of a child was rejected by the Mayor of the city.

According to latest reports, Tripoli Mayor Riad Yamak said that situation in the city is “back to normal” and that army is redeployed to control the situation. Aerial gun firing has been stopped, he added.

Watch videos of the situation from Tripoli below:

BREAKING: Armed men have taken over the streets of #Tripoli, deployed Lebanese troops are apparently hiding to avoid confrontation amid protests due to economic collapse pic.twitter.com/qMXTVsTXB6

Army firing live ammunition in Tripoli today with clearly little regard to where these bullets might land pic.twitter.com/II3WalyEzU

🔴 Crisis in #Lebanon ➡️ Worrying escalation in #Tripoli: armed men in the streets, heavy gunfire in the air, and Leb army has yet to restore calm in the city. pic.twitter.com/HAjq1OiDfb