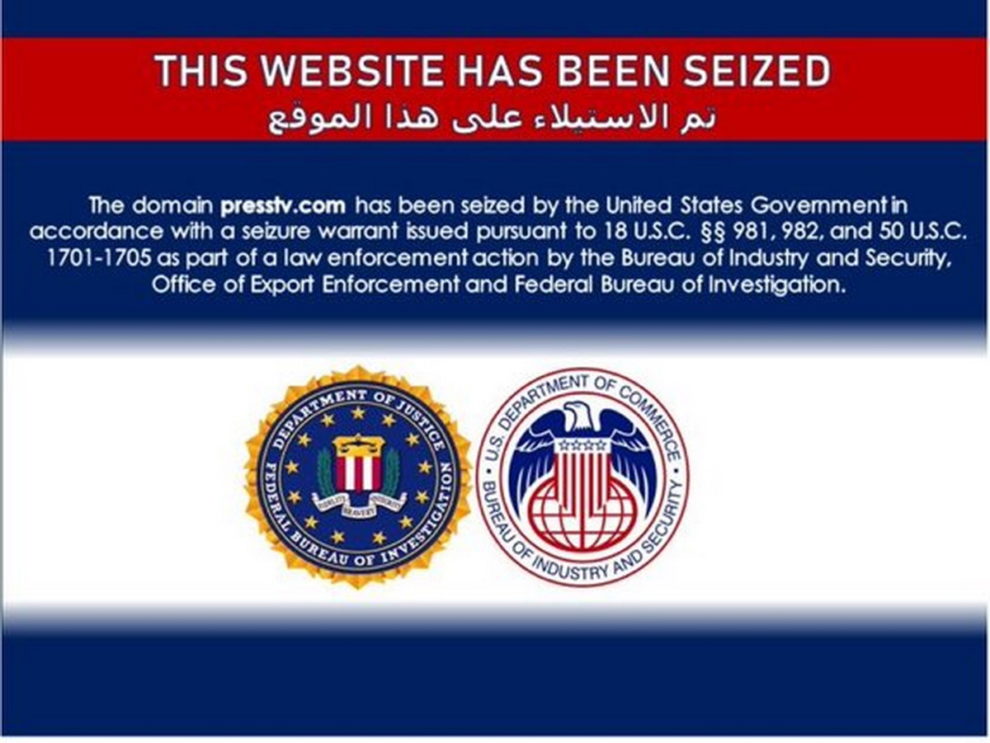 UPDATE: US government has seized dozens of US website domains connected to Iran including Press TV, linked to what the US says are disinformation efforts, a US national security official told CNN.

Iran’s Press TV website domain has been seized by the US government, according to the notice seen on the website.

Apart from Press TV, US government notices are seen on the websites (domains) of Al-Alam News Network (Iran) and Al Masirah (Yemeni TV).

Visiting Press TV website gives a notice with codes included in it. The US codes cited are civil, criminal forfeiture and powers given to the US president during a national emergency.

State Department spokesman Ned Price reportedly says he does not have anything to say on the alleged US government seizure of Iran Press TV website domain, but says he thinks the Department of Justice may have something to provide on the action.

However, Iran’s Press TV website is accessible ‘without any notice’ to many internet users in different regions due to DNS.

Press TV acknowledges the seizure of its website’s domain by retweeting a post by PTVBreaking that says: (UPDATE: Tweet deleted)

“In what seems to be a coordinated action, a similar message appears on the websites of Iranian and regional television networks that claims the domains of the websites have been “seized by the United States Government.”

The US action comes just one day after newly elected Iran’s President Ebrahim Raisi urged the US to lift all sanctions against Tehran and re-enter the 2015 nuclear deal, which was negotiated by the Obama administration but unilaterally rejected by President Donald Trump in 2018.

Press TV is the international English-language service of the Islamic Republic of Iran Broadcasting (IRIB), Tehran’s state media agency, which debuted in July 2007. Al-Alam has been broadcasting in Arabic, Farsi, and English to audiences in the Middle East and the Mediterranean since 2003.

At the time of publication, the US government had not issued a statement. The reasons for this action, as well as the precise legal underpinnings, are unknown at this time.

Iran Claims It Foiled US Attempt To Steal Oil From A Tanker, Releases Video