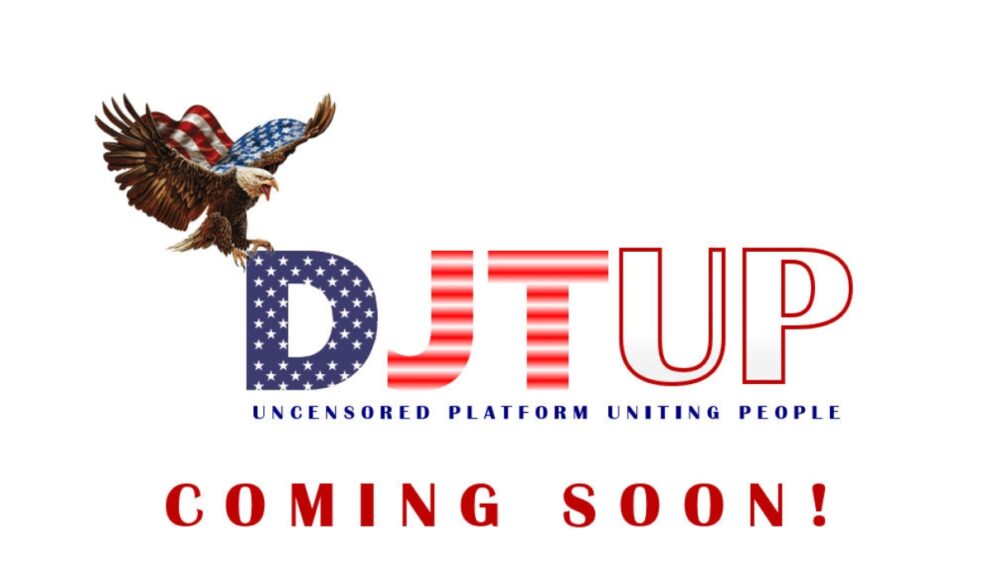 Former President Donald Trump has officially launched a website, 45office.com but there is a fake website DJTUP.com that is also circulating on social media.

According to Fox News, the website 45office.com went live on Monday and displays images of Trump with world leaders. The images highlight his legacy and indicate that he still has a crucial influence on the political future of the Republicans. The website offers a platform to Trump’s supporters to stay connected and he will resume his “America First” campaign.

The home page of the website says, “The Office of Donald J. Trump is committed to preserving the magnificent legacy of the Trump Administration, while at the same time advancing the America First agenda.”

The “About” section shows synopsis of his tenure in office. It outlines Trump’s greatest achievements, such as energy and border security, building up NATO and other international alliances. Also his reaction to the Covid-19 pandemic.

However, the scam website DJTUP.com is neither endorsed nor officially announced by Trump or any of his aides. The footer image on the fake website says that it is seen on Bloomberg, Reuters, WSJ, and other renowned publications. But this is actually not true.

“We will NEVER sell or share your personal information with anyone, except in accordance with the law. Anything YOU share becomes public domain and is therefore accessible by anyone choosing to view it. This policy may change at any time. Notice will be provided.”

Some users on Twitter are posting the website link and rushing to reserve their usernames. While others are doubting its credibility and warning users that it’s a scam website. One user posted this tweet:

Another user was curious and asked:

“Has anyone registered on the DJTUP site? I did I am a little skeptical I can’t find anything about it and who is behind it? Seems bogus it might need to be reported. If you know anything please share & vice versa.”

The centerpiece of the official website is an 885-word history of the Trump presidency, listing the achievements of what it describes as “the most extraordinary political movement in history”.

The website says on the economy, “President Trump ushered in a period of unprecedented economic growth, job creation, soaring wages, and booming incomes.”

We have reached out to Donald Trump’s office and will update this article with official comment as soon as we hear.

3 important questions to ask when choosing a web host