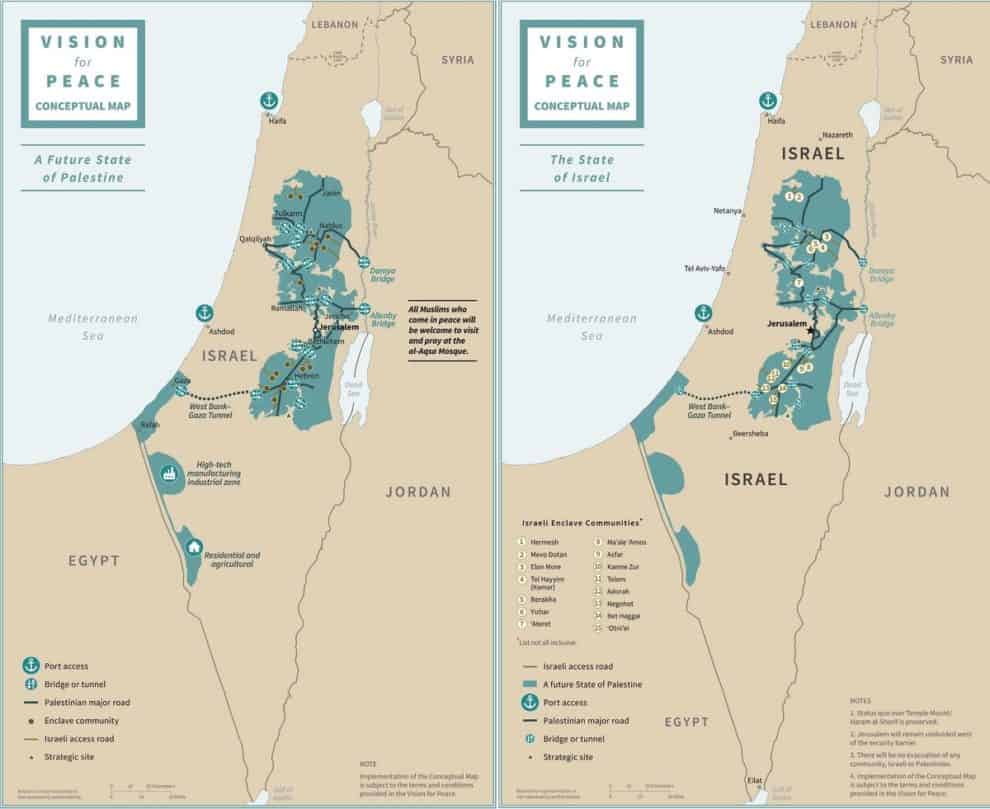 Annexation, in international law, is an administrative concept, meaning a forcible acquisition of a state’s territory by another state. It’s an illegal act, which seems to follow the military or belligerent occupation of a territory. So far, there are a few countries practicing the act across the world. An example is the State of Israel’s annexation plan to acquire both the Golan Heights and East Jerusalem. The plan, which is not a step reached through negotiations with the occupied party, comes through a unilateral move by the Israeli government decisions and Knesset legislation. The majority of the International community did not support or recognize the move until President Trump’s administration amended the US policy and recognized Israel’s annexation plan. However, while supporting it, Trump emphasized that the policy did not cover future negotiations over the fate of the territories.

LATEST UPDATE: No final decision at the conclusion of the round of White House talks on Israel annexation plan in West Bank, US official told Reuters.

With initial support from the US, Prime Minister Benjamin Netanyahu has now promised to declare Israeli sovereignty over all of the Jewish settlements, which were established since 1967, in the West Bank.

According to reports, the decision by the Prime Minister to do that has come up several times, in his last three election campaigns. Although Netanyahu initially planned to annex only the Jordan Valley, with the current support by the Trump’s administration, he has extended the unilateral move to all Jewish settlements in the West Bank.

No doubt, President Trump’s plan for resolving the decades-old dispute between the Israelis and Palestinians focuses on a two-state solution, which sketches out a distant future where there’ll be a Palestinian state and the State of Israel.

According to blueprints, there’s support for Israeli to annex up to 30% of the territories in the West Bank. However, talking of where the Palestinian state will be located, only a limited and noncontiguous territory was offered. This has caused the Palestinian government and its citizens to protest against the plan, which mostly favored Israel.

So far, European countries and international bodies have claimed not to support the unilateral move by the Israeli government. Let’s have a quick look at all of them below:

UN, EU, Individuals And Countries Call On Israel To Drop Its Move

According to reports, some international bodies, including the UN, have called on Israel to drop its annexation plan to acquire some territories in the West Bank and Jordan Valley.

“A watershed moment that will constitute a most serious violation of international law.”

Guerres also called on Israel to drop the plan, which has received support from Trump’s administration. According to reports, Netanyahu has promised to begin processing it starting from July 1.

Furthermore, Guerres mentioned that if Israel should implement the plan, it’ll grievously harm the prospect of a two-state solution. Here’s a brief of what the UN chief said during the virtual meeting:

“It’ll grievously harm the prospect of a two-state solution and undercut the possibilities of a renewal of negotiations”. “So, I call on the Israeli government to abandon its annexation plans.”

Here’s a screenshot of UN’s take on Israel’s plans to annex some significant parts in the West Bank: 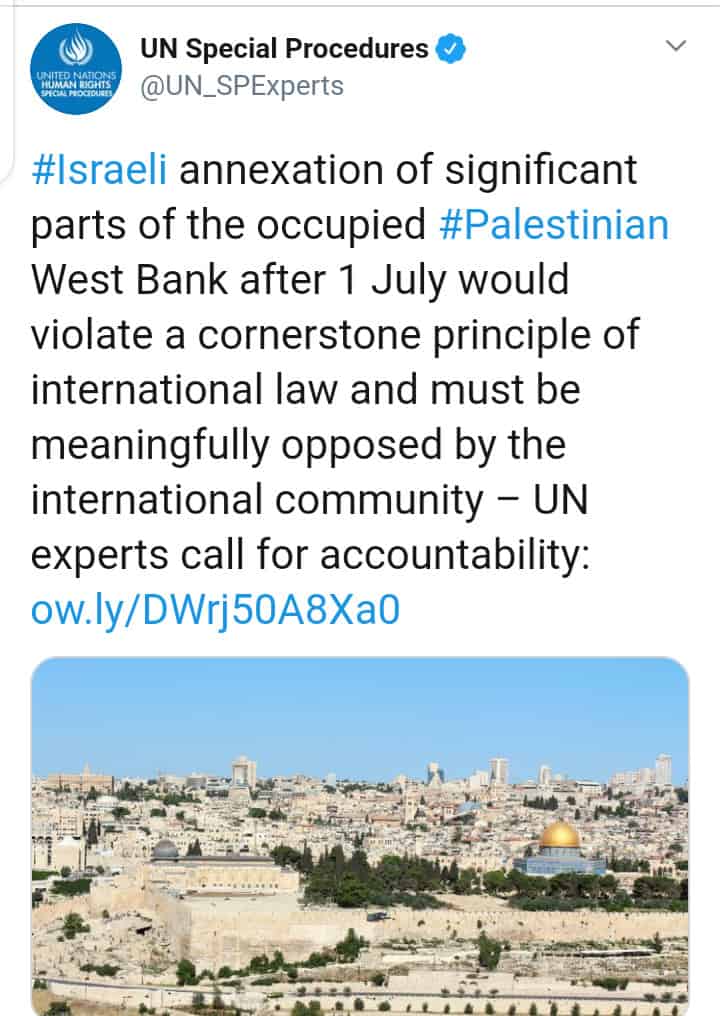 Lawmakers Claim Not To Support The Plan

According to a letter signed by over 1,000 lawmakers from across 25 European countries, Israel’s annexation plan would be fatal to the prospects of Israeli-Palestinian peace. The decision came from several politicians across different countries, including the United Kingdom, Germany, France, and many more.

The letter concluded by stating that:

“Acquisition of territory by force has no place in 2020 and must have commensurate consequences.”

Apart from the UN chief, Germany, and France’s Foreign Ministers have also chosen not to support the plans by Israel to annex Jordan Valley and some parts of West Bank.

According to reports, both ministers, Jean-Yves Le Drian and Heiko Maas urged Israel to rethink its annexation plan. That came shortly after a meeting between the two ministers.

“Our goal is still to prevent any annexation in violation of international law in the first place, “ said Drian.

Similarly, a top diplomat from the United Arab Emirates, Yousef al-Otaiba also appealed to Netanyahu, to drop the plan. Here’s what Mr al-Otaiba wrote in a watershed article, titled “It’s Either Annexation or Normalization”

“Annexation will definitely, and immediately, reverse all of the Israeli aspirations for improved security, economic and cultural ties with the Arab world and the United Arab Emirates.”

In February, the European Union’s foreign policy chief, Josep Borrell mentioned that the EU will not support Israel’s annexation plan. Giving a reason for that, Borrell said if Israel should implement it, it could bring a lot of challenges. However, it’s still unclear what the challenges will look like as predicted by the foreign policy chief.

“We will not accept unilateral Israeli moves to annex Palestinian lands and we would be forced to review all aspects of our relations with Israel”, the PM said. Al-Razzaz accused Israel of taking advantage of the coronavirus pandemic to implement “unilateral moves on the ground”.

Jordan’s King Abdullah II said, “a massive conflict with the Hashemite Kingdom of Jordan” will be initiated if Israel is allowed to annex West Bank.

“New Zealand is a long-standing supporter of Israel’s right to live in peace and security. However, successive New Zealand governments have also been clear that Israeli settlements are in violation of international law and have negative implications for the peace process,” Foreign Minister Winston Peters said in a statement.