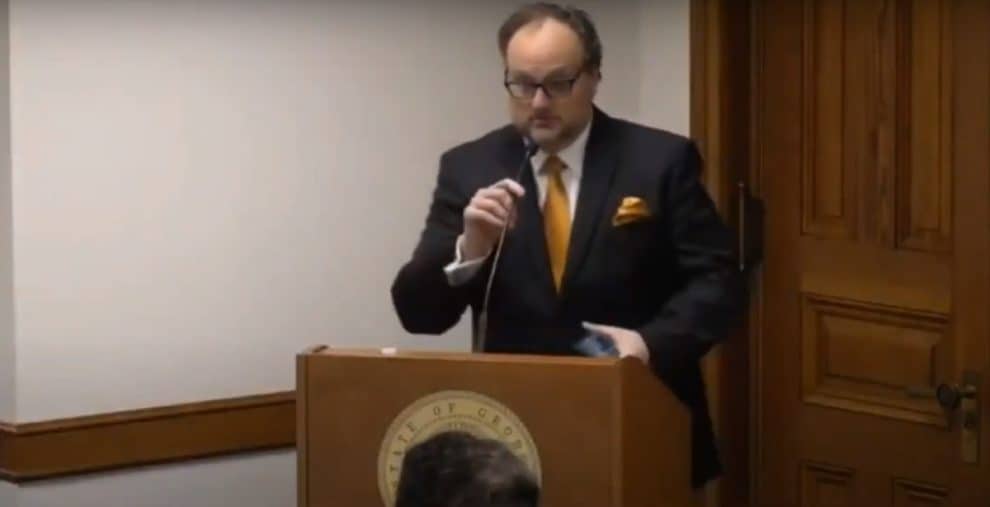 Javon Hutton Pulitzer of the Gold Institute of International Strategy just hacked into the Fulton County voting machine being used in the Georgia runoff election. Confirmed to be connected to the WiFi (internet), established two-way communication from polling pad.

Fulton county voting machines at a poll location are connected to Wi-Fi both transmitting & receiving data right now, according to a witness explanation at Georgia’s Senate Judiciary Subcommittee hearing.

The Georgia Senate Judiciary Subcommittee witness was asked about the access to Dominion Voting System machines in FULTON COUNTY which were demonstrated to have been connected to WiFi and he explains how a malicious actor could “modify the data.”

The witness continued that they have been able to “get into the system” and it is being documented at this very moment.

“At this very moment at a polling location in the county, *NOT ONLY* do we now have access through the devices to the poll pad, to the system, but we are in.”

Javon Hutton Pulitzer informs the GA Senate of a wifi-connected polling pad that is both sending and receiving data from an early-voting location in Fulton County within the last two hours. He explains below what this means in layman’s terms.

He explains what a bad actor should do with this access. pic.twitter.com/wEC69DanbO

UPDATE: Georgia Legislature just ordered a physical audit of mail-in and absentee ballots in Fulton county by an independent auditor.

Sweden’s Far-right Surges In Polls Ahead Of Election

US special election seen as litmus test on abortion rights