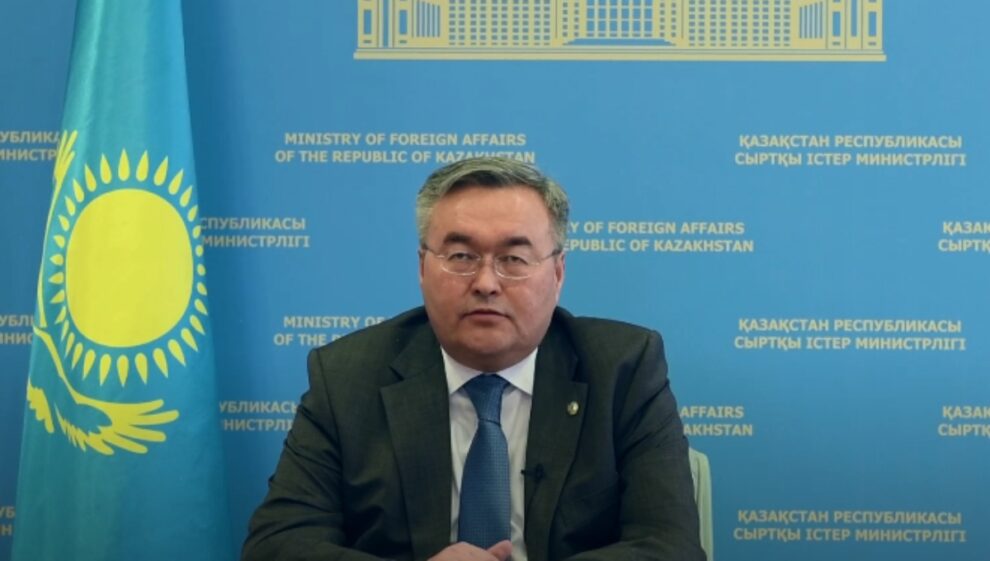 Relations between Russia and Kazakhstan have been strained since Moscow’s invasion of Ukraine, with Astana seeking to balance ties with both the West and ally Moscow.

He also assured the safety of thousands of Russians fleeing to Kazakhstan after the announcement of Moscow’s military call-up.

“It was a fairly tough conversation,” the ministry added.

Earlier this week, Zakharova said  Kazakhstan did not honour its promise to expel Ukraine’s ambassador to Kazakhstan Petro Vrublevsky, who in an interview made comments about “killing” Russians.

He later issued an apology.

Zakharova said in a statement on Tuesday that Kazakhstan “promised Vrublevsky would leave Kazakhstan irrevocably in the shortest possible time”.

She added that, to Moscow’s “deepest regret”, Vrublevsky “reappeared in the capital of Kazakhstan” and “clearly not in order to just pack up and take his family home”.

The foreign ministry said in a statement Wednesday that Zakharova’s remarks were “discordant with the nature of allied relations between Kazakhstan and Russia”.

It added that Astana communicated the “unacceptability” of Vrublevsky’s statement to Ukraine and an agreement has been reached for his recall by Kyiv.