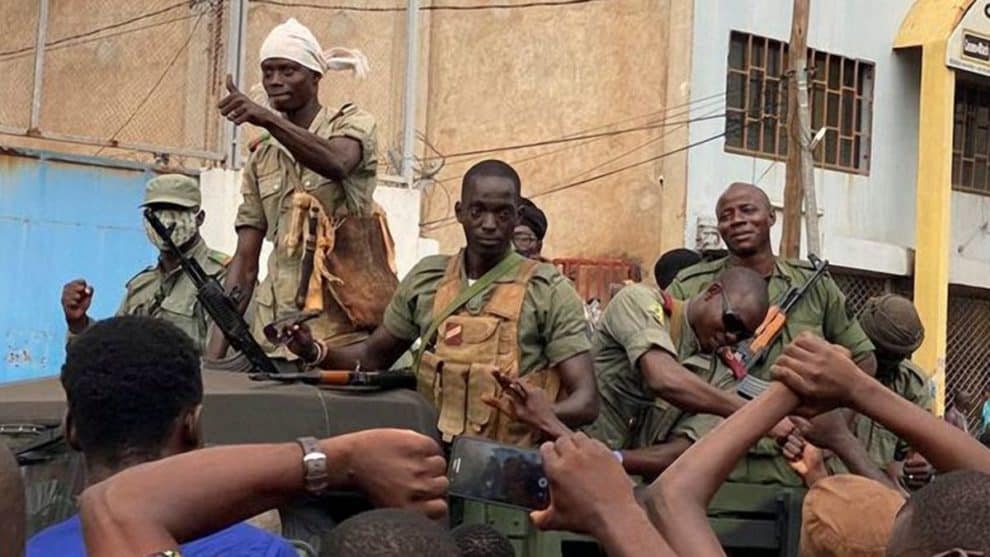 Political tensions have increased in Mali. The small African country, despite having little geopolitical relevance, is a territory of great strategic importance for some powers, mainly due to its geographical location. Mali is the main access point to the Sahara and Sahel, which are regions rich in diverse natural resources, such as oil, gas and gold. One of the countries most interested in Mali is France, which has had colonial relations with the African country in the past.

Shootings have been reported in various parts of the country’s capital. There was a great mobilization on the part of the Armed Forces, which occupied military bases and arrested politicians and members of the government. The country’s president, Ibrahim Boubacar Keita and Prime Minister Soumeylou Boubeye Maiga are being held captive. After being arrested, Keita resigned and dissolved parliament. In addition, armed forces officers who did not adhere to the mutiny were also arrested.

Around the world, several statements were made by state officials about the military mutiny in Mali. The riot is being strongly condemned, mainly by the US and France. In Africa, the African Union has expressed notes against the riot and defending the government of Mali. Still, Stephane Dujarric, spokesman for Antonio Guterres, Secretary-General of the United Nations, has condemned the violence and called for the preservation of democratic institutions in Mali.

The riot this Tuesday (August 18) comes in the wake of a serious political crisis underway in Mali, with groups taking to the streets to demand the resignation of President Keita. Recently, there were many clashes in the country. During July 11 and 12 the confrontations between protesters and Malian security forces, resulted in the death of 11 people and more than 120 injured. The opposition claims that Keita has failed to deal with corruption in Mali and that he has also failed to restore security amid escalating jihadist and intercommunity violence. The opposition also criticized the controversial legislative elections in late March this year, which were reportedly accompanied by kidnappings and death threats against observers and local officials.

The rebels’ claims are not unfounded. Several deaths of Malian military personnel have been recorded recently. In March, 29 Malian soldiers were killed in a terrorist attack in the northeast of the country. In January, other 20 deaths occurred at the military base in Sokolo, in the central region of the country. In fact, the country’s political situation has been unstable since at least 2012, after Tuareg militants took over areas in the north of the country, which was further aggravated by French intervention. In February this year, France announced plans to send an additional 600 soldiers to the West Africa’s region to join another 4,500 soldiers who were already there to fight terrorists in the Sahara and Sahel zones.

Indeed, with the speech of “fighting” terrorists and “helping Mali”, France has considerably increased its military presence in West Africa. For years, French action in the country has left victims who are not limited to terrorists, but include innocent Malines, both military and civilian. Mali has not only been used as a bridge to access the African continent’s natural resources; it has also been a major French military laboratory. At the end of 2019, France used armed drones in a real combat situation for the first time, killing seven alleged Malian terrorists – there was never any confirmation that the Malines killed by the drone attacks were indeed terrorists. Paris is making the small African country a site for experiments and tests for major conflicts in other parts of the planet, fulfilling Macron’s plans to raise France’s geopolitical status.

Faced with this scenario, with a country divided between terrorists, foreign military personnel and a government incompetent to deal with the national crisis, the revolt of a portion of the armed forces was an expected possibility. However, many uncertainties still surrounding the attempted coup in the country. Despite the condemnation expressed by Western governments, the military’s intention and its ties with foreign governments are still unclear. It is possible that the sentence issued in a note by the French government is a mere formality and that the mutiny is favoring Paris’ interests; likewise, it is also possible that the military simply wants to end the activities of an incompetent government to resolve the issue of terrorism and foreign interference.

The data are not yet sufficient to conclude the real nature of the coup, but one thing is certain: France will continue to try to resume its dominating influence in Mali. If the rebels try to expel the French troops, Paris will react with total force and we will have a war in West Africa.