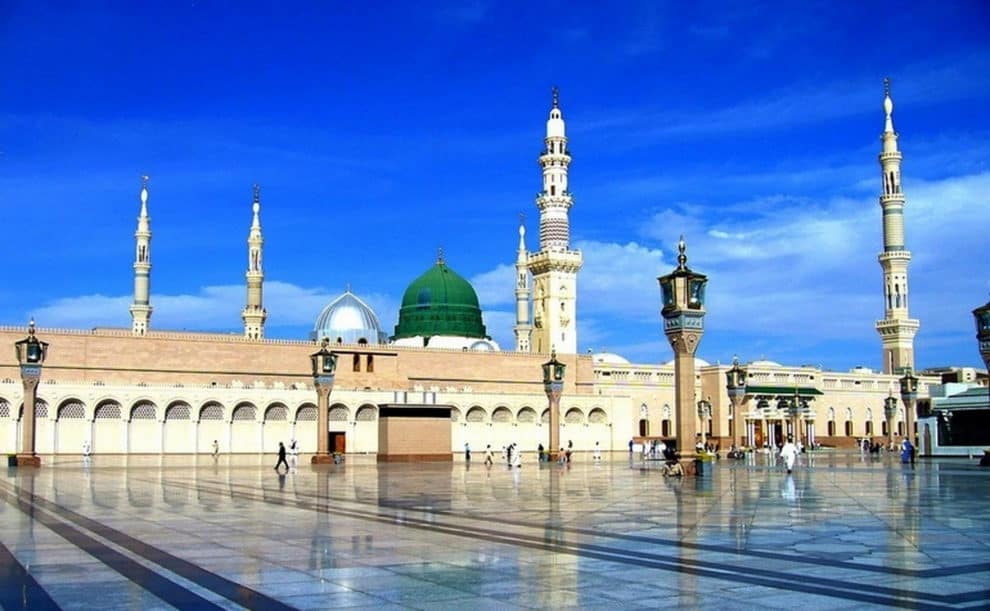 According to Sheikh Abdul Rahman Al Sudais, good news has finally come to the faithful worshippers. In what the general presidency for the affairs of the Two Holy Mosques said, the faithful will soon start worshipping at the two mosques.

“Days would come (soon) when worshipers return to the Two Holy Mosques.”

Recall that last month, Saudi Arabia banned prayers at the two mosques, including Masjid al-Haram and Masjid al Nabawi. That came as a result of the rapid spread of coronavirus, causing lots of panic in the minds of most people. 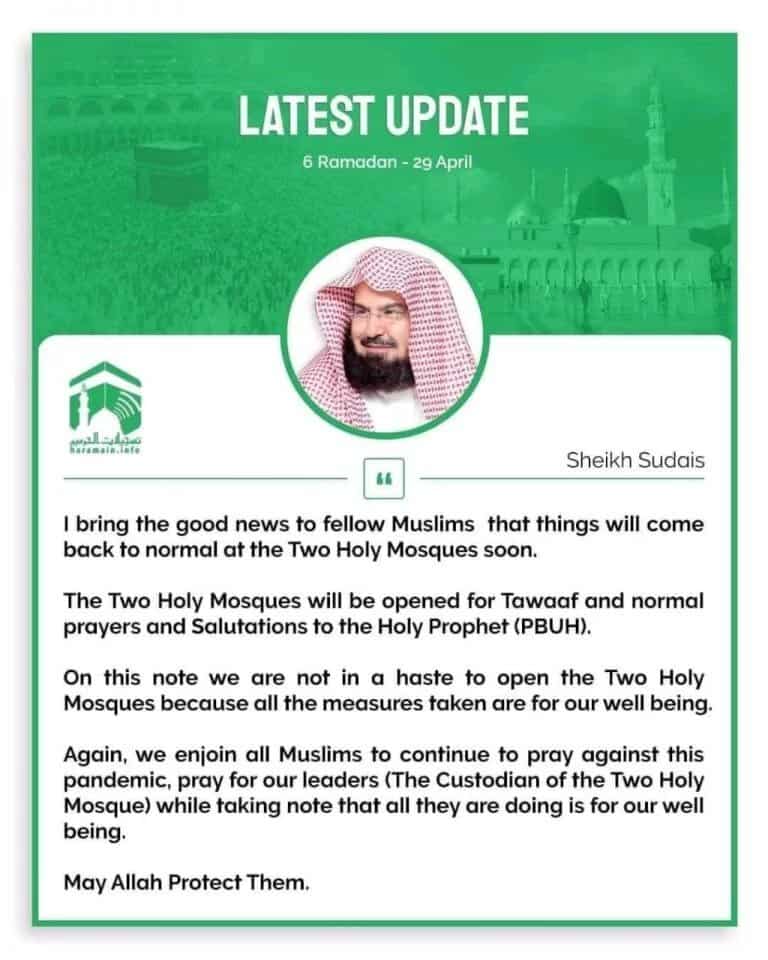 According to the video of the Sheikh, here’s what he said:

“Days (will come) when the sorrow will go away from the Islamic Ummah and we return to the Two Holy Mosques for tawaf (circumambulation around the Holy Kaaba), sa’i (the ritual of hastening between the hills of Safa and Marwa) and praying at Al-Rawdah Sharif and greet the Prophet (peace be upon him).”

“Things will return, God willing, as they were, as the State is keen on creating a sound and healthy environment.”

He further advised the Muslim faithful to avoid rushing to free themselves from the lockdown and coronavirus-related restrictions.

Also, according to a Twitter post, the ministry of Haj and Umrah has urged the faithful to abide by the coronavirus restriction rules laid down. Here’s what the post said:

“God willing, under the wise leadership of our government, and in line with our commitment to abide by the procedures and instructions issued by the competent authorities, there will be a return to Makkah, with the reopening of the Haram and return to visit the Prophet’s Mosque in Madinah for the faithful from all corners of the globe… the feelings of Muslims are with us and we have support from everywhere.”

As with the latest development, Sheikh Al-Sudais monitored the installation of thermal cameras at Makkah’s Grand Mosque. According to findings, they place the camera at the entrances of the courtyards and in the Prophet’s mosque in Medina. Also, each of them has the ability to scan up to 25 people at a time. With the launching of the cameras today, we can now detect coronavirus affected people. And that’ll go a long way in helping to combat the virus.