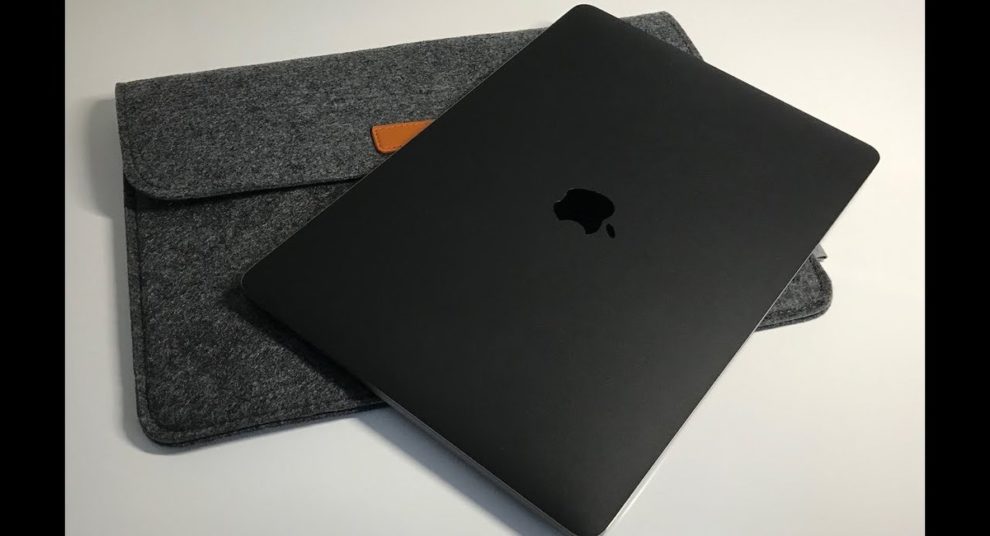 If you are one of the users who wished for a matte black Macbook – your wish might be granted. According to a new patent from the company, Apple is considering the idea of matte black Macbook. The patent also explains the reasons why this had not been possible yet. Because a true matte black is difficult to achieve, Apple has not seriously considered the idea.

The patent says that enclosures for portable devices mostly include an anodized layer. Then this layer is dyed in different colors. Dying enhances the aesthetic appeal of this layer to customers. However, Apple notes that certain colors are harder to achieve. Black is undoubtedly characterized as a hard color.

The patent further stated that manufacturers have only been able to achieve a dark grey color yet. A matte black will prove to be a challenge for the manufacturers. This is mainly because an anodized metal usually has a comparatively high floss finish. As a result, the surface reflects large amounts of visible light. This makes it harder to achieve a matte black.

The patent states, “Merely depositing dye particles within pores of an anodized layer is insufficient to impart a true black color. Indeed, the anodized layer plateaus at an L* value in the low 20s. Part of the challenge to achieving a true black color is that the surface of these enclosures generally has a high gloss finish, which contributes to specular reflection of a large amount of visible light.”

Patent says Apple might pull off a matte black Macbook

The patent maintains an optimistic stance regarding Apple’s capabilities. It sounds confident that Apple will be able to manufacture true matte black Macbooks. Needless to say, these devices will be high in demand. The patent says that the etched anodized surface of enclosure will be altered. As a result, this surface will come will light-trapping features. Also referred to as light absorbing properties. This surface will be able to absorb all visible light that falls upon it.

Additionally, if a certain amount of visible light is not absorbed then it will be dealt with otherwise. This additional light will be diffusely reflected by light trapping features incorporated at the surface. Consequently, the etched anodized will maintain a matter color. The color will give off a low gloss finish which will be highly aesthetic and appealing to the eyes.

Moreover, the matter finish will be combined with black color particles. The combination of these two will take place as infusion within pores. These pores will be capable of hiding surface geometries. As a result, any geometries on the external surface will be hidden. We are very excited to get our hands on the matte black Macbook!