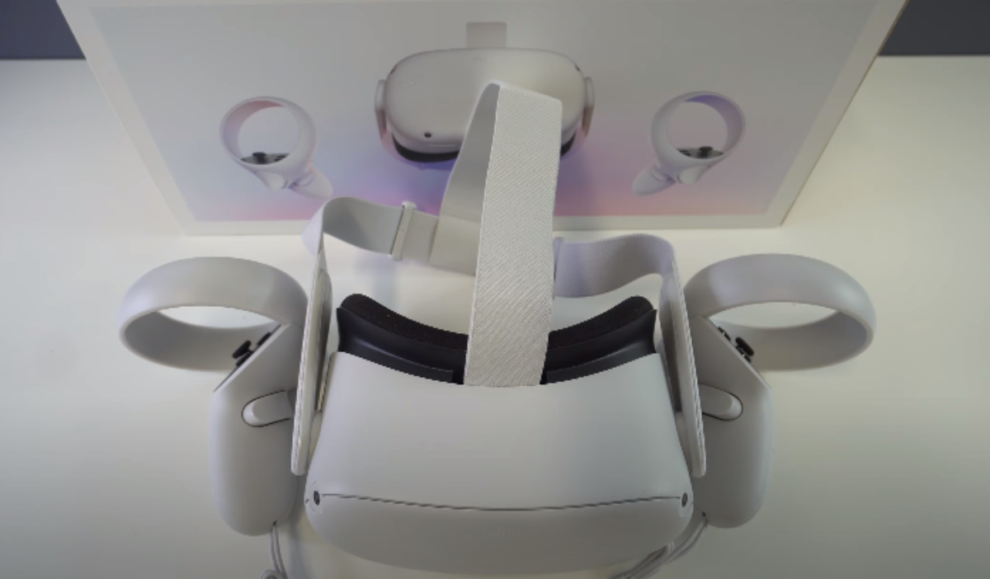 Some Meta Oculus Quest 2 customers have reported that the charging port is melting due to overheating. 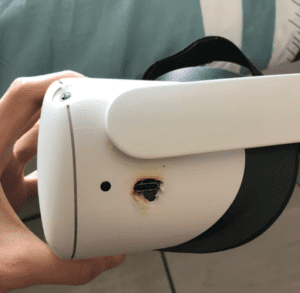 The problem, which has been ongoing for a considerable time, is highly concerning since some people have been or may have been critically injured.

It should be noted that the melting issue happens when using either third-party or stock charging cables.

“I just put it to charge with the original charger and the original cable. After a few minutes, it started to smell like burnt plastic. I saw that it was melting,” a user posted. 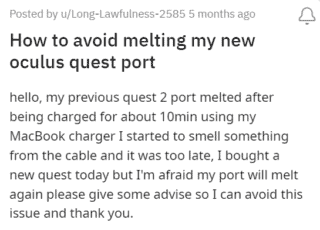 “I was cleaning up around my house when I smelled smoke coming from my room. Ran into my room to find my Quest 2 smoking and the charger port was melting. I got a second-degree burn on my hands from struggling to unplug Quest 2 from the charger,” a user reported.

Here’s how you can prevent overheating issues

The majority of the reports come from consumers who used an international or third-party cable, so you may want to avoid them in place of high-quality USB cables. 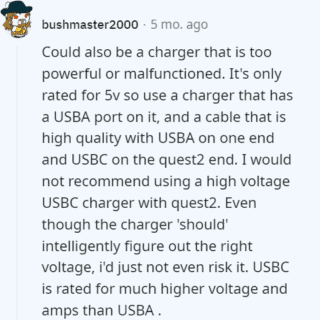 A Redditor suggested: “It is pretty much always caused by damaged connectors. Use high-quality cables and take care of them and you won’t have a problem. If you don’t properly secure your cables to the head-strap to prevent any force from being placed on the port, it can take as little as tripping over your cable once to damage your Quest.”

People who are affected should also use 5V charging devices because the headset is only authorized for lower voltages.

Meta does not appear to have responded to the problem yet. Therefore, individuals affected should strictly adhere to the outlined guidelines.

We expect that the problem is resolved quickly so that consumers can charge their devices without fear of melting the port or being injured.