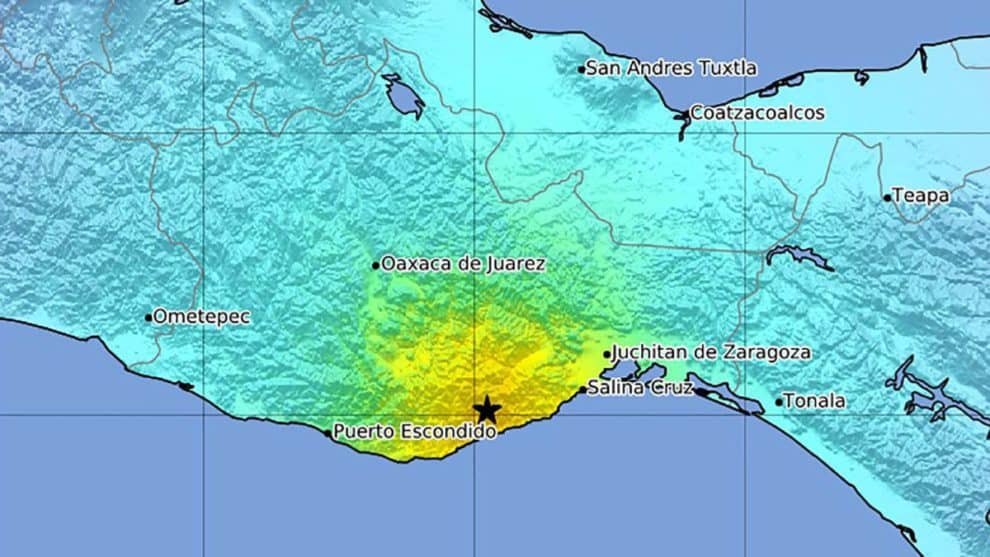 A large earthquake has hit southwestern Mexico, rocking Oaxaca and reaching Mexico City, according to the USGS. Social media is filled with chaotic photos and videos made by residents during the time of earthquake.

The U.S. Geologic Survey said the earthquake had a magnitude of 7.4 and was centered along the Pacific coast of Oaxaca state.

The earthquake struck the southern state of Oaxaca at 10.29 am local time on Tuesday morning but was felt more than 400 miles away in the capital, Mexico City, where buildings almost shook, and panicked citizens fled on to the streets.

Mexican local newspapers said there were no immediate reports of damage in the capital. Claudia Sheinbaum, the city’s mayor, tweeted: “So far no major incidents [reported].”

A tsunami threat was in place along the country’s southern coast and for Guatemala, Honduras, and El Salvador.

The videos of the earthquake in Mexico also showed no damage to the property in the city so far.

Here are some videos of Mexico Earthquake that we posted with descriptions on our Twitter handle:

Shaking was felt throughout southern and central Mexico, and in Guatemala – #MexicoEarthquake

Residents report that the tide has moved back from the shore, indicating possible incoming waves. #MexicoTsunami

Here are some more videos for Mexico Earthquake:

At Least 50 Hurt After Magnitude-6.1 Earthquake In Turkey