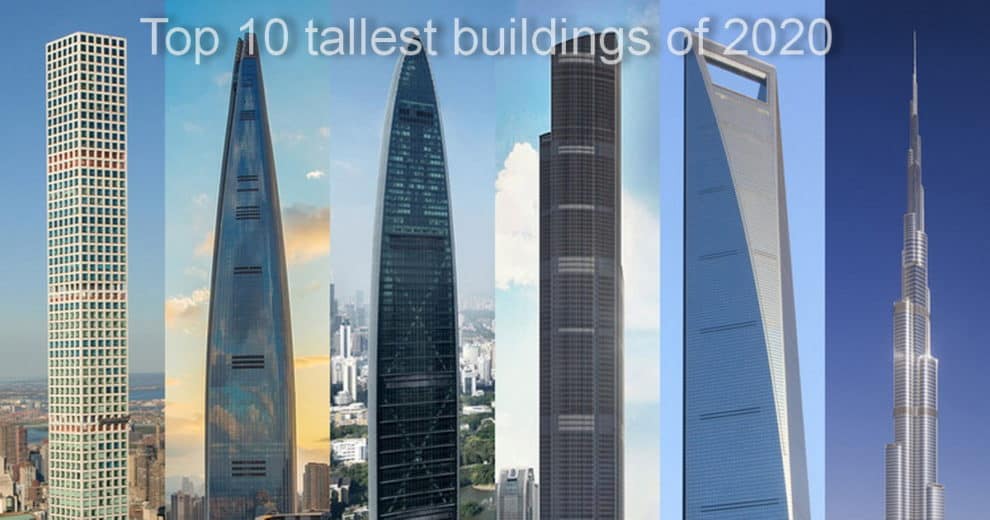 Surely, you’ll agree with me that humanity has always been obsessed with breaking its limits, and achieving new records, over and over again. One way to view that is in the race to reach the sky that started over a century ago. However, what seems like an impossibility is having a building with an altitude of approximately 3281 ft (1 km) since the competition began. In 1885, the tallest skyscraper was the Home Insurance Building, in Chicago, which has an altitude of approximately 180 ft (0.055 km). And last year, the tallest was the Burj Khalifa in Dubai, with a height of approximately 2720 ft (0.829 km). Let’s look at the top 10 tallest buildings in 2020, and see what has changed so far. 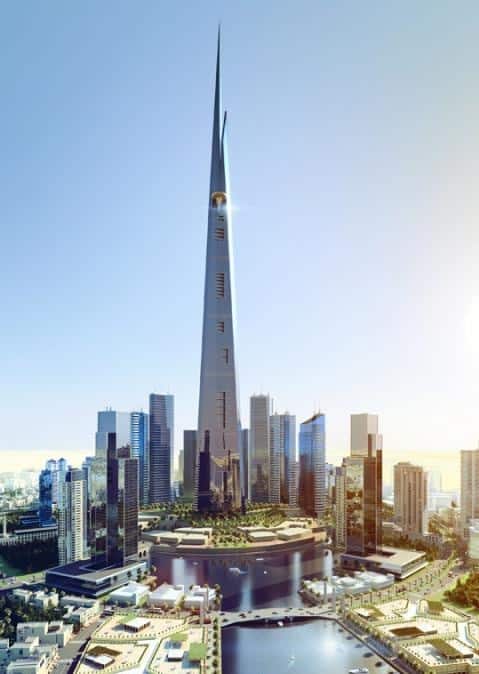 The first on the list of top 10 (+1) tallest buildings in 2020 is the Jeddah Tower. With the skyscraper in Saudi Arabia set to open in the coming months, we might be seeing a record-breaking skyscraper soon. The tower, designed by Adrian Smith and Gordon Gill Architecture, in Jeddah, Saudi Arabia, has a height of 3281 feet. It also has a total construction area of approximately 5.73 million square meters.

With an expected cost of $1.2 billion, the Jeddah Tower will feature several buildings, including a luxury hotel, office space, luxury condominium, serviced apartments, and the world’s highest observation deck. 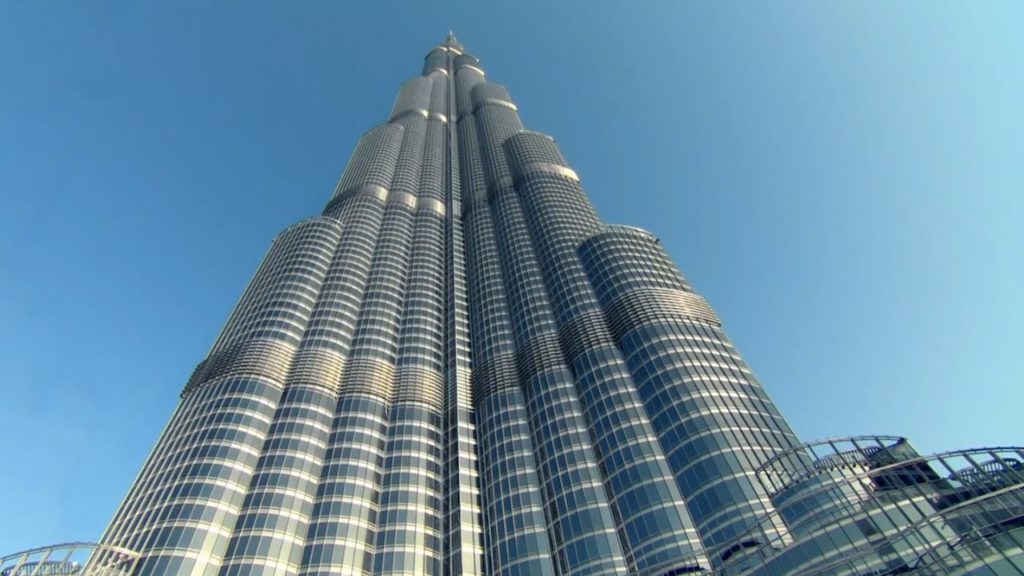 The Burj Khalifa in Dubai, still considered as the tallest building in the world so far, has a height of 2717 ft (0.829 km). However, that will be, pending the time Jeddah Tower in Saudi Arabia will be inaugurated (hopefully in the coming months). Initially, the building’s name was Burj Dubai, but it’s later renamed in honor of the ruler of Abu Dhabi. That came after he lent money to the Dubai developers to complete the construction of the tower.

Inaugurated in 2010, Burj Khalifa was designed by Adrian Smith and it features a total of 57 elevators and 8 escalators. Apart from that, it also features several other buildings, including a shopping mall, condominium, observation deck, park, and hotels. 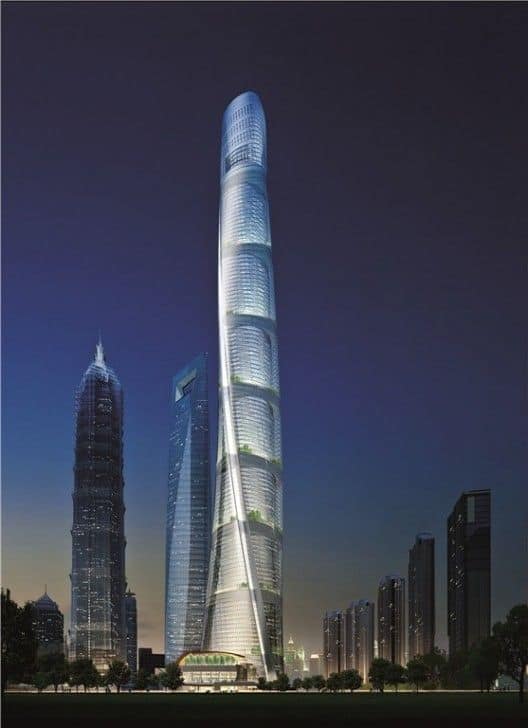 Currently, the second tallest on the list of top buildings in the world so far is the Shanghai Tower, and it’s inaugurated in 2015. It was designed by the American architectural firm Gensler, with architect Jun Xia being the leading designer. Its design takes the shape of nine cylindrical buildings stacked on top of each other. Also, it has a total of 128 floors, with each enclosed by the inner layer of the glass and transparent facade.

Furthermore, the Shanghai Tower features a lot of different buildings, including a hotel, observation deck, restaurants, sky lobby, and many more. 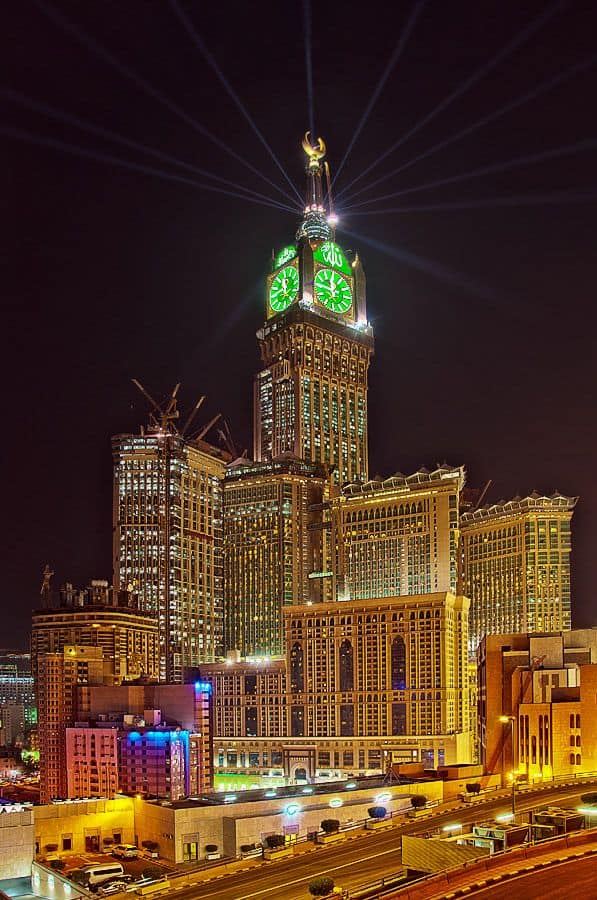 Makkah Royal Clock Tower, with an altitude of 1972 feet, is the third tallest on the list of top buildings in 2020. The tower features a lot of inside amenities, including a meeting center and an Islamic museum. Apart from that, it also features a mall, observation deck, and apartments with a capacity of occupying 10,000 people. 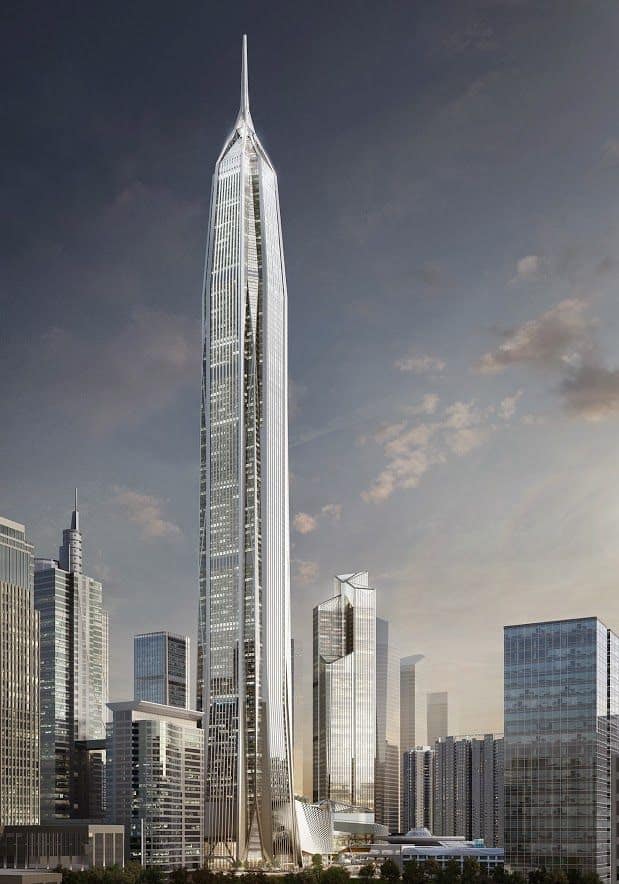 The Ping An IFC, inaugurated in 2017, has a total of 115-story and 33 fast double-decker elevators. It’s designed by the American Architectural Company Kohn Pedersen Fox Associates, while Thornton Tomasetti handled the structural design. Furthermore, the Ping An International Finance Center is the 4th tallest building so far, with a height of 1965 feet. It features a lot of buildings, including a conference center, hotel, apartments, and several high-end retail areas. 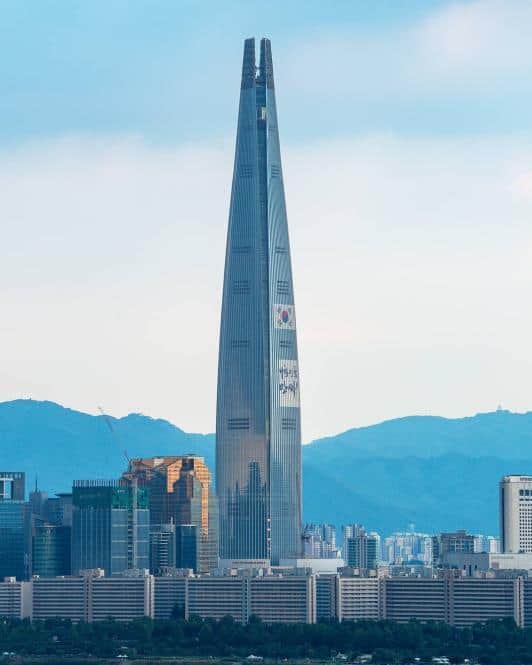 The Lottery World Tower is a multi-facility skyscraper inaugurated in 2016. It has a total of 123 floors and a height of 1819 feet. However, six of its floors are underground, which people cannot see except they get into the building.

Furthermore, it features a lot of buildings, including a luxurious 7-star hotel, retail stores, apartments, and an observer deck. It also has a unique architectural design that’s capable of resisting earthquakes on the richer scale of 9 magnitudes.

One World Trade Center, located in New York is the tallest building in the USA. It currently occupies the 6th position on the list of top 10 buildings in the world in 2020. The building has a total of 104 floors, with an altitude of 1776 feet.

One World Trade Center was designed by Architect David Childs and developed by the Port Authority of New York and New Jersey. The skyscraper was built to commemorate the 9/11 terrorist attacks. 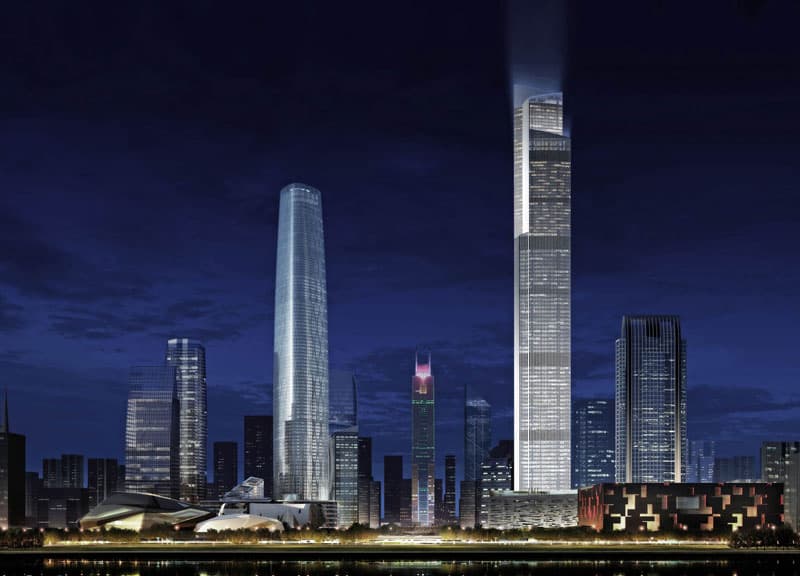 Both of the centers sit on the 7th position on the list of top 10 tallest buildings in the world in 2020. They have an almost similar structure, with each having a height of 1738 feet. Both of them have a lot of buildings, including a shopping center, apartments, parks, offices. 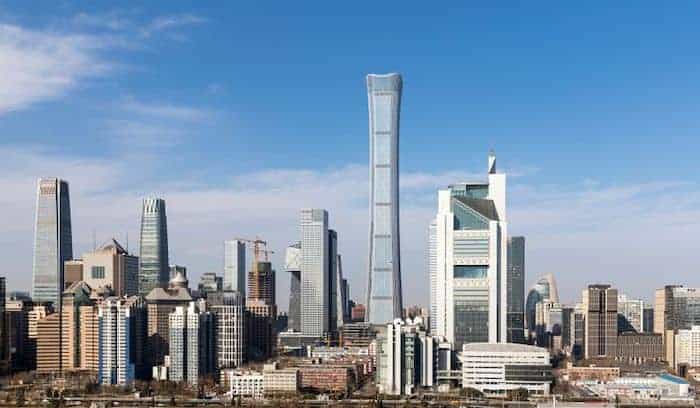 The China Zun building, completed in 2018 has a height of 1733 Feet. However, it became accessible to people in 2019. It features a lot of buildings, including offices, and luxury apartments, and sits on the 8th position on the list of top 10 tallest buildings. 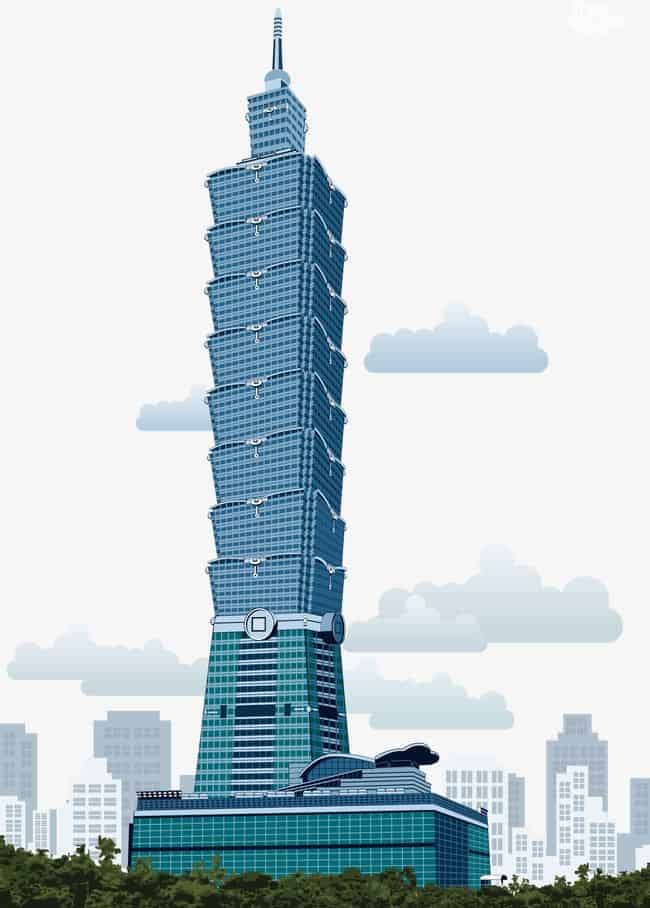 Inaugurated in 2014, Taipei 101 has a total of 101 floors and a height of 1667 feet. Also, it has a high-speed lift with the capability of moving passengers in just 37 seconds from 5th to the 87th floor. Apart from that, Taipei 101 also organizes firework shows every New Year’s Eve. Furthermore, the building has a lot of amazing places, including a hotel, offices, apartments, and observatory deck. 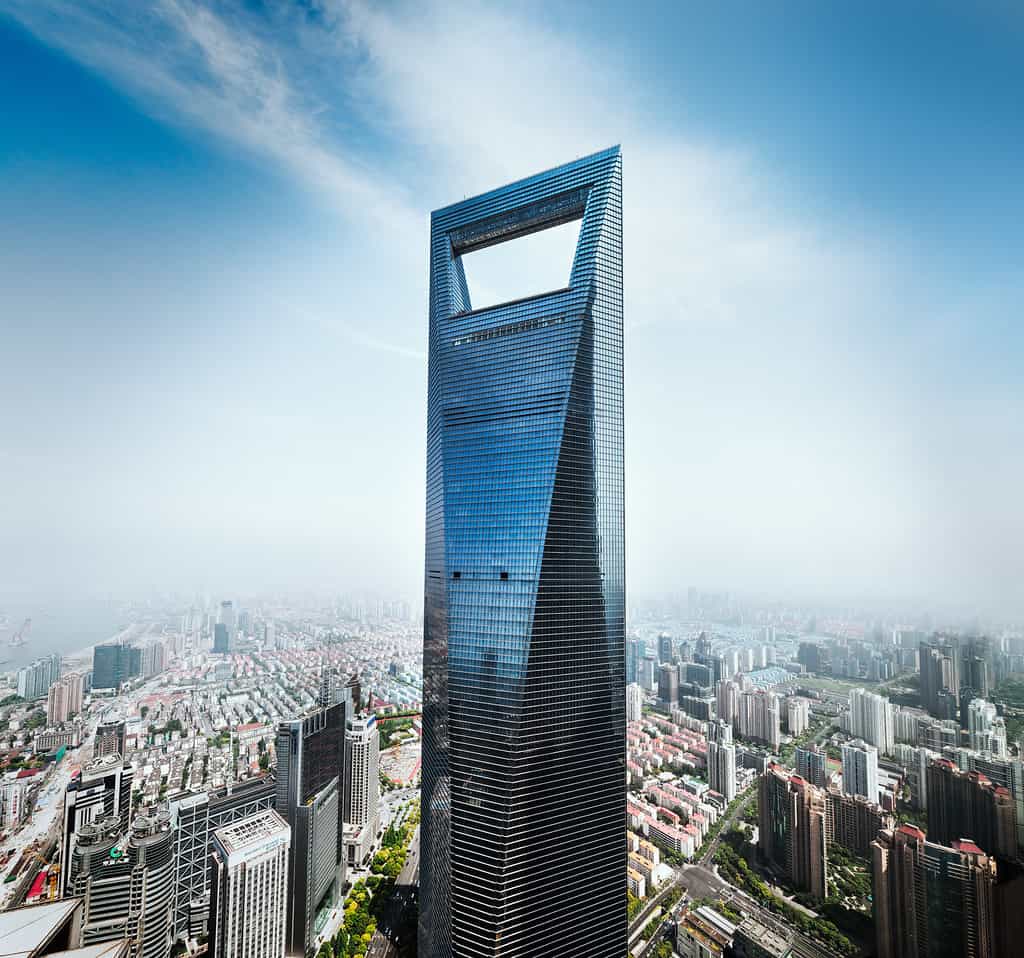 The last on the list of top 10 tallest buildings in the world is the Shanghai World Financial Center. It has a total of 101 floors and a height of 1614 feet. The tower also has a trapezoid opening and a variable air volume function to help prevent compressive and twisting stresses from people inside heavy machinery. Furthermore, it has a lot of inside amenities, including restaurant, meeting hall, shopping mall, and observatory.