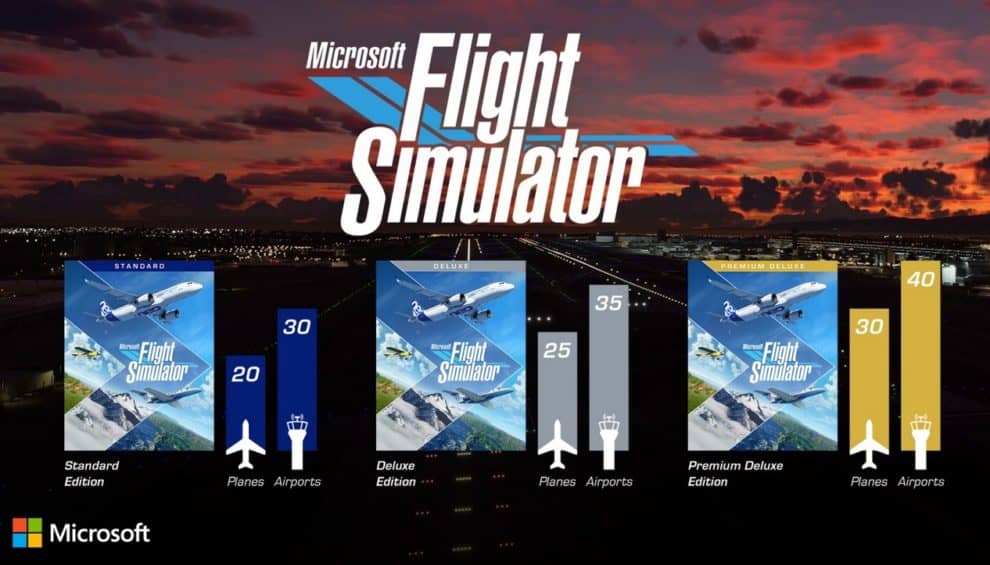 Microsoft has today confirmed the release date of its Flight Simulator for PC. With that, PC game lovers will be able to enjoy a similar experience as pilots or people who use flight simulators. Microsoft Flight Simulator, which is the next-gen of the hyper-detailed series that has been running for a few decades, was in the hands of alpha testers for months. Now, it’s available for gamers to pre-order their copies. According to the company, the Flight Simulator will be available in three digital editions. Also, it’ll be available free of charge for gamers who have Microsoft’s Game Pass for PC. It’s also available for pre-download, though users won’t be able to play it until the release date.

In this article, we’ll be sharing with you everything we know about the Microsoft Flight Simulator for PC.

According to Microsoft, the release date of its new Flight Simulator for PC is August 18. However, users can now start to pre-order or pre-download it.

Here’s a brief of what Neumann said about the simulator below:

Talking of the game features, the Microsoft Flight Simulator will offer gamers the ability to explore the world. There are over 2 million cities, 1.5 billion buildings, roads, trees, real mountains, rivers, animals, and traffic, for them to explore. Apart from that, flyers will also be able to test their skills, by flying day or night in real-time weather conditions, including accurate temperature, rain, wind speed and direction, humidity, and lighting. There’ll also be a new checklist system before takeoff, and that’ll serve as a guide for beginners.

According to Microsoft, the upcoming Flight Simulator, which you can now pre-order or pre-download, will be coming in three different versions. Firstly, there’ll be one, Standard Edition, including 20 planes and 30 airports. It’ll sell at a pre-order price of $59.99. The Deluxe Edition will come with five extra planes and five additional airports and sells at a pre-order price of $89.99. Lastly, there’ll be the premium deluxe edition, including ten extra planes in total and ten additional airports. That’ll sell at a price of $119.99 for pre-order.

It’s worth noting that the Microsoft Flight Simulator will also launch free of charge. However, only the gamers with the company’s game pass will be able to enjoy that. Talking of the Airports, the likes of San Francisco or London’s Heathrow airport will be on the premium edition. On the other hand, Amsterdam’s Schiphol and Chicago’s O’Hare airport will be available for the deluxe edition.