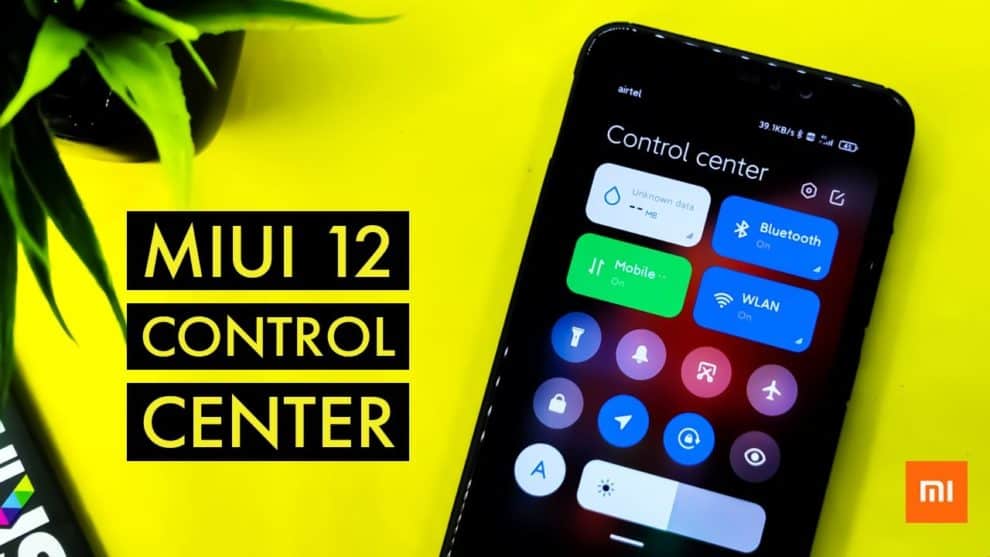 With over 400 million users across the world, you’ll surely agree with us that MIUI is currently one of the most popular Android skins available out there. Over the years, Xiaomi has been improving its operating system in terms of user experience. The company introduced its latest Android skin MIUI 12, about six months ago. Now, the stable version of the operating system has started rolling out to the eligible devices. Interestingly, the update comes with a host of features and improvements. One of them is the new control center, which has now become very easy to access. One problem with that, however, is that the feature is also accessible even when devices are locked. Well, many MIUI 12 users have now taken to the Mi Community, saying they’d prefer the new control center to hide on the lock screen.

Reasons To Disable Control Center On The Lock Screen

Unarguably, one of the highlights of the new MIUI 12 Android skin is the new control center. That’s because the new feature provides users with many functionalities.

Earlier, in one of our posts, we talked about how you can enable the new MIUI 12 control center. Apart from that, we also talked about the benefits attached to it. One of them is that users will be able to quickly and easily access their notifications and the quick settings option. However, the feature isn’t without its own issues.

First, the feature is easily accessible on the lock screen. However, many MIUI 12 users said they’d prefer to hide the new control center on the lock screen. The reason for that is to prevent unauthorized access to the quick settings option and notifications. Apart from that, another problem with the control center is that some MIUI 12 users are experiencing background blur issues.

The Feature In Question Is Under Testing In China

Here’s what the company posted about it below:

“Indeed, the feature in question is currently under development and supported in the Chinese version MIUI China, and it is expected soon to be launched in the MIUI Global version for all users after the MIUI 12 interface update.” 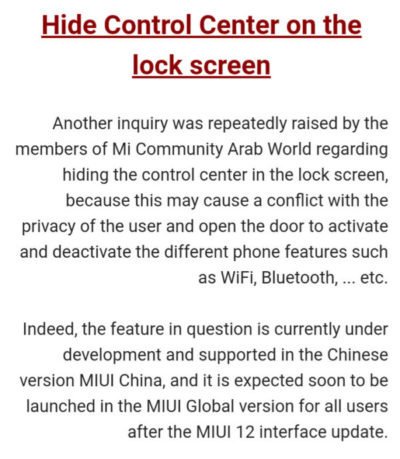 As for the background blur issues reported by MIUI 12 users, the company also assured that it’ll roll out a fix to address it in the coming update.