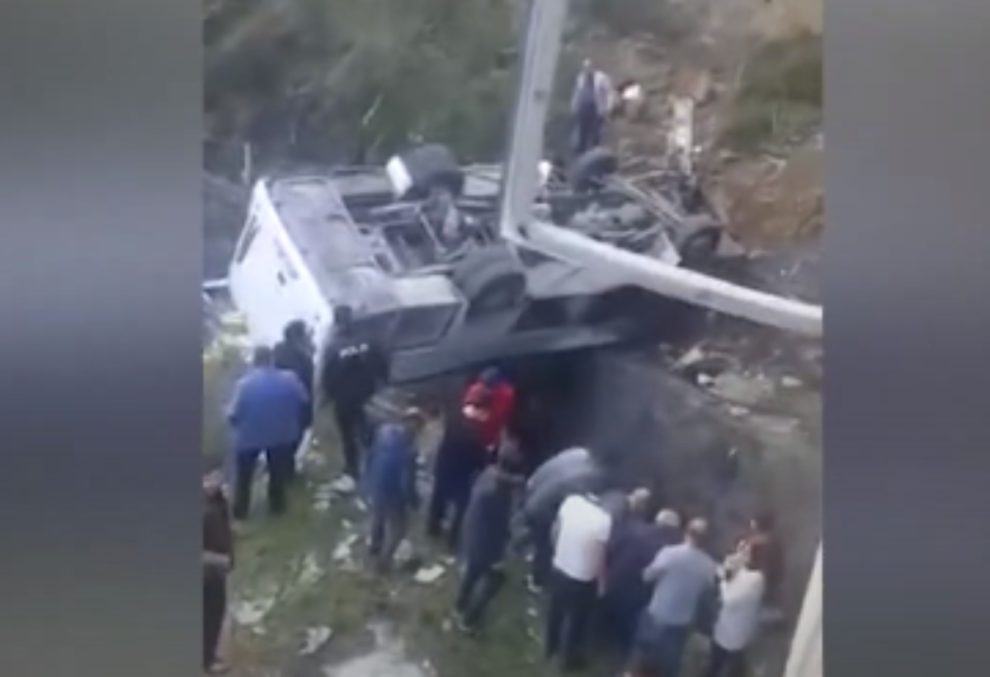 According to the NTV broadcaster, Kocaeli Governor Seddar Yavuz stated that the bus carrying students fell into a dry creek bed from a connection bridge and overturned.

According to NTV, the bus driver lost control of the vehicle on the bridge, collided with a passing woman, and then tumbled.

Multiple ambulances were dispatched to the scene from surrounding districts. According to local reports, two people died, including a student and the woman hit by the bus.