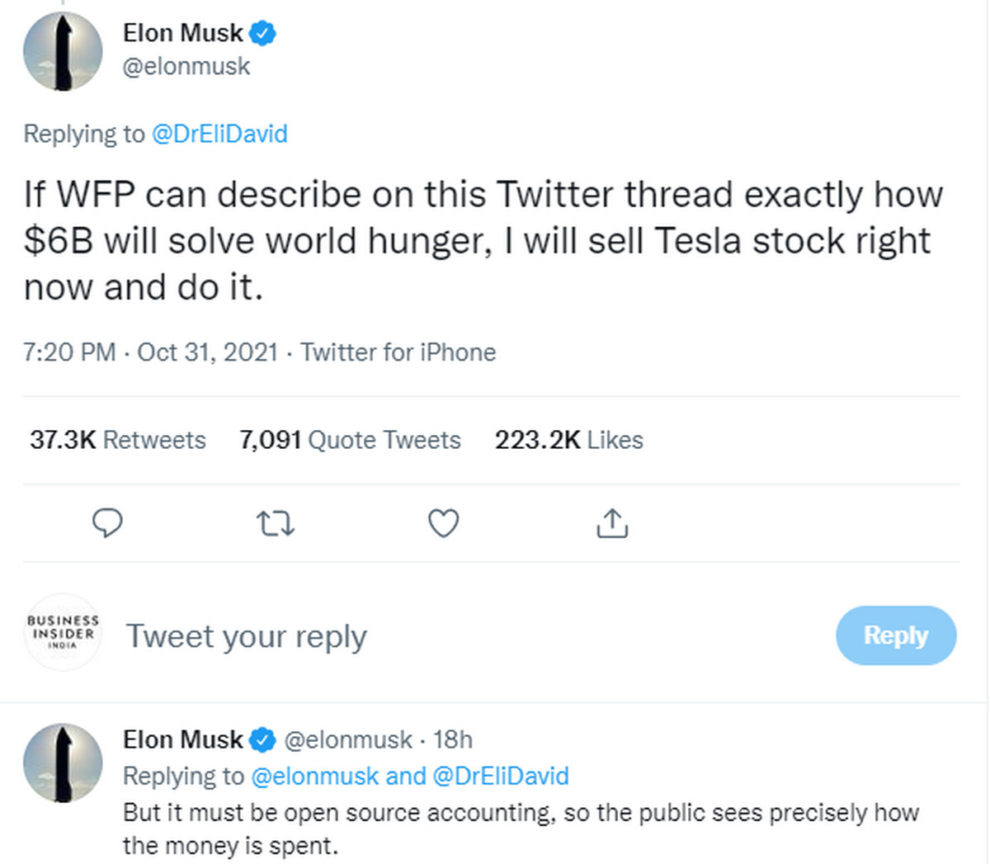 Speaking to CNN, David Beasley, the director of the United Nations World Food Programme (WFP), urged Musk and Jeff Bezos (the world’s second richest person) to reconsider where their money is going.

“$6 billion to help 42 million people that are literally going to die if we don’t reach them. It’s not complicated,” he said.

Responding to Beasley, Musk stated late on Sunday that he is willing to assist if the WFP can explain how $6 billion will help end world hunger.

“If WFP can describe on this Twitter thread exactly how $6B will solve world hunger, I will sell Tesla stock right now and do it”, Musk posted.

“But it must be open source accounting, so the public sees precisely how the money is spent,” he added.

Please publish your current & proposed spending in detail so people can see exactly where money goes.

Sunlight is a wonderful thing.

The World Food Programme (WFP) assists over 115 million people in 84 countries through emergency food or cash distributions, nutrition support programmes, and other activities.

Musk is currently worth a whopping $300 billion, and Beasley claims that just 2% of his fortune could save the lives of more than 40 million people “who are literally going to die.”

The increase in wealth was due to a rise in Tesla shares after the electric car company inked a massive deal with Hertz to buy 100,000 of its vehicles.

Musk is now worth more than Egypt, Portugal, the Czech Republic, Greece, Qatar, and Finland combined.

He is also worth more than PayPal, the company he co-founded, and streaming behemoth Netflix.