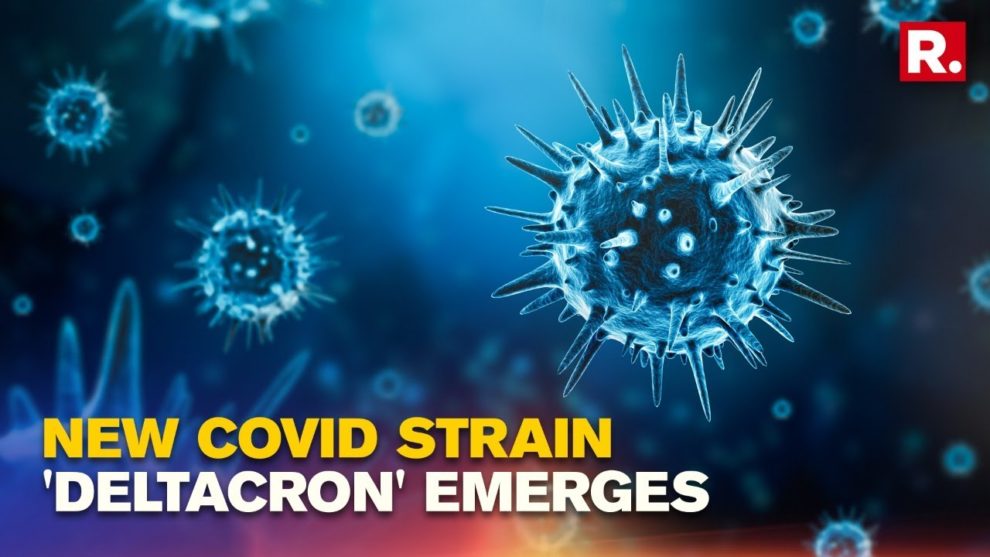 Deltacron, a new variant, has been discovered in Cyprus. Deltacron has a genetic background similar to the Delta variant, but with ten Omicron mutations. In Cyprus, the variant has already affected 25 people.

According to Dr. Leondios Kostrikis, the head of the biotechnology and molecular virology laboratory at the University of Cyprus, 11 of the 25 samples of people collected in Cyprus were hospitalised due to the virus, while 14 were from the general population, as reported by the Cyprus Mail.

‘Cases of simultaneous flu and COVID-19 infections have also been detected – 2 in the US and 1 in Israel. While in the US, ‘Flurona‘ was found in two young children; in Israel, it was detected in a pregnant woman.’

According to Kostrikis, the fact that the mutation frequency was higher among hospitalised patients could indicate a link between the new variant and hospitalizations.

Not a variant of concern

However, Cyprus’s Health Minister Michalis Hadjipandelas was quoted as saying that the new variant was not something to be concerned about at the moment.

According to the Cyprus Mail, it is “quite possible” that the new strain has not been found elsewhere, and the sequences of the cases have been sent to GISAID, an open-access database that tracks developments in the coronavirus.

According to research, the coexistence of Delta and Omicron increases the likelihood of a new variant due to gene trading.

In line with this, France recently discovered a variant with 46 mutations known as IHU.

According to a yet-to-be peer-reviewed study supported by the French government, the new variant from the lineage known as B.1.640.2 is believed to have infected 12 people in the country.

While it may pose a greater risk than Omicron, which has been described as highly transmissible but mild in infections and less lethal than previous Delta variants, researchers cautioned that “it is too early to speculate on virological, epidemiological, or clinical features of this IHU variant based on (just) 12 cases.”

Not an actual variant?

Deltacron, according to virologist Tom Peacock, may not be an actual variant, but rather the result of contamination.

“So when new variants come through sequencing lab, contamination isn’t that uncommon (very very tiny volumes of liquid can cause this) – just usually these fairly clearly contaminated sequences are not reported by major media outlets,” he explained.

UPDATE: Other researchers believe Leondios Kostrikis’ findings are the result of laboratory contamination. In an emailed statement, he told Bloomberg that the cases he has identified “indicate an evolutionary pressure to an ancestral strain to acquire these mutations and are not the result of a single recombination event.”