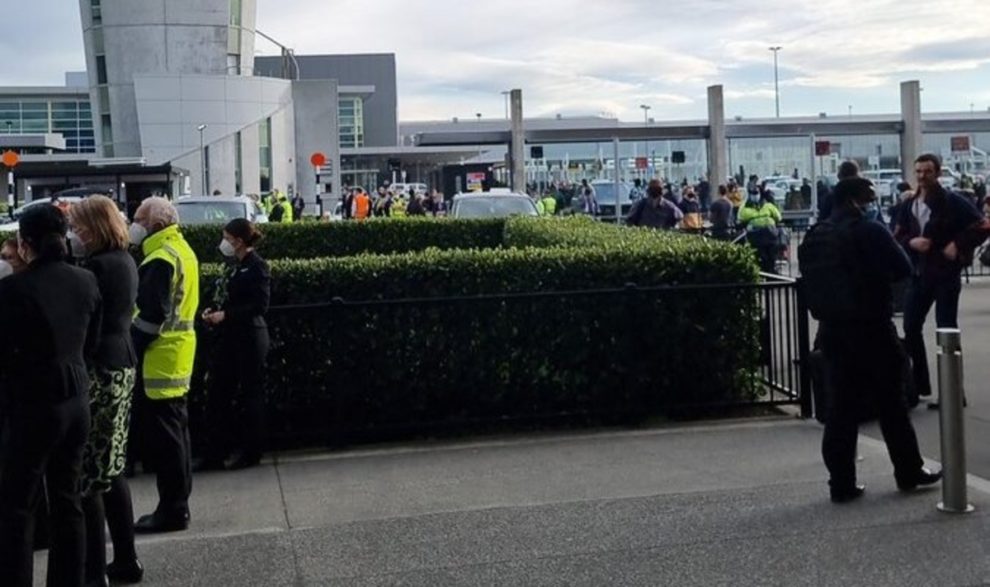 According to a police spokesperson, the domestic terminal at Christchurch airport is being evacuated as a precaution.

The airport in Christchurch has been evacuated following the discovery of a “item of interest.”

“Our terminal is currently evacuated while Aviation Security and Police deal with an incident. We will provide updated details when possible,” Christchurch Airport tweeted.

Around 8.15 a.m. on Thursday, airport personnel were forced to evacuate the terminal building.

According to a police spokeswoman, officers were alerted to “an item of interest” at the airport around 8 a.m.

She stated that the domestic terminal had been evacuated as a precaution.

According to the Aviation Security Service, an Avsec officer discovered what appeared to be a “Improvised Explosive Device (IED)” at one of the security screening points at Christchurch Airport, 1News reported on Thursday morning.

Police and aviation security are looking into the incident.

According to a spokesperson for Christchurch Airport, the incident that prompted the evacuation has been resolved.

People are re-entering the terminal now that it has reopened.

New Zealand to track whereabouts of residents, asks businesses to keep record either by QR code scanning or paper registers to help in contact tracing